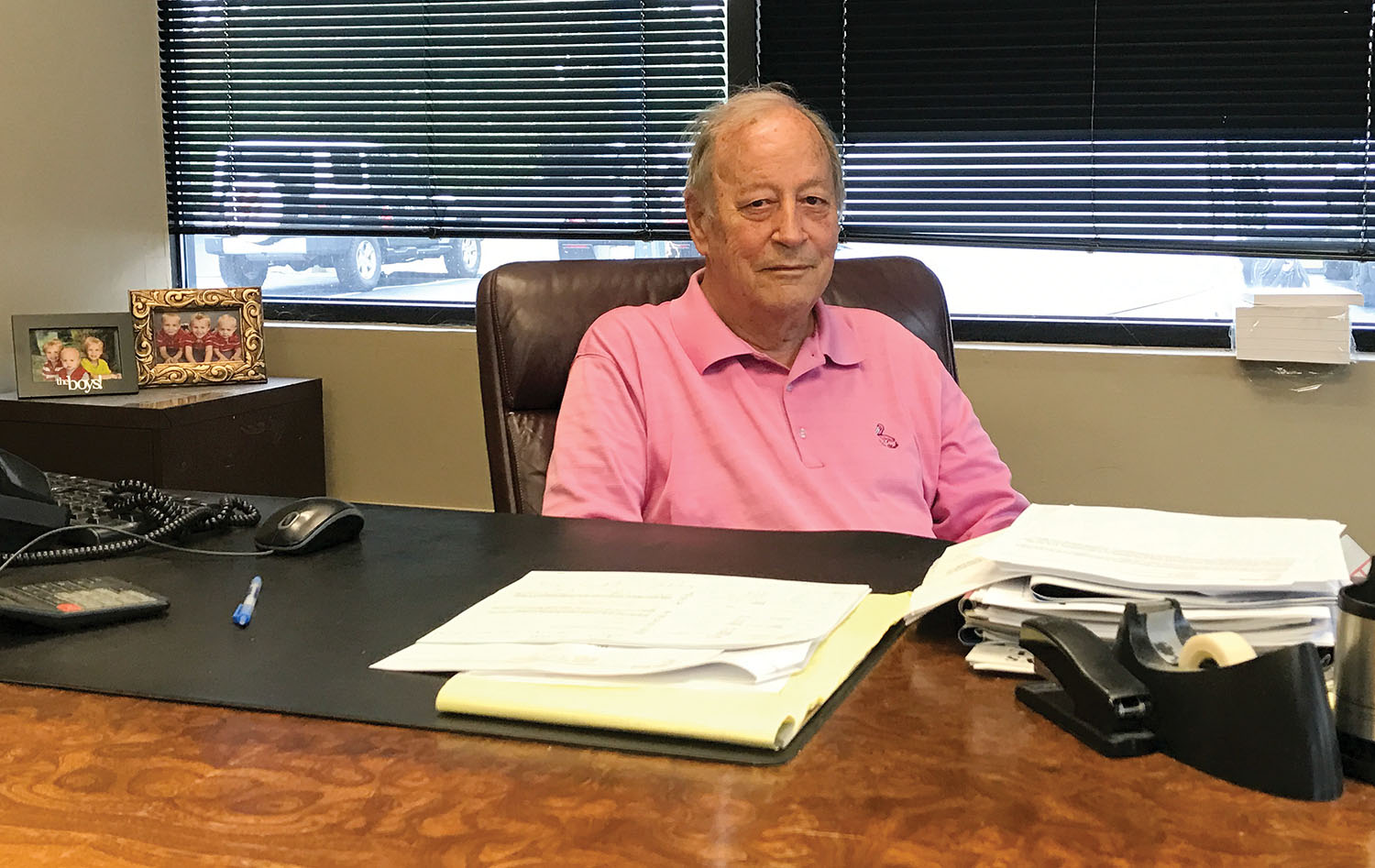 When he was four years old, the foundation for Pete Merrill’s future was taking shape. His father, Jack, a claims manager at The Valley Line in St. Louis, had left the company to start a marine brokerage and surveying firm. He called it Merrill Marine Services Inc. and he set up offices in downtown St. Louis at the Railway Exchange building. Joining him as surveyors were such well known rivermen as Al Dudley, Eugene Schroeder and Howard “Brother” Collins.

When Pete turned 16 in 1960, his father died, leaving his mother, Louise, to step in and run the business, much against the advice of industry veterans who thought a woman was ill-suited for that kind of work. She was encouraged, however, by some of her husband’s friends, namely Charlie French of The Valley Line, and she stayed the course, Pete Merrill said.

Two years later, a towering figure who had been a pilot on the Upper Mississippi River, and, tangentially, a professional basketball player and member of Mensa, joined Merrill Marine Services. His name was Capt. Ralph Clark and he would go on to mentor Pete, who remembers the phone call from him that roped him into the business.

“I was watching Jeopardy in my living room at about 10 a.m., in 1964, when Ralph Clark told me there was an Aiple barge trying to sink, and did I want to go with him,” Pete said. At the time, Pete was taking some required courses at a local college that held little interest for him. “I said ‘sure,’” Pete recalled telling him, “and I have been at it ever since.”

With his mother handling the administrative and brokerage ends of the business—and placing weekly ads always at the bottom of the first page of classified advertising in The Waterways Journal, which continues to this day—Pete was free to apply himself to surveying and appraising. He didn’t like it at first. Crawling around barges all day and staying in remote river towns at night led him to question the wisdom of his leaving school. But as time passed and the business grew, he was able to share some of the work with other employees, and that helped to ease the tedium, he said.

Over the years, Merrill Marine Services would expand to have offices in Paducah, New Orleans and wherever the work required extra bodies on site. Rivermen such as J. Stuart Corsa, James “Goat” Patterson, Bruce Mechling, Bill Carrier, Bill and Jim Manley, Darwin Dupuis, Sammy Gardner, Norm Antrainer, Jim Pritchard and others would pass through the ranks at the firm, later to become well known on their own, having honed their trade at Merrill Marine.

When Pete’s mother retired in 1990 and moved to Sedona, Ariz., the sale and purchase of boats and barges became the responsibility of Steve Parsons, a classmate of Pete’s in high school, who had been doing appraisal work at a St. Louis bank.

Ask any group of river industry folks about Pete Merrill and the question will in every case be greeted with a grin, such is his penchant for good-natured fun. While many will attest to his encyclopedic recall of names and events on the river, others will tell of his athleticism, and still others of his intellect.

“Pete is a remarkable person and character, who can both amaze you and confound you, sometimes at the same time or certainly the same day,” said Goat Patterson, who now runs Osage Marine Services, a fleeting and harbor service based in St. Louis. “While he has certainly made his name in the river industry, I, who have known him for 60 years, think he missed his calling. He could have been equally successful in the entertainment industry.”

Merrill treasures many memories of his long career, but the one that stands out the most is a job that took him to Qatar. “I went (there) to inspect a dredge that had been in Los Angeles for three years,” he said. “I had inspected it there to evaluate it relative to county tax laws, and it wasn’t much changed in Qatar, although it had been used to build their airport.

“During that trip, I was able to tour Tel Aviv and Cairo, Egypt, but got questioned sharply by an Israeli guard before continuing on to the desert,” he said. “Other memorable tasks include inspecting an Incat-built, 260-foot vessel in the Canary Islands, and the first deepwater drill ship built at Hyundai Heavy Industries in South Korea.”

Place an early morning call to Merrill Marine Services before the receptionist arrives, and you will more than likely be talking directly to the 75-year-old surveyor himself, still at it after 55 years.