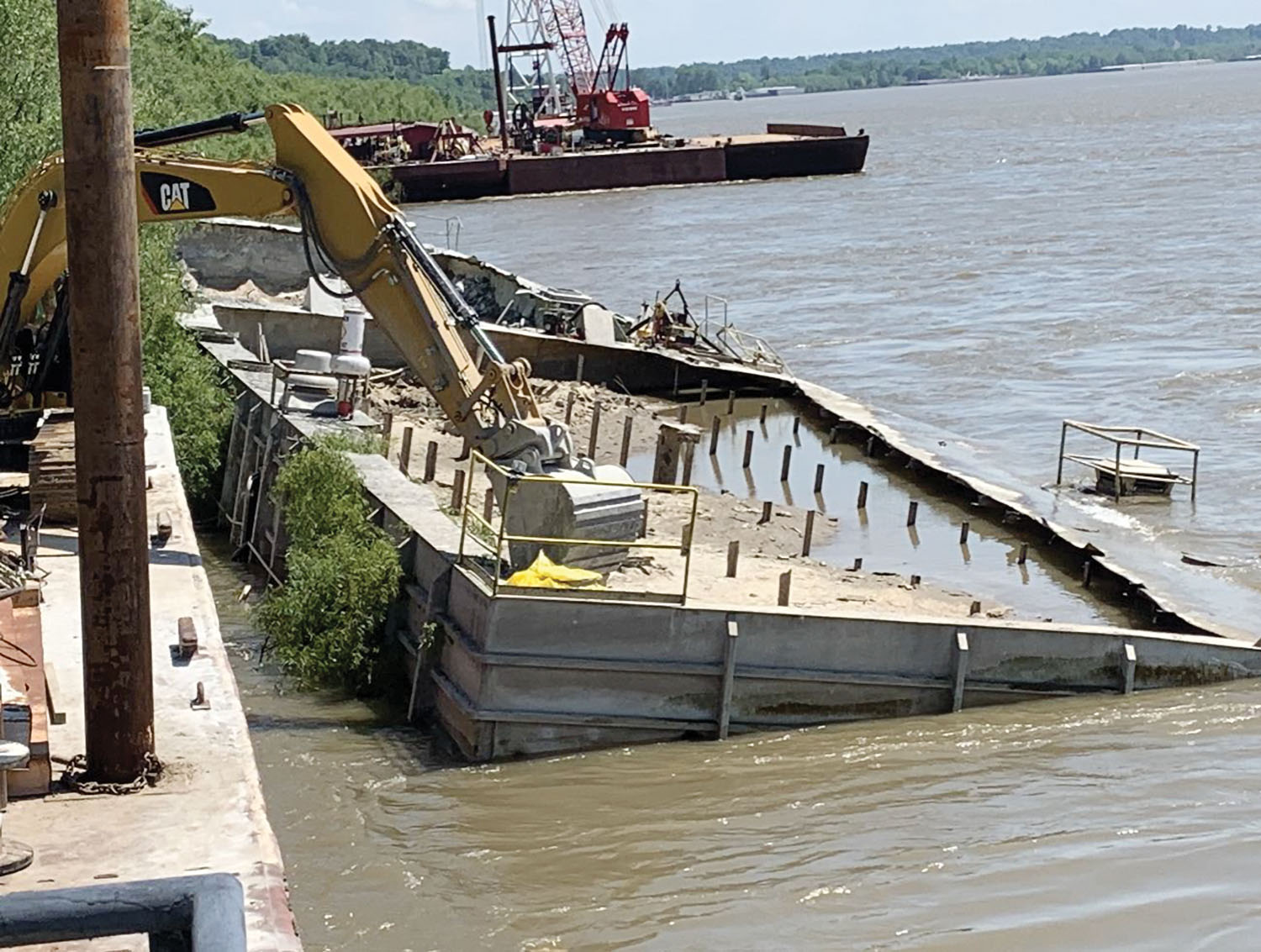 Okie Moore Diving & Marine Salvage (owned by Wepfer Marine since September 2015) has been busy. During the past year, the company has completed salvage of a cement barge on the Mississippi River near Columbus, Ky., removing more than 500 tons of aggregate, and performed another salvage job and dock repair on the Illinois River.  The company also moved some of its equipment to Calvert City, Ky., and is using the Ron Mook to push the rig around.

It has repowered the mv. Mary Leavell with a QSL/Cummins engine. The triple-screw, 900 hp. Mary Leavell was originally built by LeMay Barge & Supply and was previously named the Miss Pat and the Drake. It was acquired by Wepfer in 2004.

The company is also christening a new crane barge built out from a jumbo hopper barge formerly owned by Ingram, platforming a 230-ton Manitowoc crane.  It is named the Capt. Bruce after Bruce Gibson, president of Okie Moore for the past three years, who has been with the company since 1978 in various capacities.