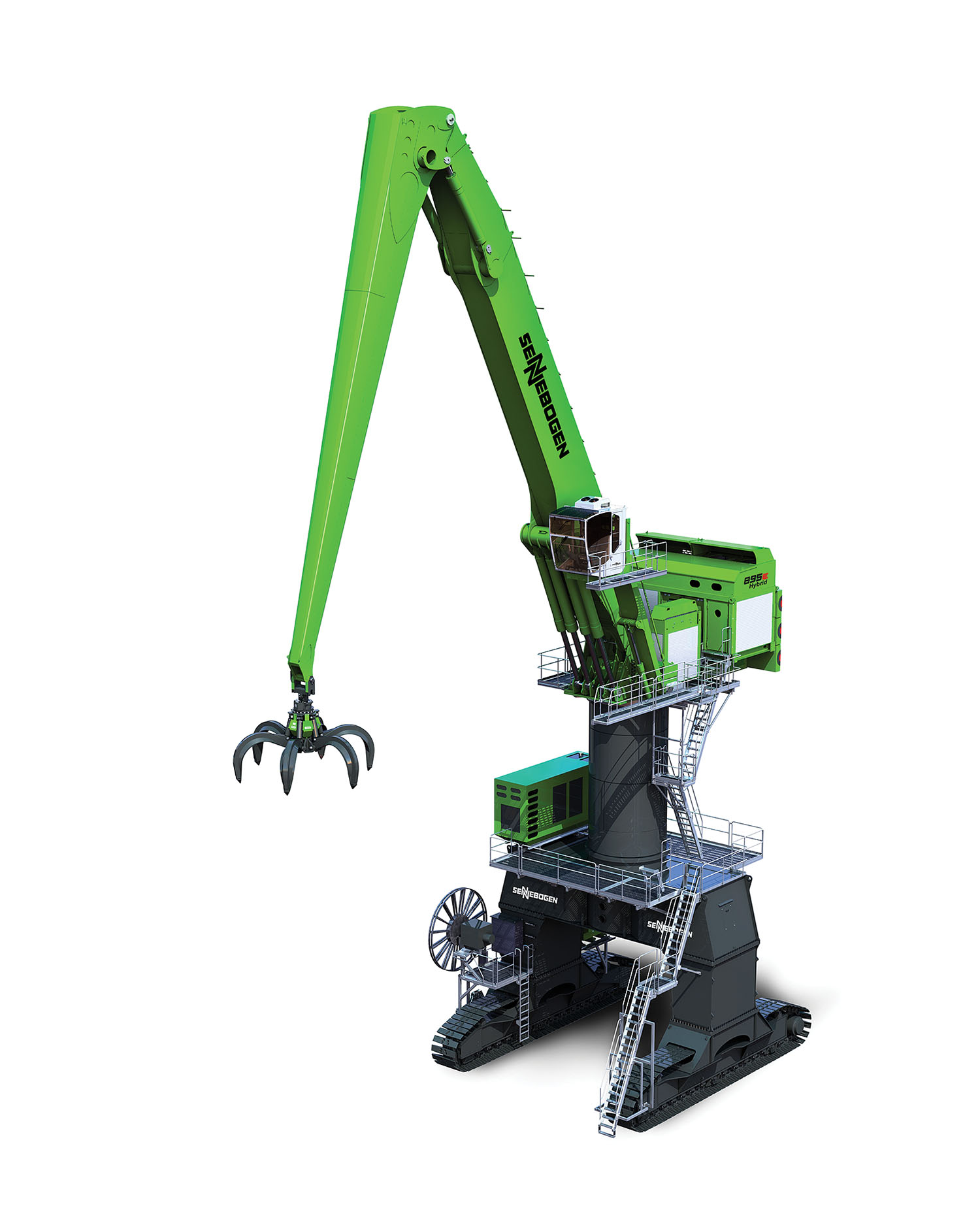 Sennebogen has announced plans to deliver the first of its new record-setting 895 E Series model material handlers to North American customers next year.

At an estimated 390 tons and reach of more than 130 feet, the 895 E is reportedly the largest purpose-built material handler ever built. Sennebogen first unveiled the gigantic machine to the public at the firm’s world headquarters in Straubing, Germany, coinciding with the Bauma 2019 exposition taking place at nearby Munich.

The 895 E is earmarked to take a prominent place in the manufacturer’s growing fleet of green machines focused on ocean and river port applications.

The development of the new material handler has focused particularly on energy efficiency and operator comfort. The Sennebogen 895 E comes with the company’s innovative energy recovery system and will be offered in multiple drive versions. Multiple cab configurations are also available to give operators the optimum view of their work environment.

“The dimensions of this, our largest material handler, make everything else that we ever produced seem small,” said Constantino Lannes, president of Sennebogen LLC. “The operational weight alone is around 780,000 pounds.”

The 895 E is powered by a 755 hp. (563 kw.) diesel motor or optional 670 hp. (500 kw.) electric drive motor. It’s offered with a choice of three standard undercarriages including a crawler mount, rail mount and even a mobile model running with 14 sets of wheels. With its long reach and a maximum lift capacity of up to 50 tons, the 895 E gives major harbors a new option for loading containers and large steel coils, as well as the usual fare of bulk materials and general cargo.

Up in the 895’s PortCab, operators oversee their work zone from an eye level of up to 72 feet. In the optional Skylift cab, the operator can move the cab forward over 36 feet in order to maneuver into the best vantage point of the loading area.

Caption for photo: The Sennebogen 895 E has a reach of more than 130 feet and is powered by either a diesel or electric-drive motor.