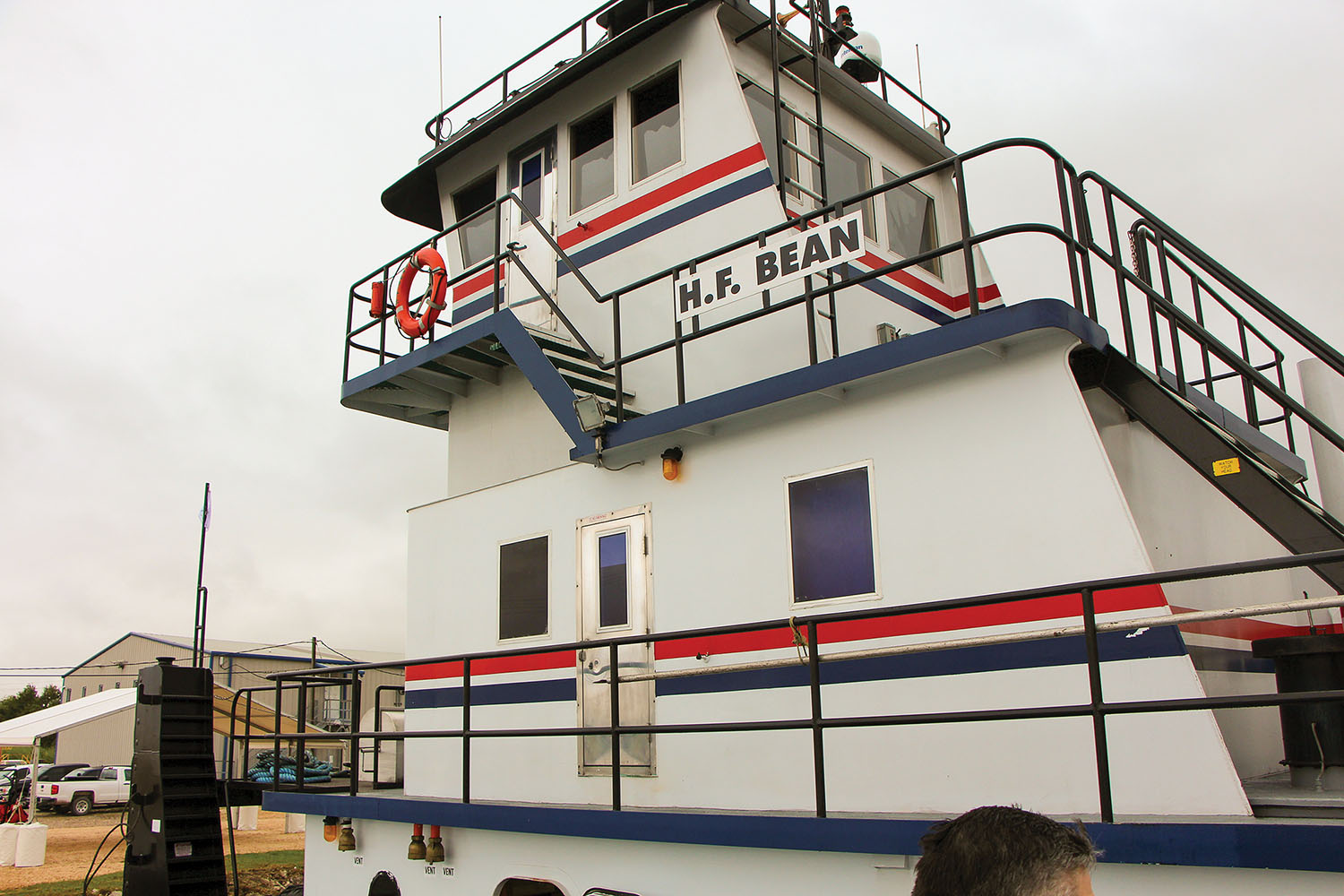 “Operational Excellence” and “Goal Zero” are lofty goals for any organization, to be sure, but for Marine Fueling Service Inc. (MFS), they are more. They are a firm commitment to be the premier fleeting, fueling and shifting provider serving the Sabine Neches Waterway and Gulf Intracoastal Waterway. And to help achieve that goal, MFS held a christening October 16 for a reconditioned towboat, the mv. H.F. Bean, and a new fuel barge, Texas Fueler, at its landing in Port Arthur, Texas.

“This is another example,” said MFS President Chris Bean, referring to the new marine equipment, “of us reinvesting in the company to provide highly efficient services to our customers.”

In past few years, Marine Fueling Service has amped up the operating efficiency of the fleet with improved moorings and an expanded area for linehaul staging and tow building. In addition, the company has replaced the old offices with new ones and made significant updates to bulkheads and facilities. The fleet is located at Mile 277 WHL on the Gulf Intracoastal Waterway. The office is located at 9000 Yacht Club Road.

The boat is the former Kami Renee owned by E-Squared Marine Services LLC. It was built in 2011 by A&B Industries as the Maverick J for CLM Towing LLC, Mauriceville, Texas. Marine Fueling Service bought it in December 2018 from E-Squared Marine and renamed it the mv. H.F. Bean. It is a 61-foot, 1,320 hp. twin-screw vessel with Cummins QSK19 diesel engines and Twin Disc 6:1 reduction. Sterling Shipyards, Port Neches, Texas, upgraded all the boat’s systems and repainted it in the company’s distinctive red and blue color scheme.

Speaking at the christening ceremony, Chris Bean explained that the boat is named after the family heritage of members with the name H.F. Bean. The first H.F. Bean was Chris’ great-grandfather, who served in the Steamboat Inspection Service, later incorporated into the U.S. Coast Guard. Other namesakes are his grandfather, who was a founder of Marine Fueling Service Inc.; his father, nicknamed Butch; his brother, whom they call Hal, both of whom formerly worked for the company; and his nephew Foss, who presently works for the company as an operations specialist.

The honor of christening the boat went to Foss Bean, while Chris and his sisters, Tissie Bean and Sarah Tyler, joined him for the ceremony.

The Rev. Sinclair Oubre asked for God’s blessings on the boat and presented the ship’s Bible to Capt. Paul McKinney, while Rick Burgard, vice president, recognized the crew, consisting of Trey Dubose, Josh Johnson, Miles Watson and Christopher LeBlanc. Coast Guard Captain of the Port Jacqueline Twomey presented the crew with a ship’s flag and spoke about MFS’ many contributions to the Sabine Neches Waterway industrial complex.

The new innovative, 4,500-barrel fuel barge stole the show, though. Named the Texas Fueler and built by Sterling Shipyards, it measures 130 by 35 by 10 feet. Other capacities are 5,300 gallons of diesel exhaust fuel, 2,200 gallons of lube oil in each of six tanks, 28,000 gallons of potable water, and 6,500 gallons of bilge and wastewater storage. There is ample storage for drums and supplies like hydraulic oil and rags, and a receptacle for household trash.

Among the innovations are individual hydraulic pumps and dedicated hose reels for all products. For fuel, there are 3-inch and 1-inch hoses on a hose reel and a dedicated pump. Likewise, there are dedicated hoses and pumps for lube oil, diesel exhaust fuel, water, drums and bilge/wastewater.

The Texas Fueler is designed with control stations for each pump on both sides of the barge so that tankermen can observe fueling during the entire operation. The fuel tanks have Bergan radar gauges with calibrated gauging to monitor fuel levels and calculate fuel on board. The units can wirelessly transmit this information to the office. There are also paddle gauges on the lube oil and diesel exhaust fuel tanks to visually show levels without risk from a broken sight glass or potential spill of product.

Robert Goolsby, who emceed the event, welcomed guests to the event. He recognized the Marine Fueling team and their families, stressing the importance of the contributions they make.

“The team, including shore and vessel personnel and their families, are the true reason for Marine Fueling’s continued success,” he said. “Marine Fueling Service continues to support the local industry with the services they provide and by reinvesting in the family business.”

He also gave an overview of the H.F. Bean and the Texas Fueler, highlighting the innovative and operational efficiencies in the design of the fuel barge.

At the ceremony, Jason DeJohn, MFS’ fleet manager, recognized the tankermen who provide expert services for the transfer of fuel and other products to and from the barge: Jerred Plimpton, Bryce Malbrue and Andrew Pineda.

Harry Murdock, general manager of Sterling Shipyards, thanked MFS for the privilege of building the new fuel barge, saying when he first saw the plans for the barge it was much different from the finished product. Marine Fueling Service knew exactly what they wanted and by working with his team and that of The Shearer Group Inc., they “built a truly unique barge that provides a safe and efficient platform for providing fuel services both dockside and mid-stream,” he said, thanking the many venders that worked to provide innovative services and equipment for the barge.

Note: For more pictures from the christening ceremony, see the slideshow below. 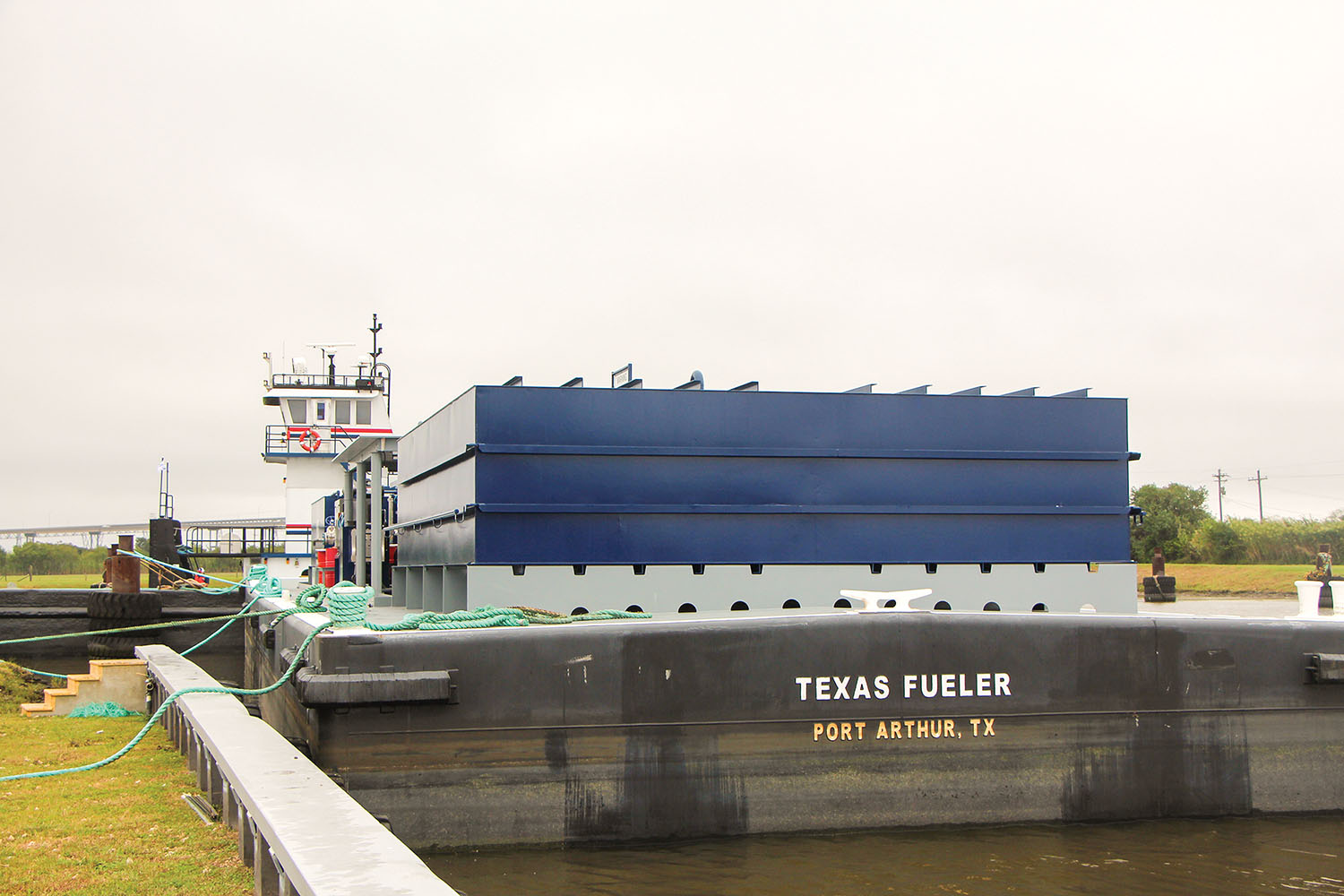 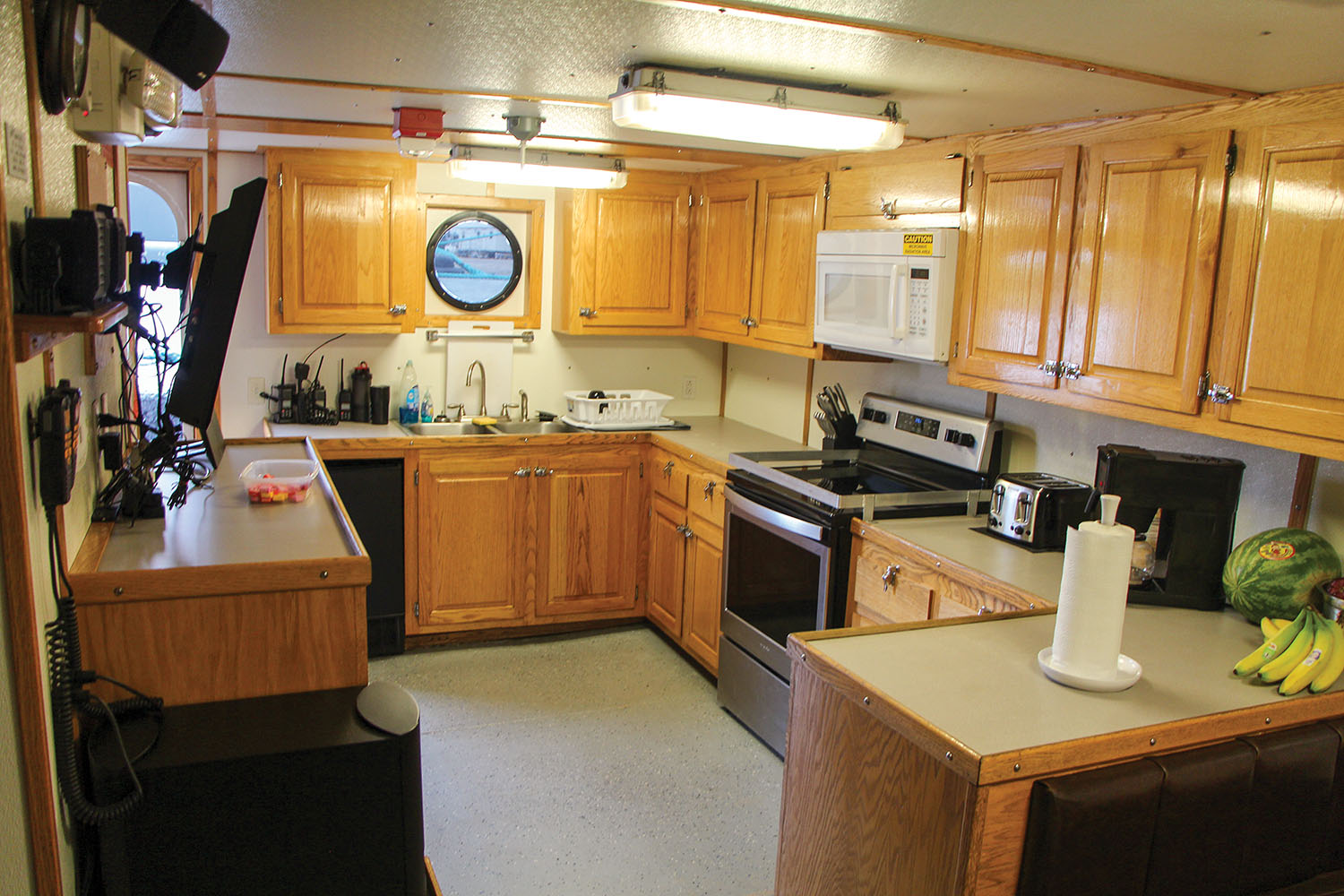 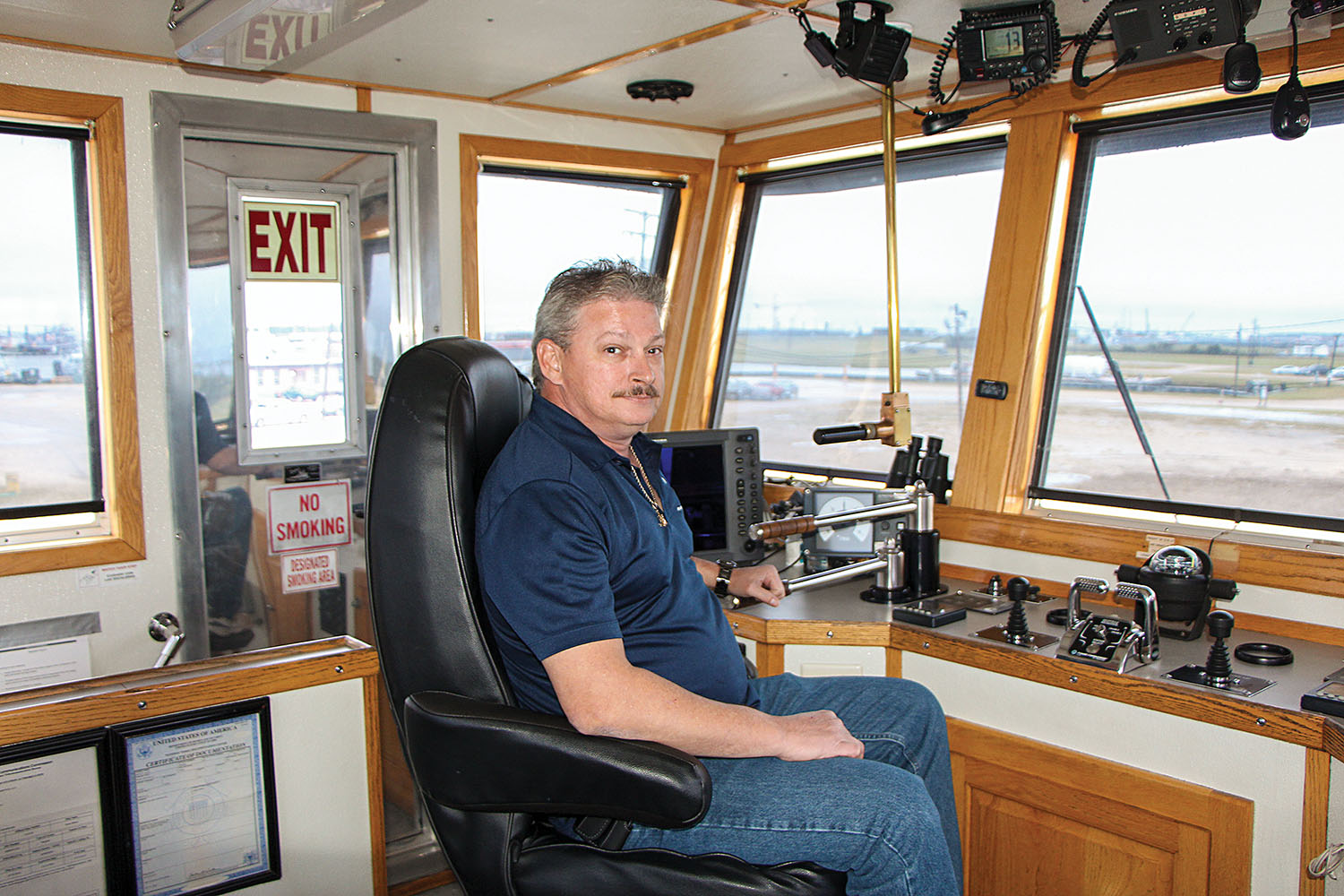 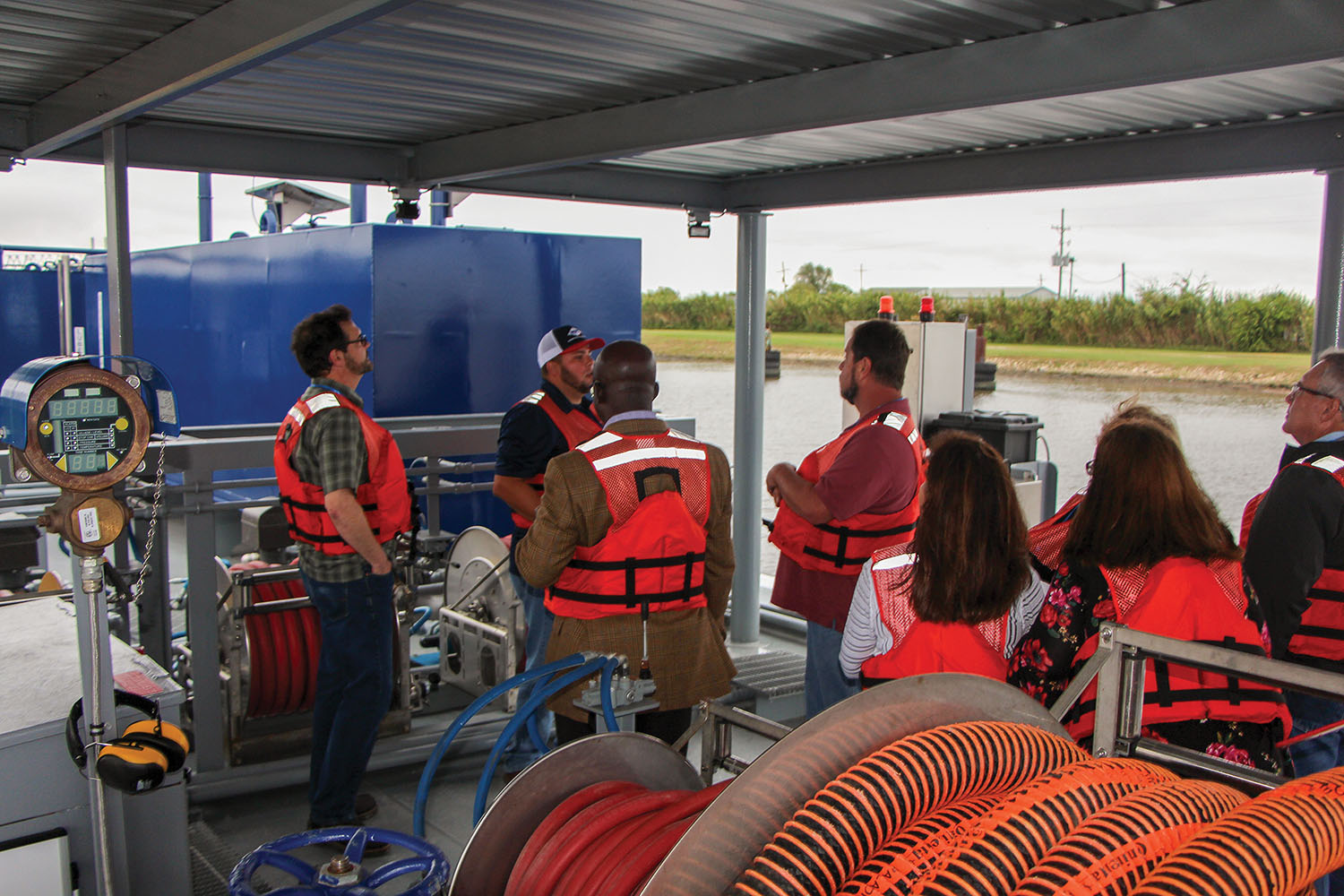 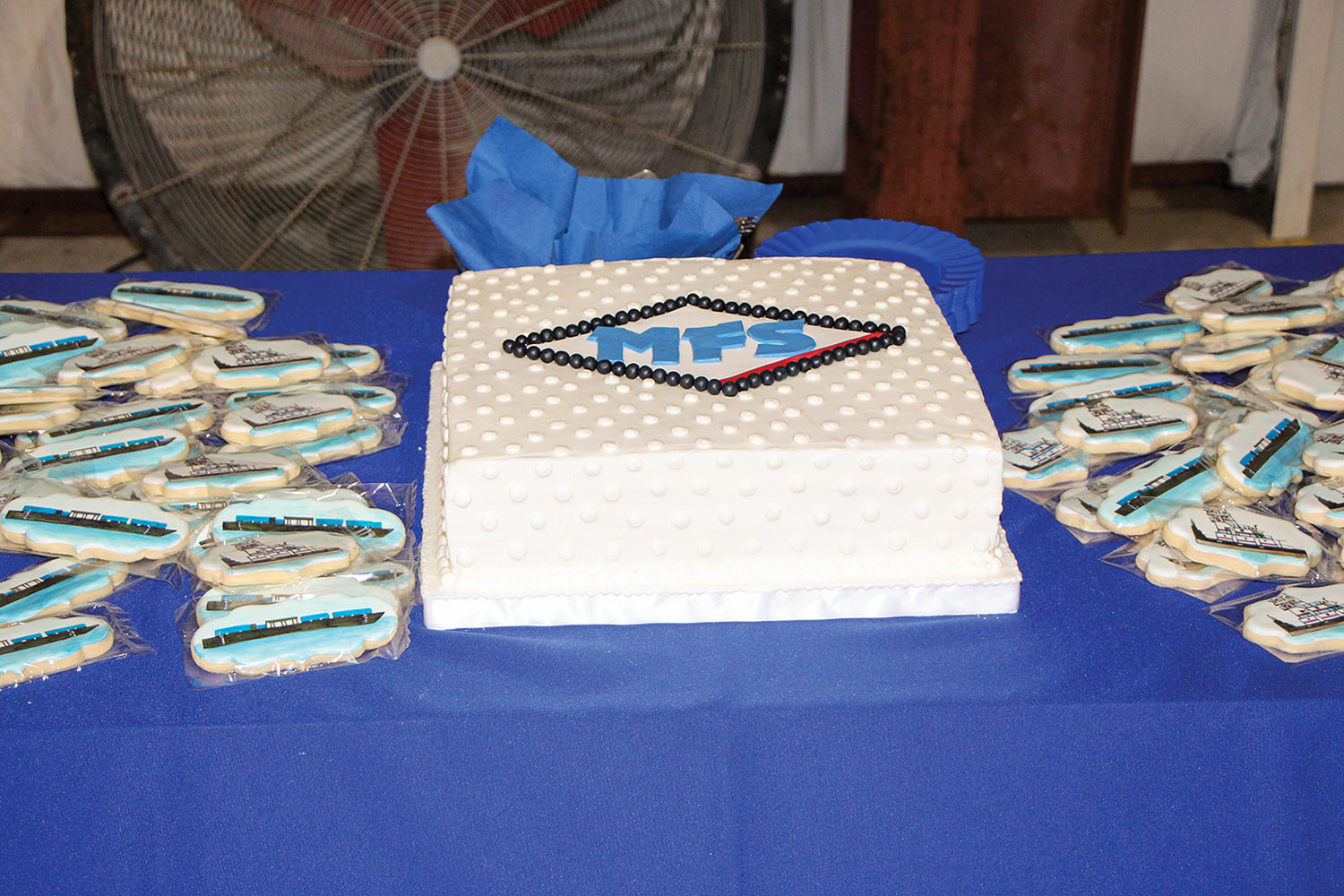 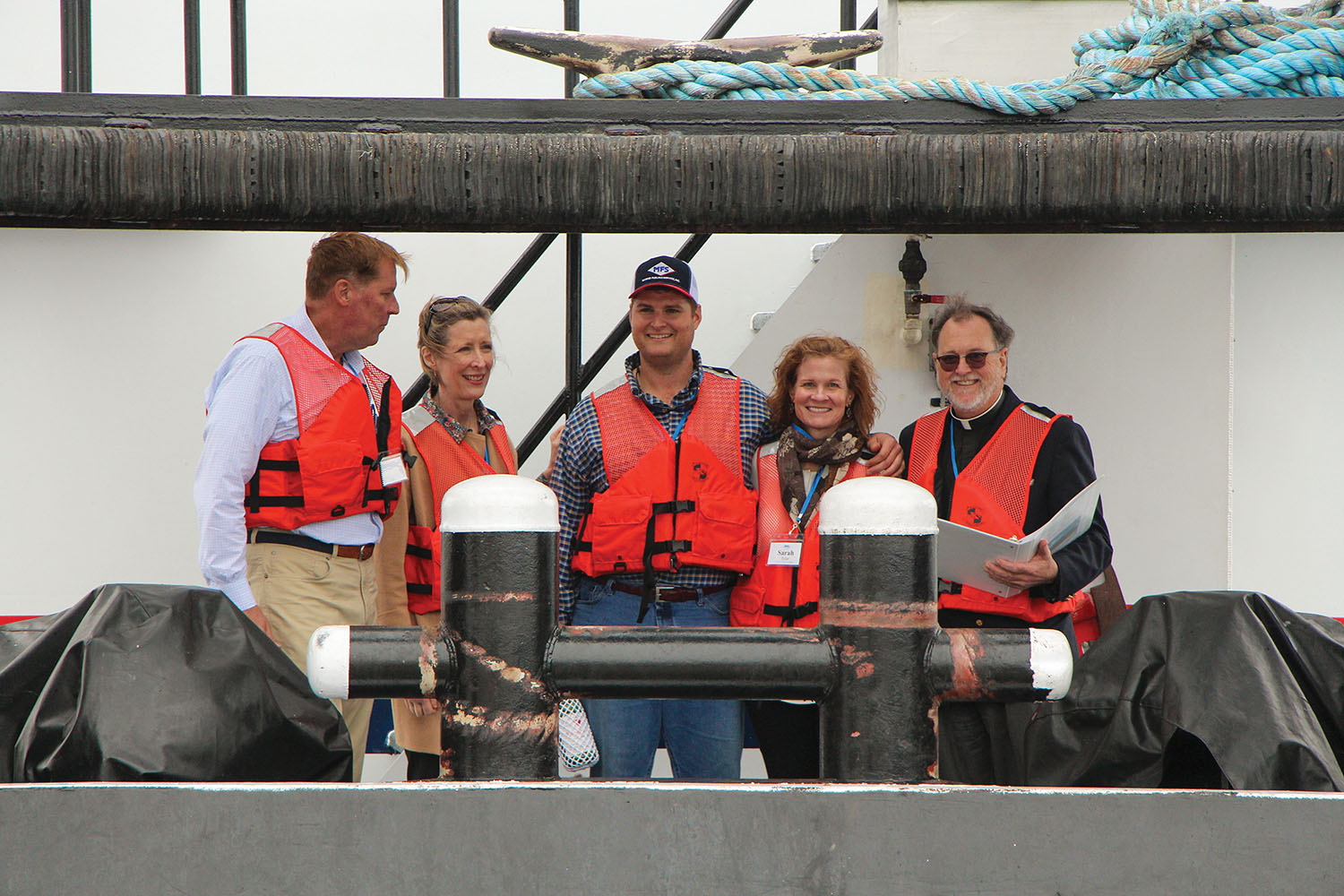 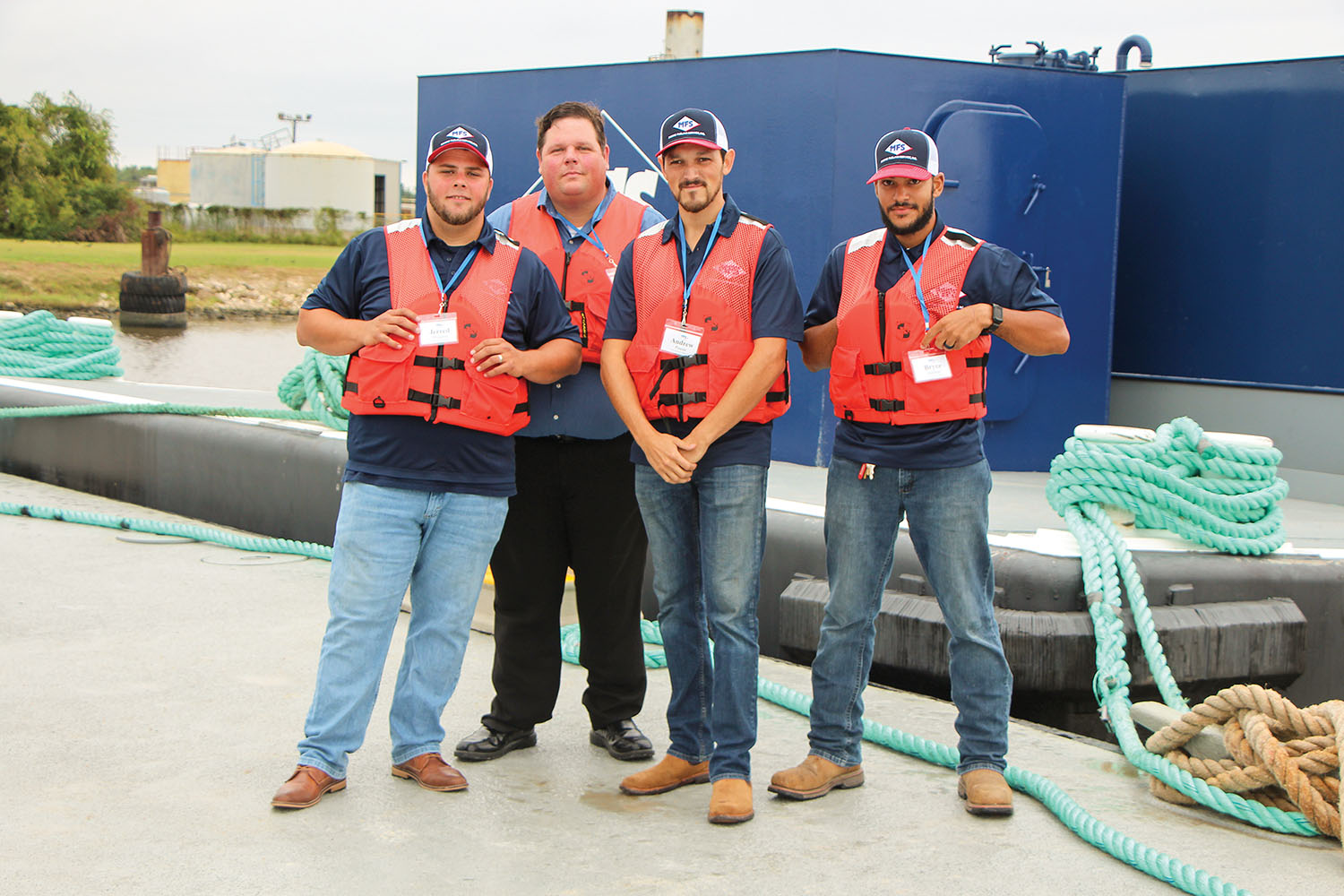 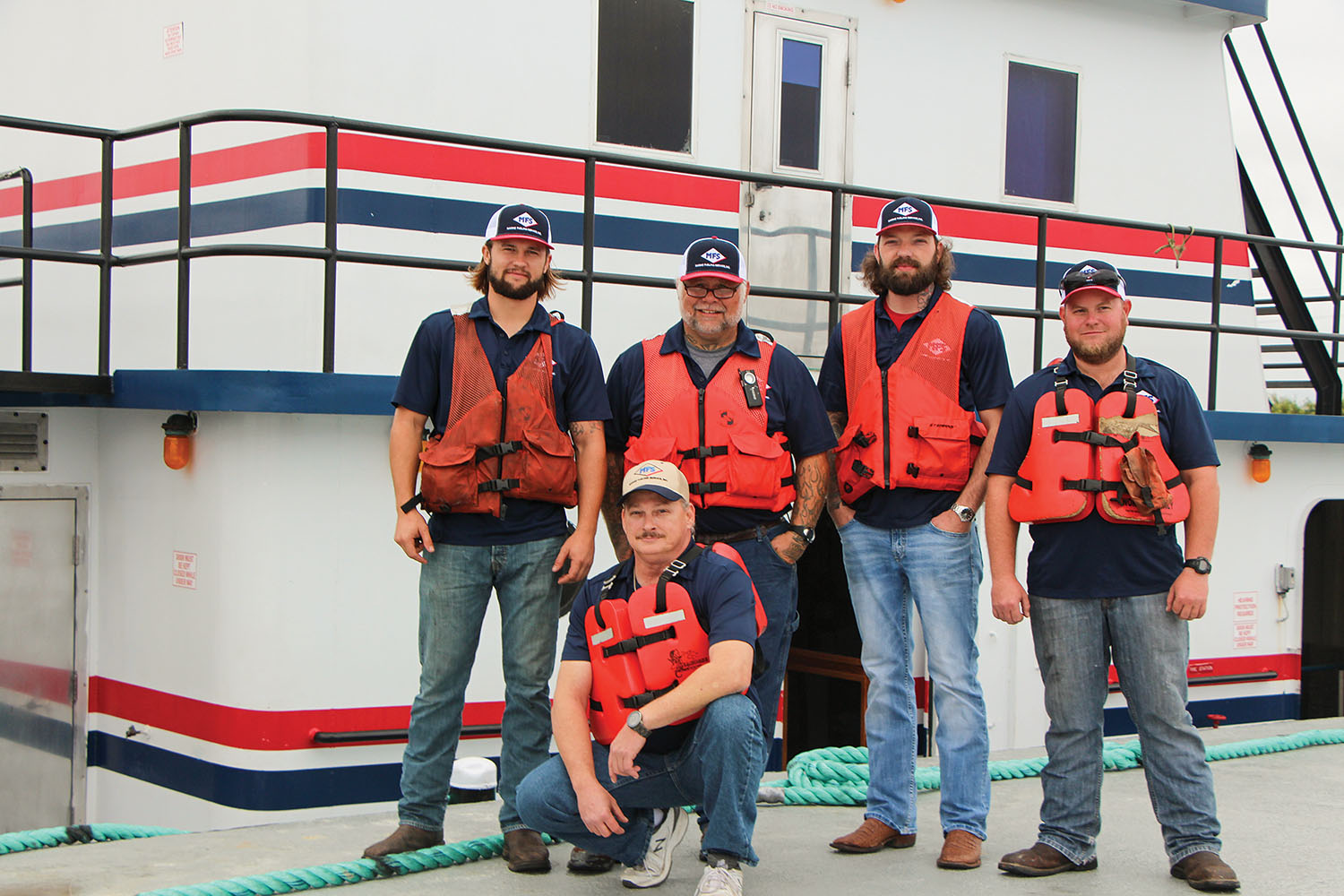 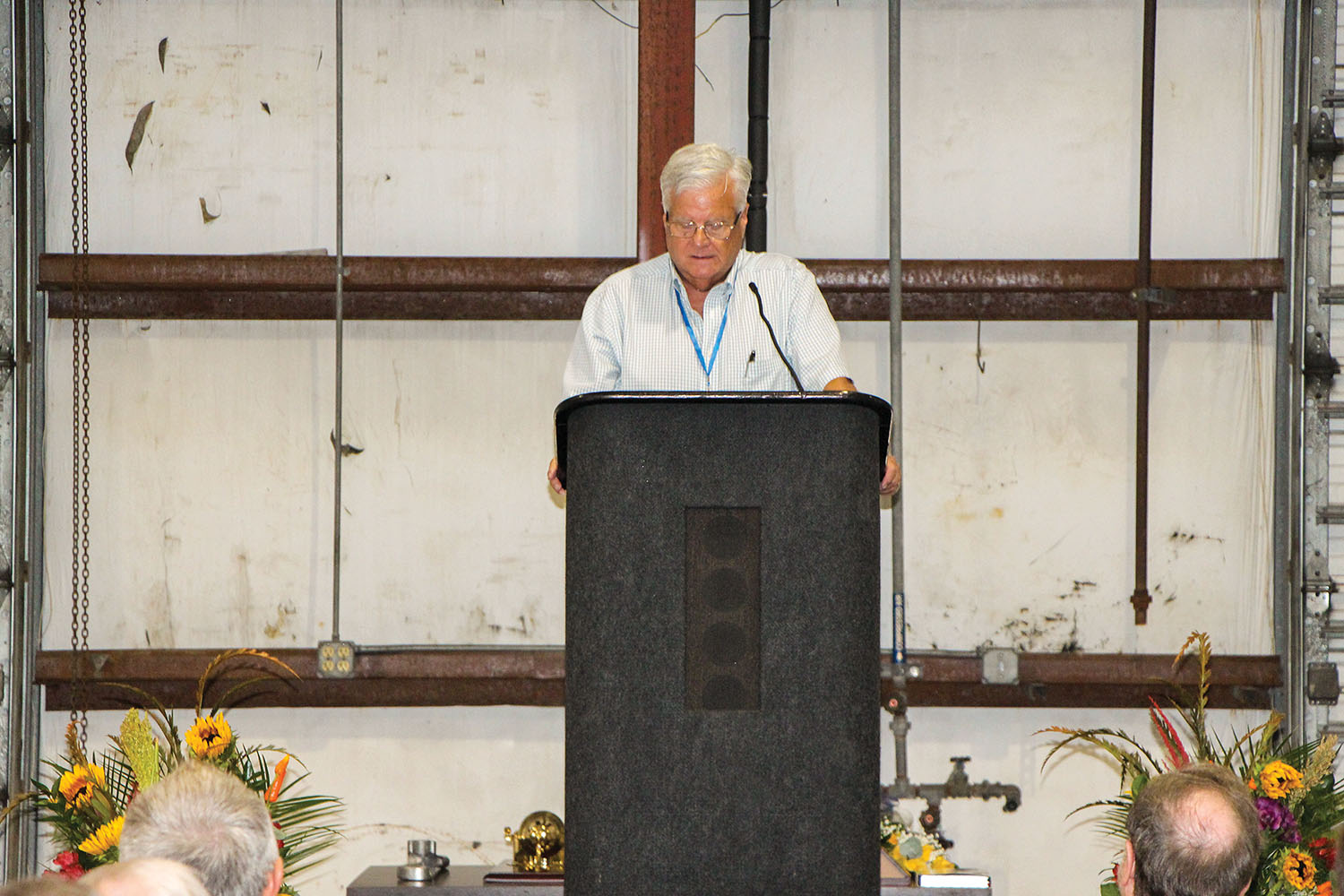 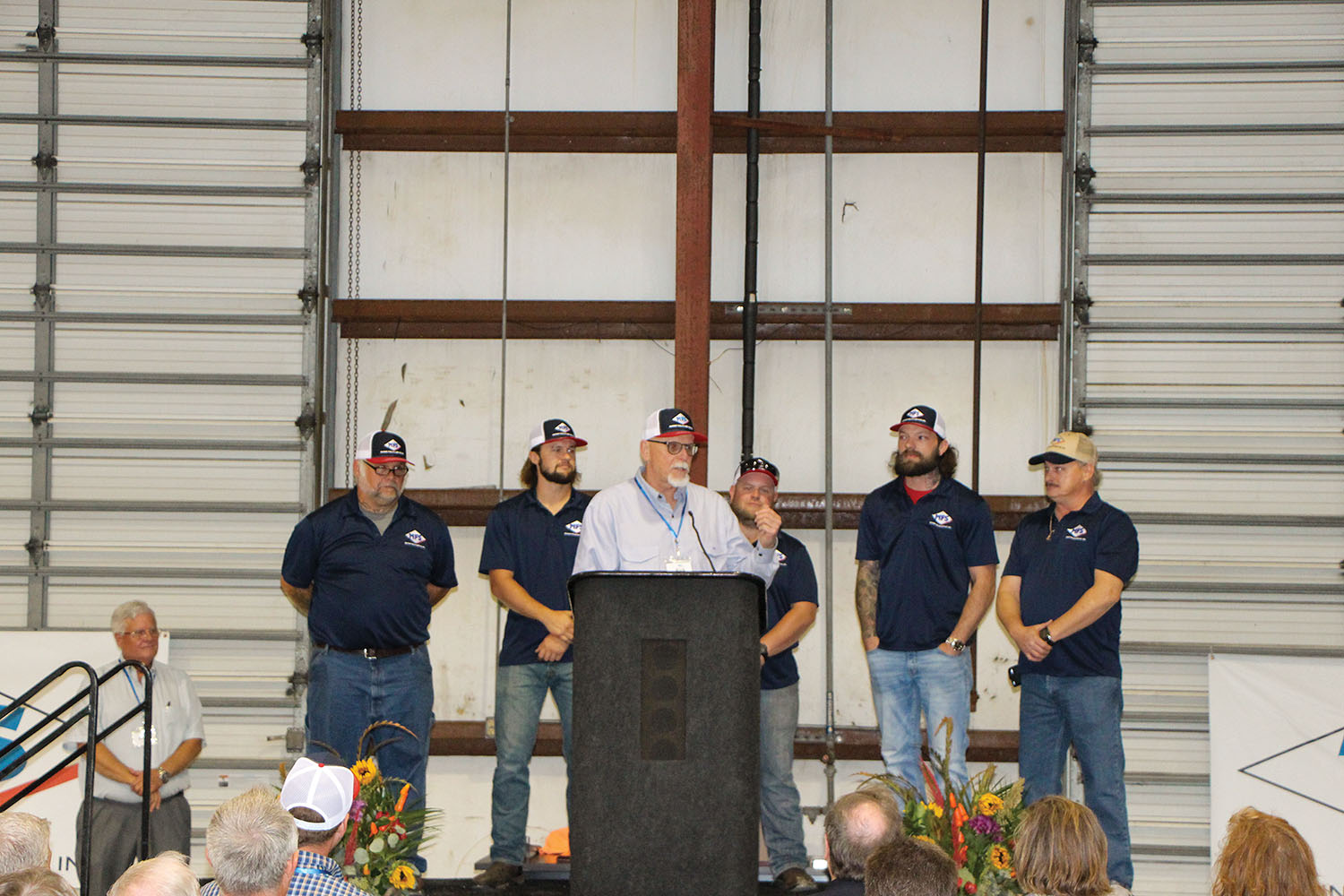 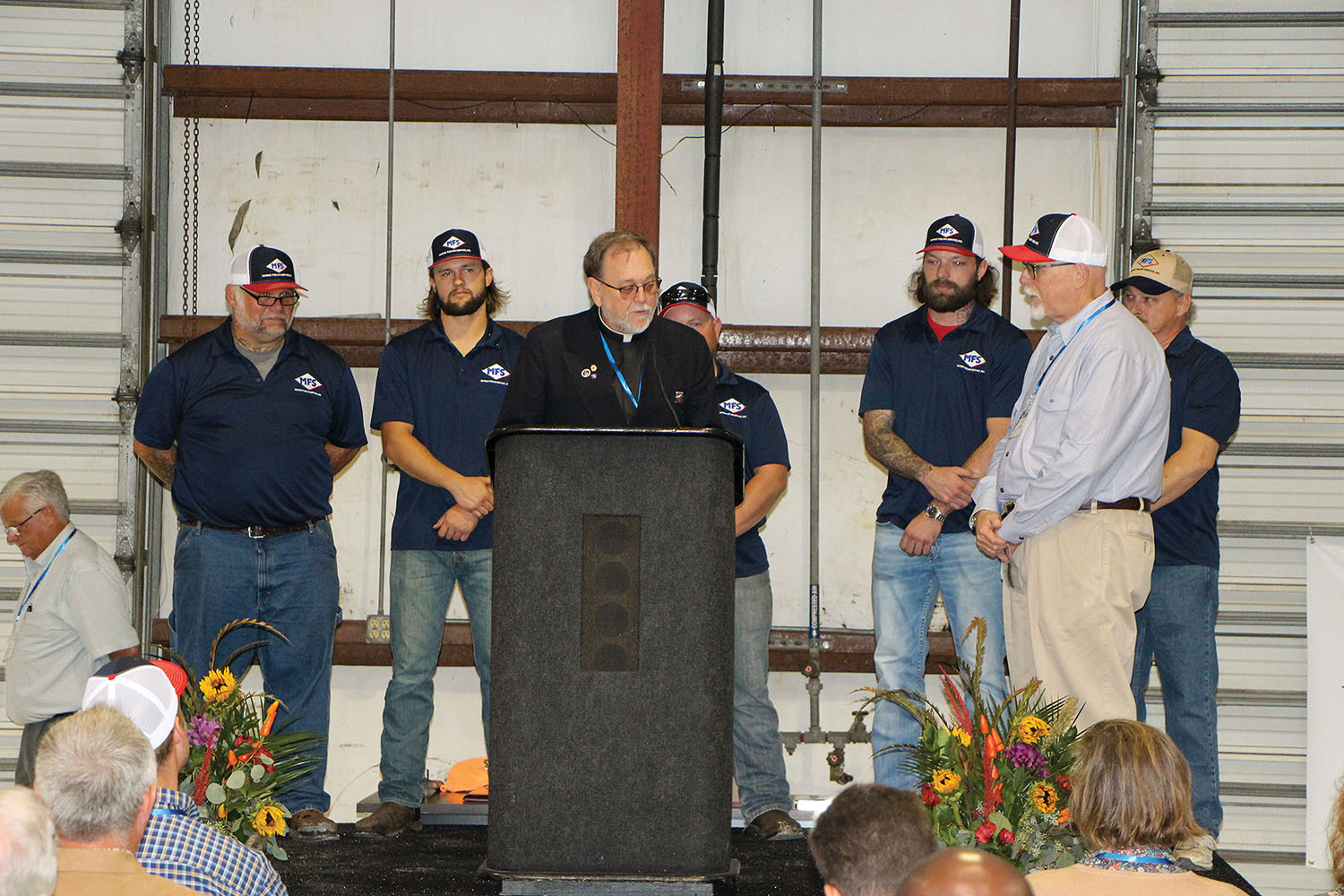 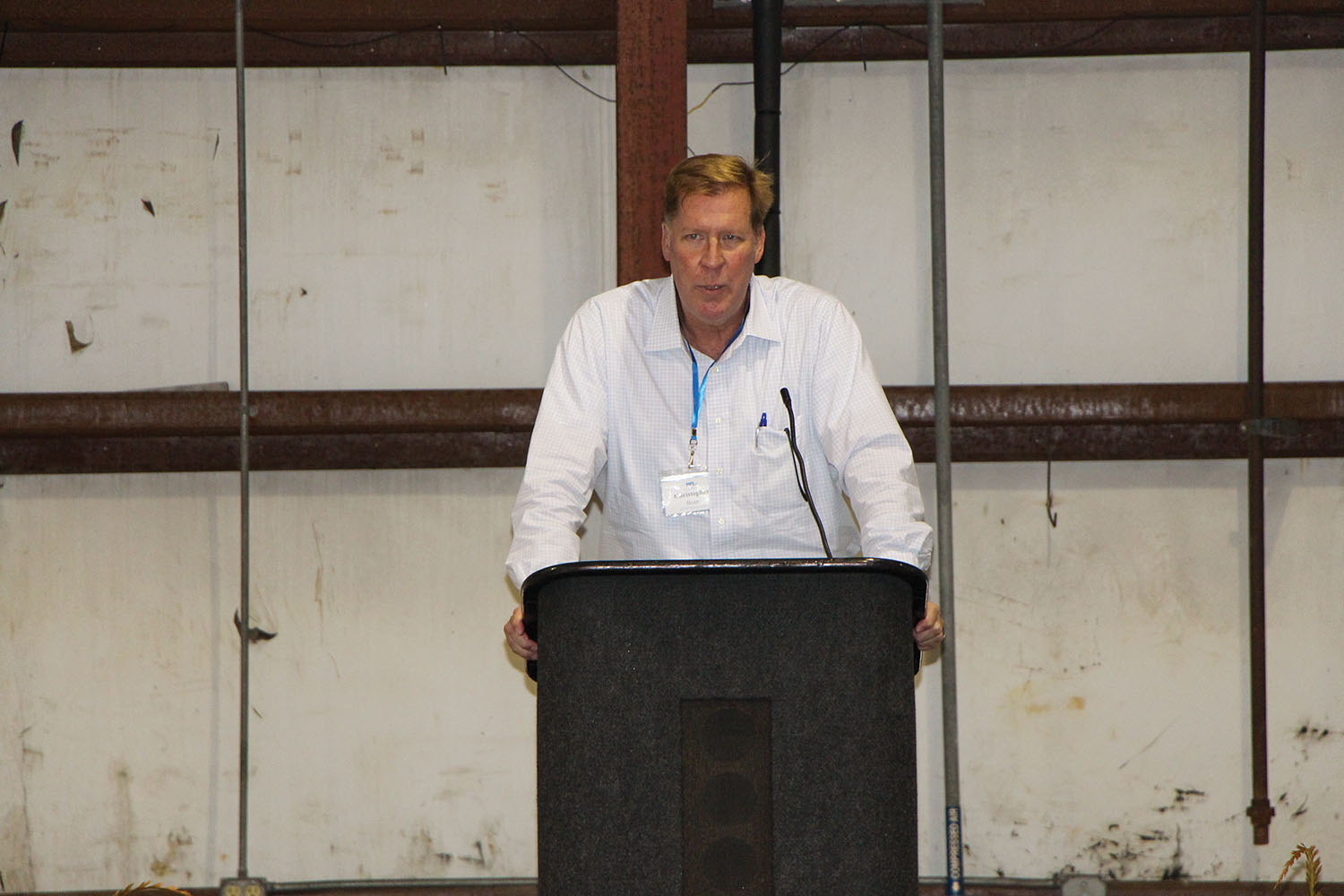 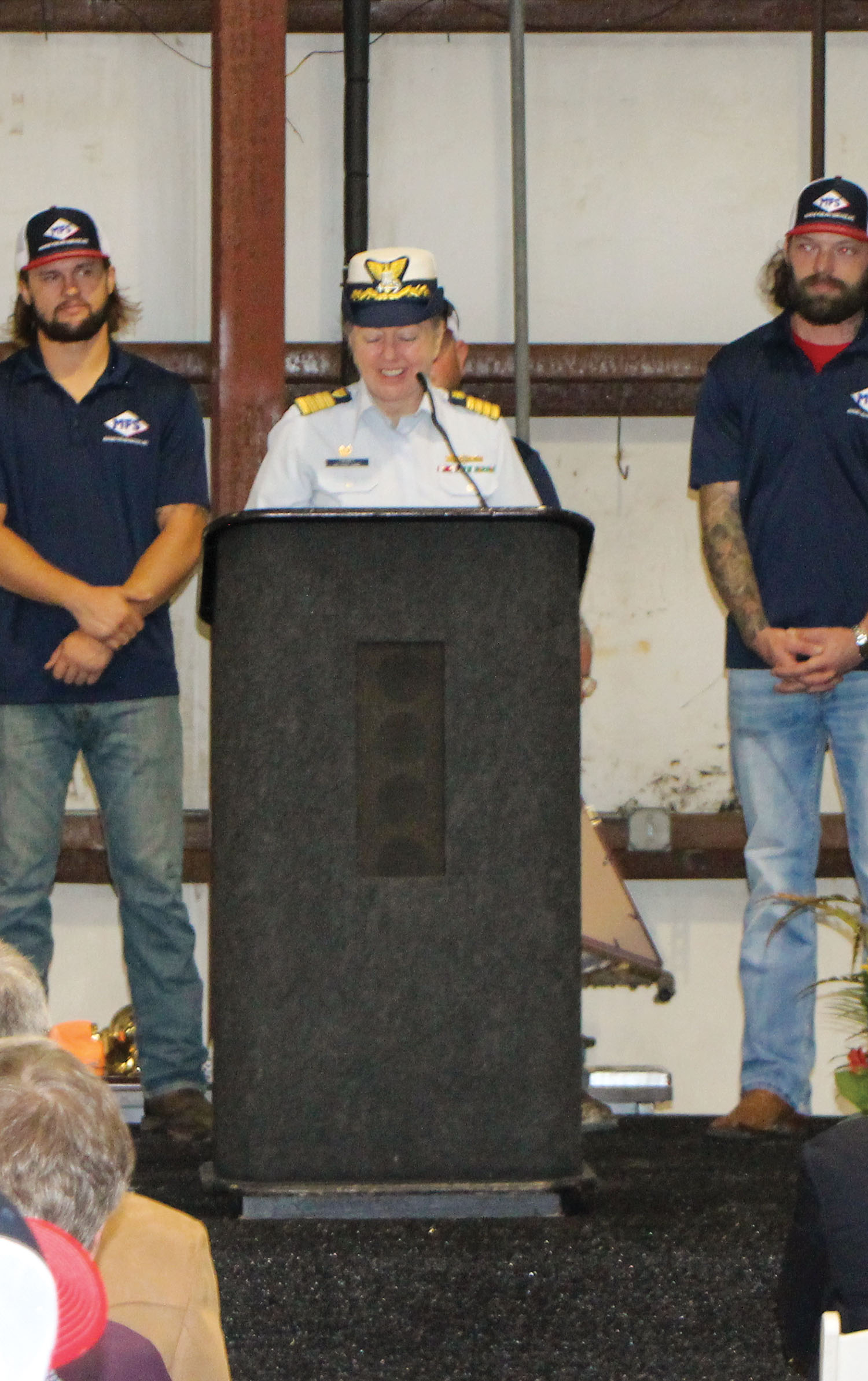