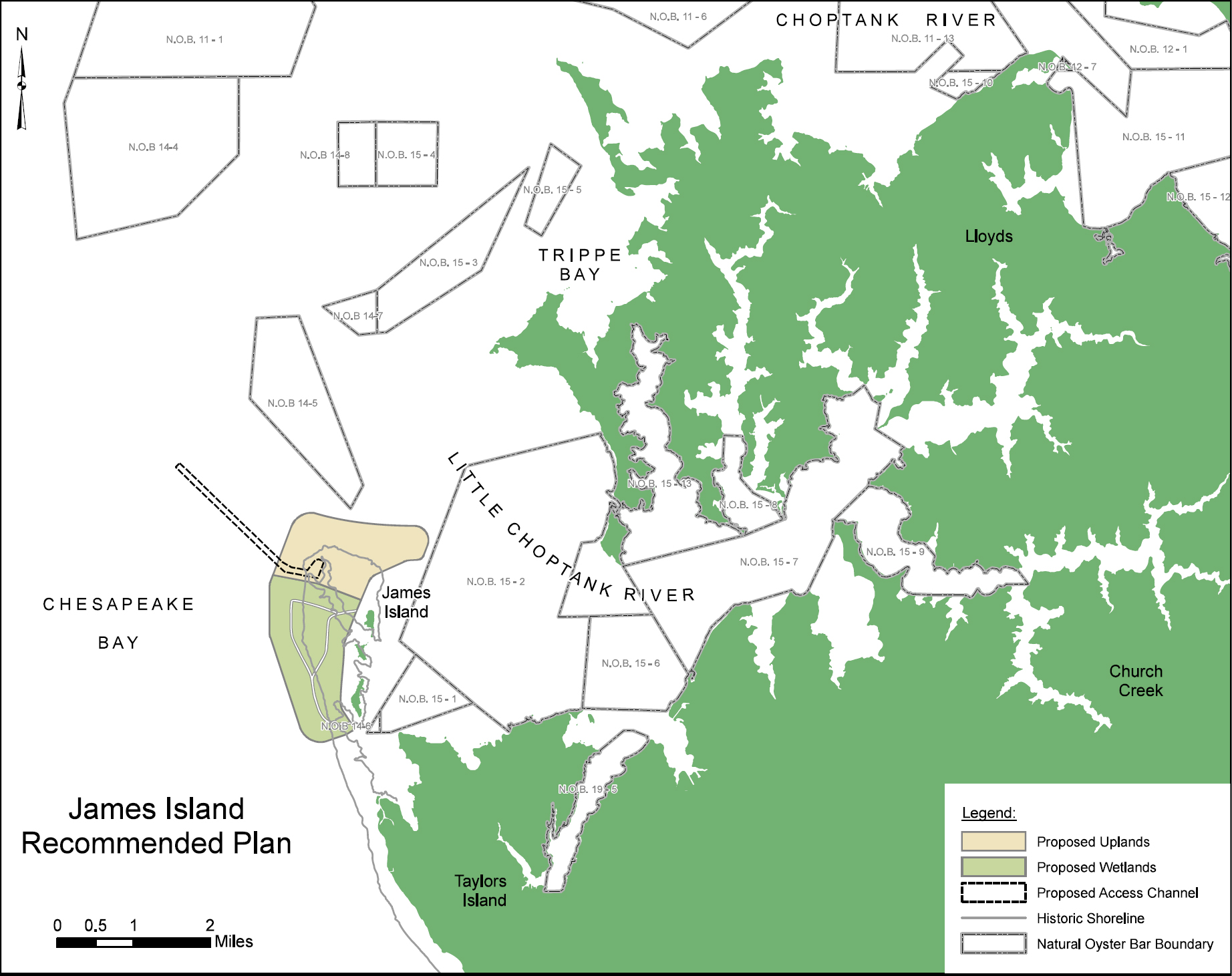 The U.S. Army Corps of Engineers Baltimore District and the Maryland Port Administration (MPA) have signed a Design Agreement that allows for the next steps to be taken in the Mid-Chesapeake Bay Island Ecosystem Restoration Project (Mid-Bay Plan). The aim of the project, a partnership between the Corps and MPA, is to restore two severely degraded islands in the Chesapeake Bay while finding a beneficial use for dredged material from the Port of Baltimore.

The Design Agreement formally allows for the team to begin the pre-construction engineering and design phase (PED) of this project.
Over the past several decades, James and Barren islands in western Dorchester County have experienced significant erosion. Island habitat at both locations will be restored and expanded to provide thousands of acres of wetland and terrestrial habitat through the beneficial use of material dredged from Baltimore Harbor approach channels. James Island will accept material from channels in the Maryland waters of the Chesapeake Bay used by ships going to and from the Port of Baltimore, and Barren Island will accept material from nearby shallow-draft channels.

The PED phase will begin right away, and the first of many construction projects will restore Barren Island and protect it from future erosion. That work is scheduled to begin in 2022 pending the availability of funds and would be followed two years later by construction of James Island.