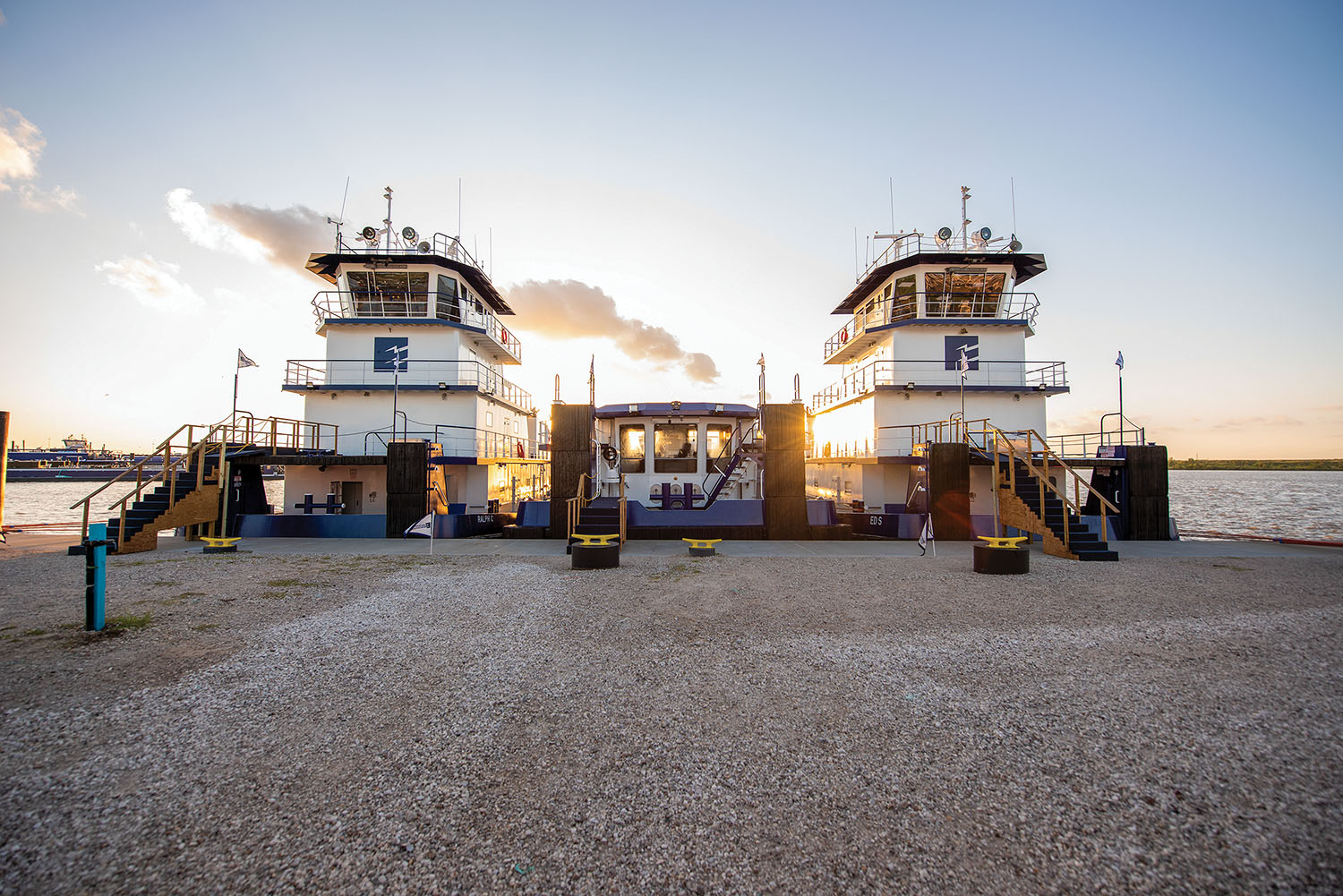 Without a doubt, the October 1 christening ceremony held at Enterprise Marine Services’ Channelview, Texas, fleeting facility was a celebration of the three new vessels joining the company’s growing fleet of towboats.

But more than just celebrating the new vessels moored at Enterprise’s Channelview facility, the christening ceremony also paid tribute to a group of old friends whose camaraderie helped define their lives and the company they each eventually worked for.

The Ralph C is named for Ralph S. Cunningham; the Lee W honors Lee W. Marshall; and the mv. Ed S is named for Edwin S. Smith. Cunningham, Marshall and Smith, along with Larry Casey (who also has an Enterprise vessel named for him) and Enterprise founder Dan Duncan were a tight knit group of friends known as the “Post Oak Grill Gang.” The group of friends drew their name from the Houston area restaurant where they would meet for lunch on the last Tuesday of every month.

Over the years, the friends also traveled together, often enjoying hunting and fishing both at home and abroad. Marshall died March 3, 2006, while Duncan died March 28, 2010.

And while the group of friends all wound up together at Enterprise, they each took different paths to get there.

Cunningham began his career in the energy industry with Humble Oil & Refining, now known as ExxonMobil. He went on to hold executive positions at Tenneco, Texaco, Huntsman Corporation, Clark Oil & Refining and Citgo. He joined Enterprise Products Company as an outside director in 1987. then joined the company full time in 1997. Today, he serves as advisory director of Enterprise Products Partners L.P.

Marshall was a lieutenant in the Navy during the Korean War. After the war, he went on to serve in senior and executive roles with Phillips Petroleum, Tenneco and Union Pacific Resources. Marshall retired in 1993 and formed his own oil and gas production company. In 1998, he became one of the first directors of the general partner of Enterprise Products Partners L.P. In March of 2005, Marshall became a director—and subsequently board chairman and acting CEO—of TEPPCO Partners L.P.

Smith and Duncan met in 1973 while dove hunting in Mexico, and the pair would go on to share many hunting excursions over the years. Smith and Duncan went on two African safaris together, hunted pheasants in Argentina, pursued black and brown bears in Alaska, and hunted polar bears in Canada’s Northwest Territory. Smith spent a total of 31 years with Allied Bank of Texas, where he retired as executive vice president in 1989. He joined Enterprise Products Company as a director from 1987 to 1997. He also served as a director of the general partner of Enterprise GP Holdings L.P. from August 2005 to November 2010 and as director of the general partner of Enterprise Products Partners L.P. from November 2010 to April 2014. Since then, he has served as advisory director of general partner of Enterprise Products Partners L.P.

Through all of life’s bends and eddies, Cunningham, Marshall, Smith, Casey and Duncan’s relationship went far beyond that of friends or business colleagues. In a word, they were family.

“I feel surrounded by family,” said Lee Marshall Jr., Marshall’s son, speaking at the christening ceremony. “This has been family for my dad, mom and our family.”

Marshall Jr. went on to imagine what it would be like if the group of friends, including Duncan and his father who has already passed away, could meet for lunch one last time.

“If that gathering could be reconstituted just once more, say a week hence from today, I would have to believe the topic of conversation would flow in short order to the subject of the christenings of these beautiful craft.”

Maybe the friends would boast about whose namesake was biggest or best, Marshall Jr. said, but in truth, the greater attention would be on the group.

“Dad’s mindset, as is the case here today, would’ve been all about honoring his friends,” Marshall Jr. said.

Marshall Jr. spoke fondly of his father’s love for vessels of all kinds, from the aircraft carriers of his Navy days to his Lightning sailboat. All in all, Marshall Jr. said he knew what his dad would do if given the chance to board the mv. Lee W.

“There’s absolutely no question that my dad would’ve jumped at the chance to take the helm of the Lee W, navigate her to open water, let the diesels rip and try like hell not to hit anything,” Marshall Jr. said. “Once safely back in port, he would tell anyone within earshot that was the most exciting thing he’d ever done in his life.”

Marshall Jr. closed by offering his sincere thanks to the entire Enterprise family for honoring his father with the mv. Lee W.

“The Marshall family stands humbled, we are deeply blessed, and we thank you for honoring the patriarch of our family in this most apropos fashion,” he said. “I know this: On this day, no one would be more humbled or grateful than my father. Thank you.”

In like manner, Cunningham and Smith shared fond memories of their friendship and expressed humble thanks for the honor of the Enterprise towboats that bear their names.

“Mr. Cunningham, family of Mr. Marshall, Mr. Smith, I can assure you today that you have the finest mariners operating and managing your namesake vessels,” Ricker said.

Thomas Rhoades, chaplain with Seaman’s Church Institute, presented each vessel’s captain with a Bible and U.S. Merchant Marine flag and said a prayer of blessing over each crew.

The steering system aboard the Ed S and Ralph C is by Rio Marine, and both vessels feature Furuno electrics systems. Fendering is by Schuyler and paint is by Carboline.

The Lee W’s high horsepower, retractable wheelhouse and ABS load line certificate will allow the vessel to operate not only on the mighty Mississippi but also through the low-clearance bridges in the Chicago area and on the Great Lakes, making it Enterprise’s most versatile towboat to date.

See the slideshow below for more pictures from the christening ceremony. 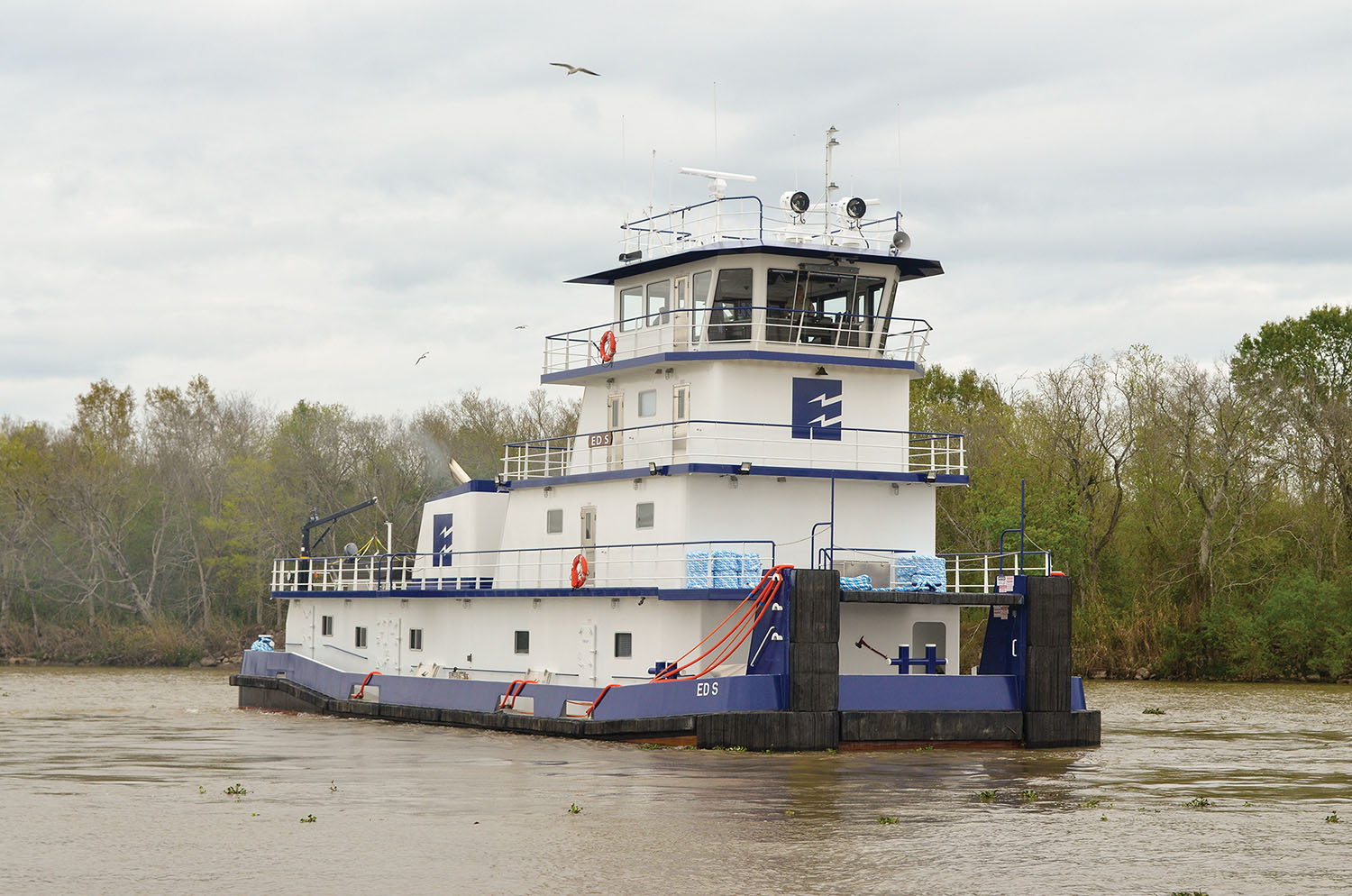 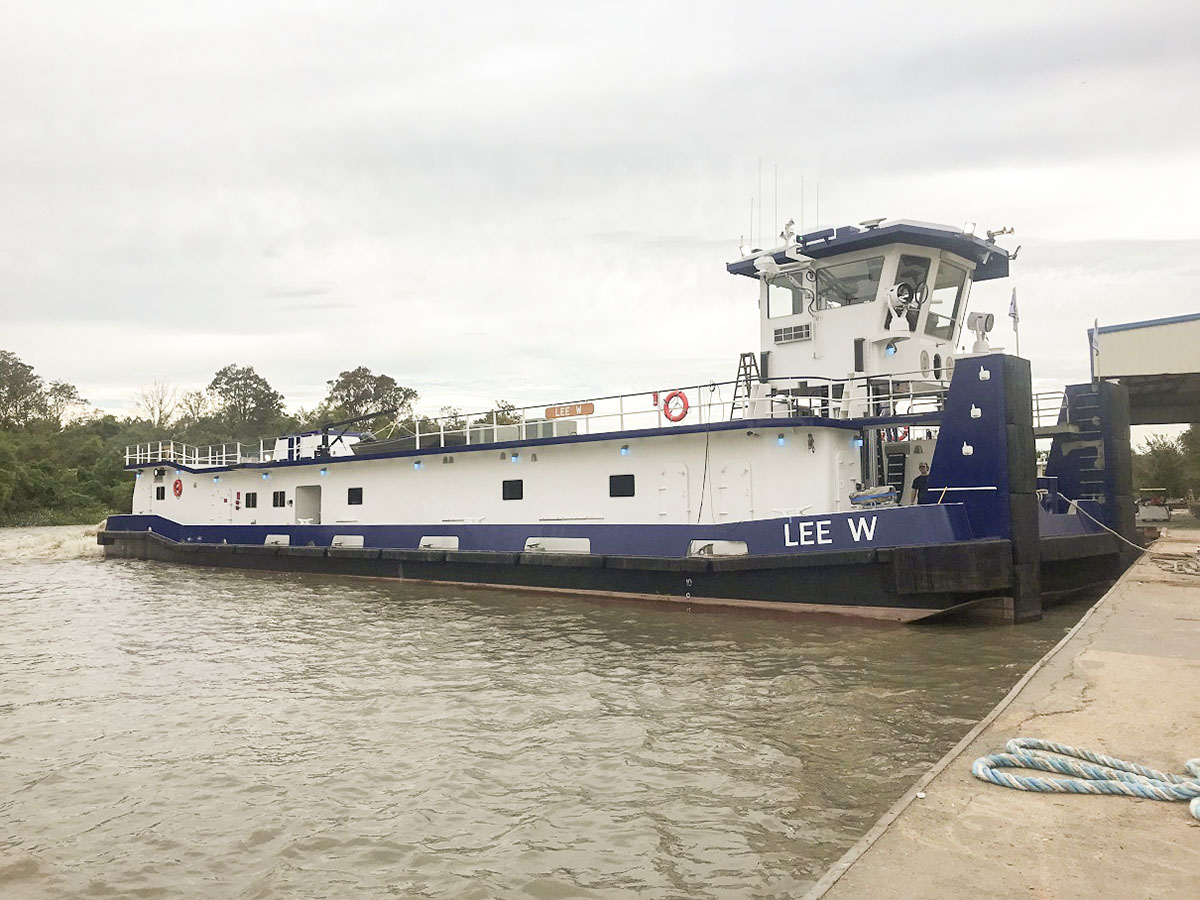 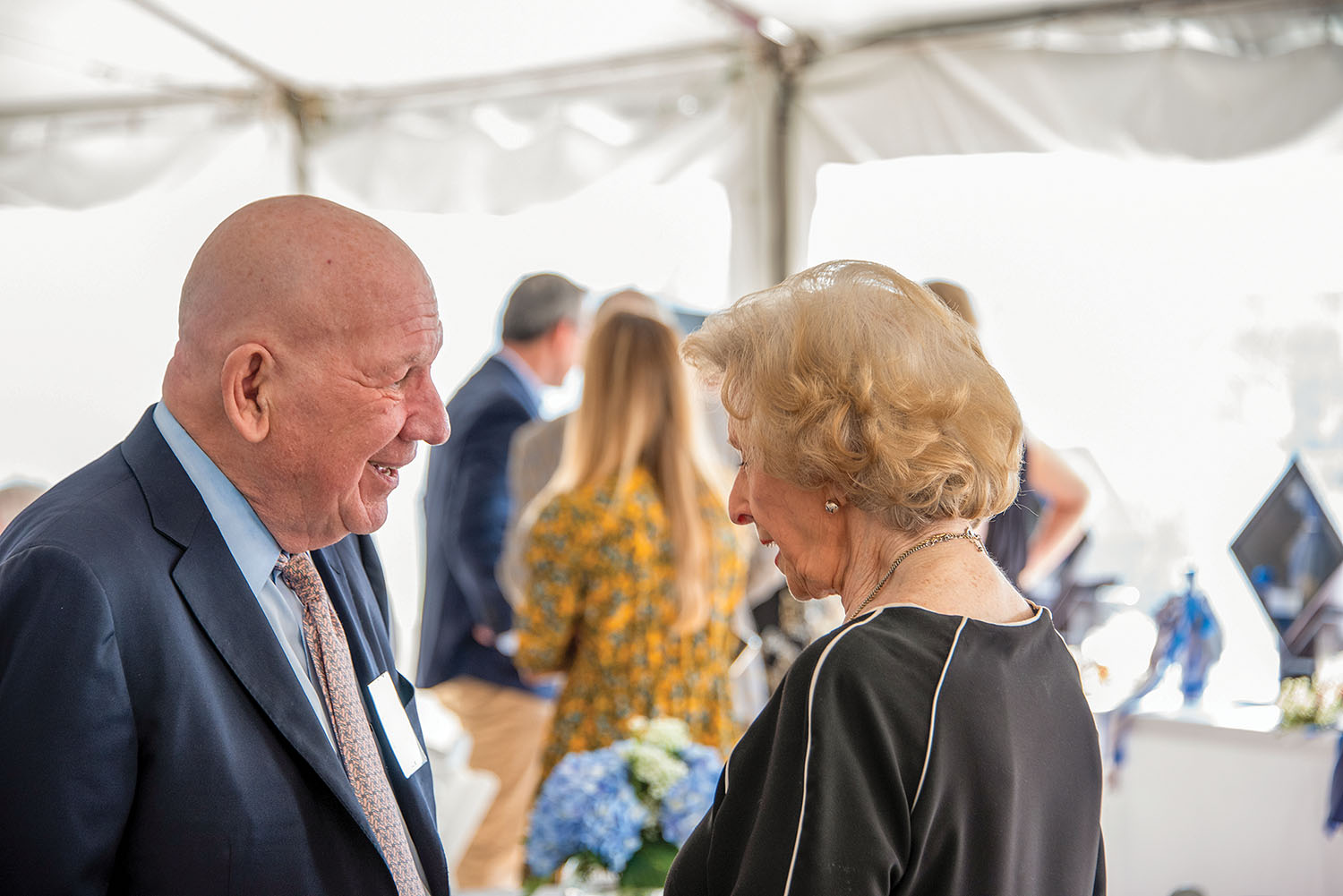 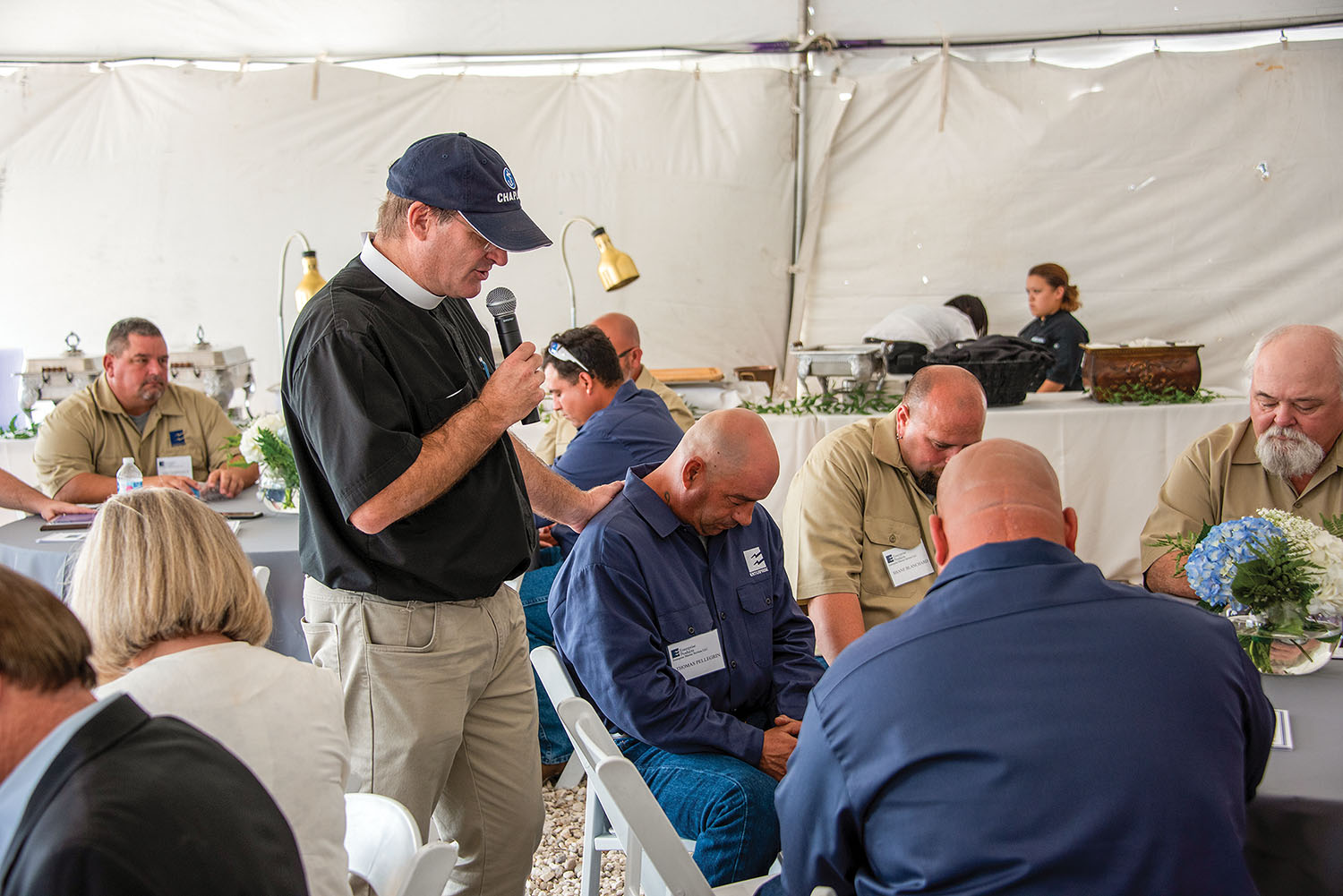 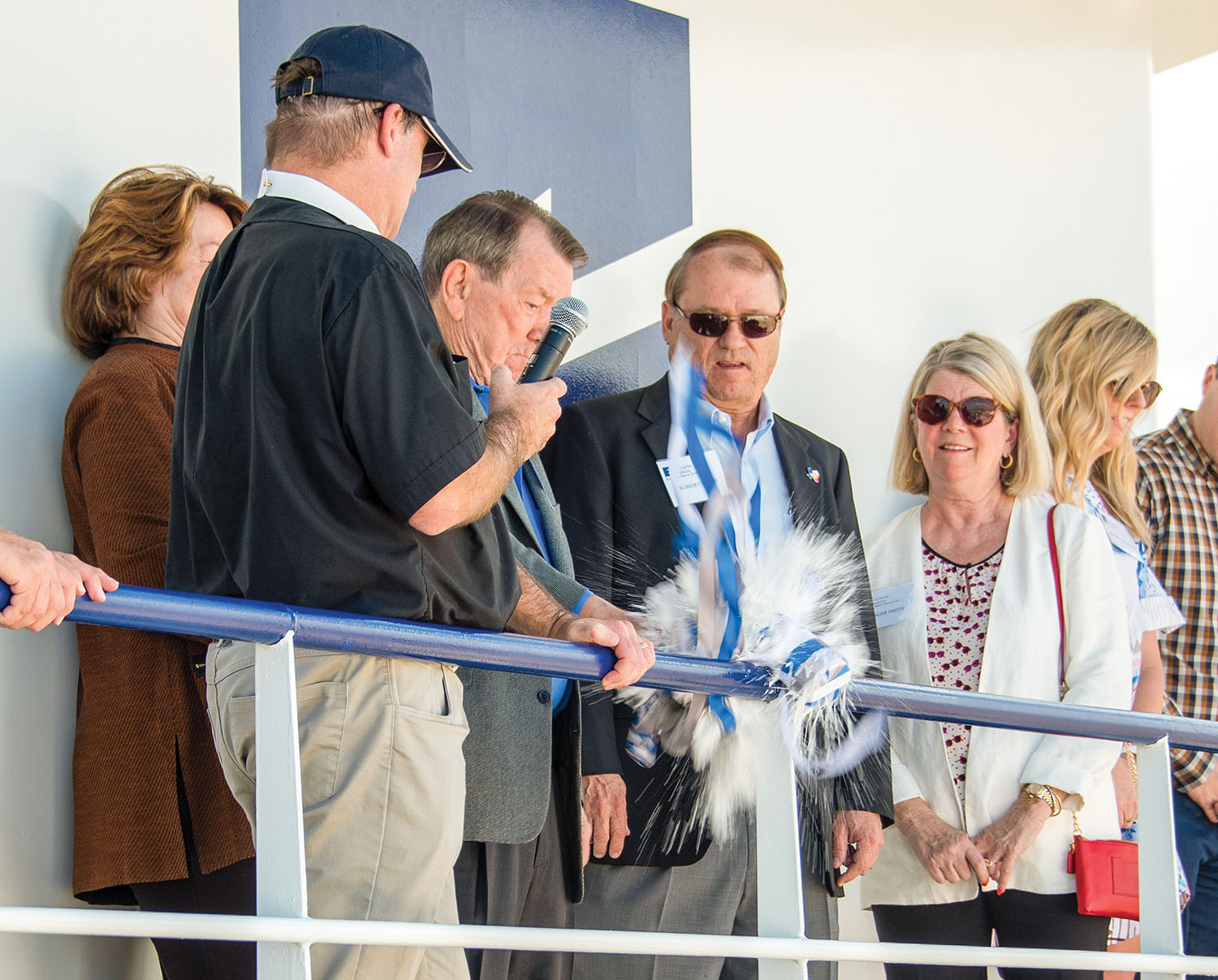 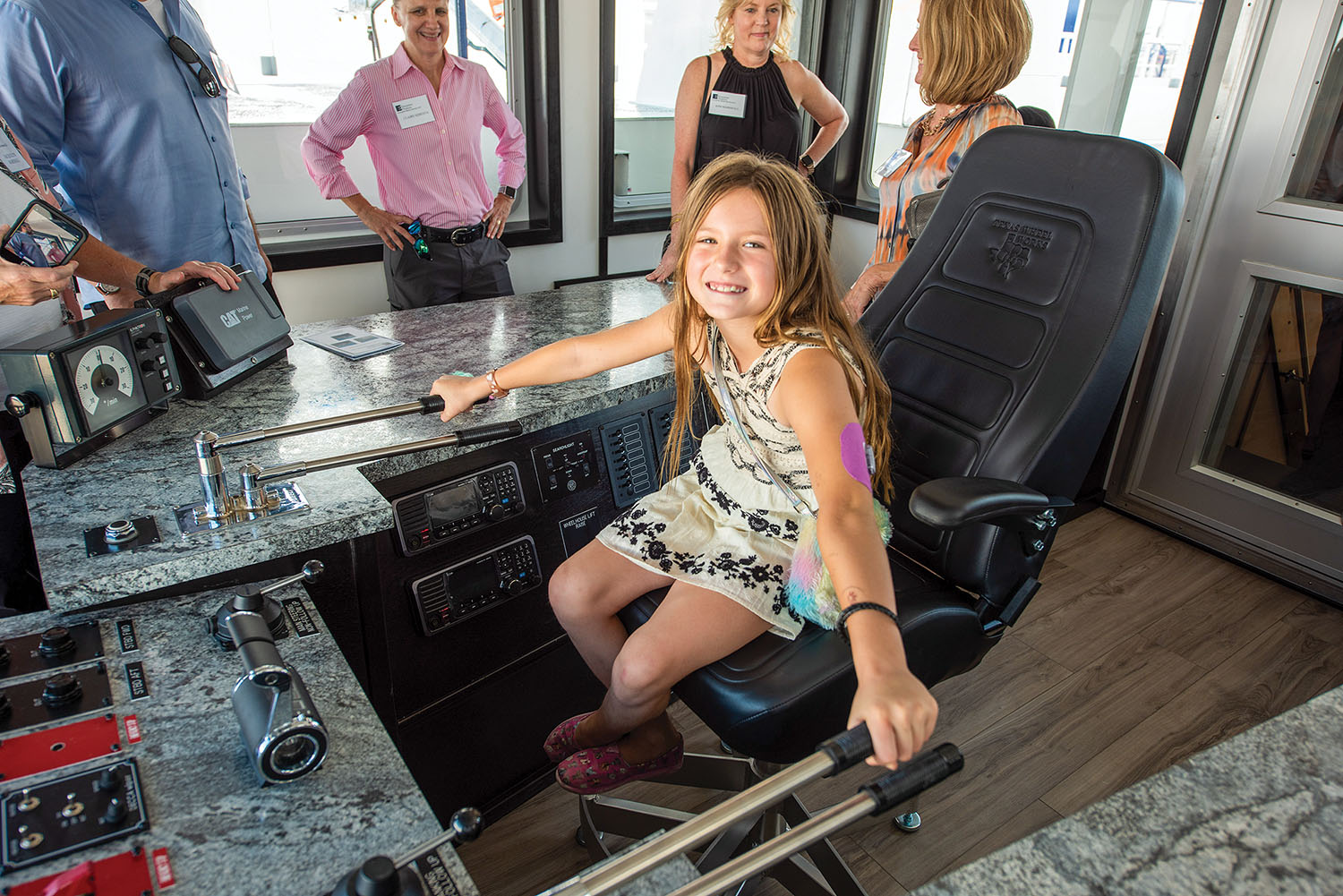 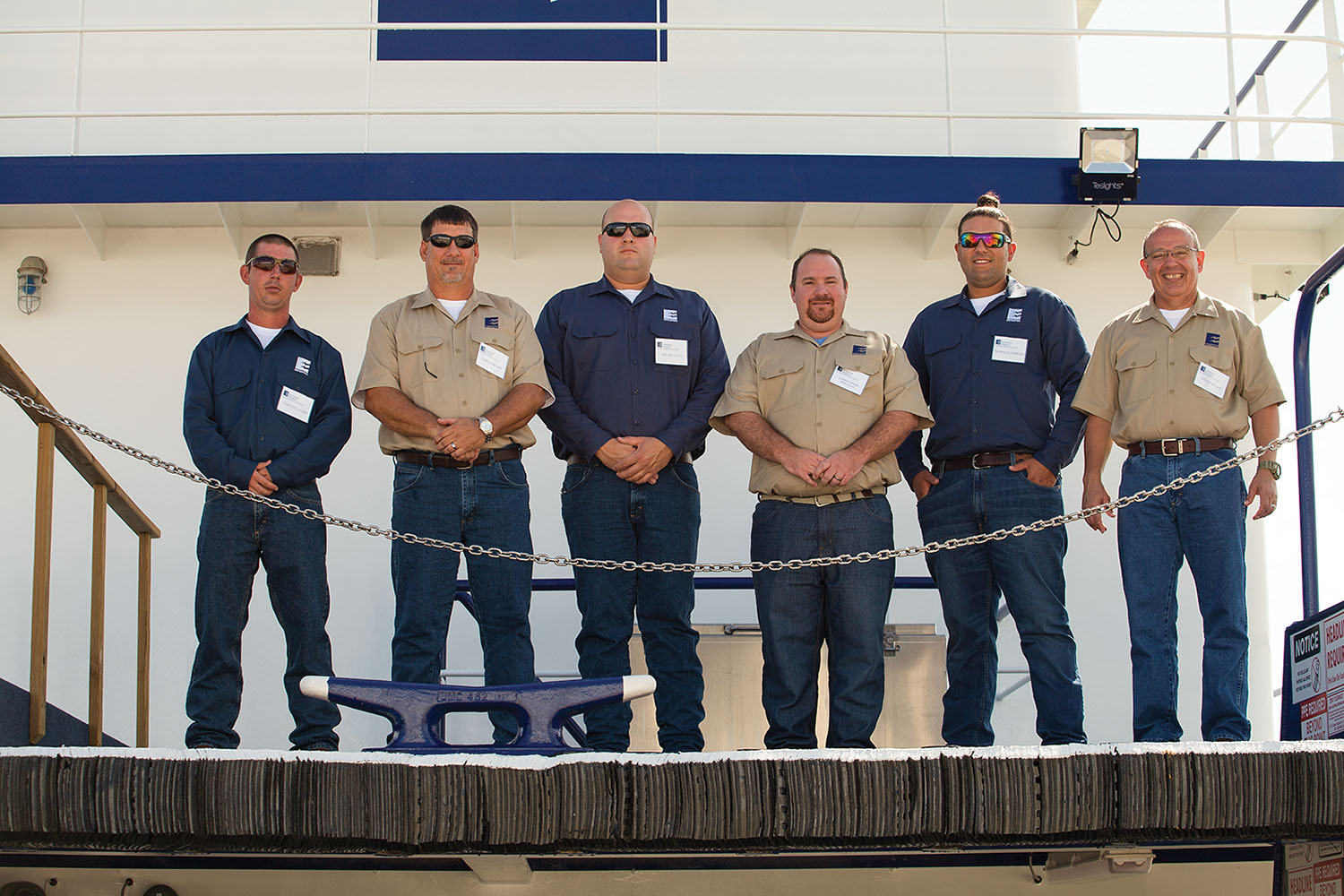 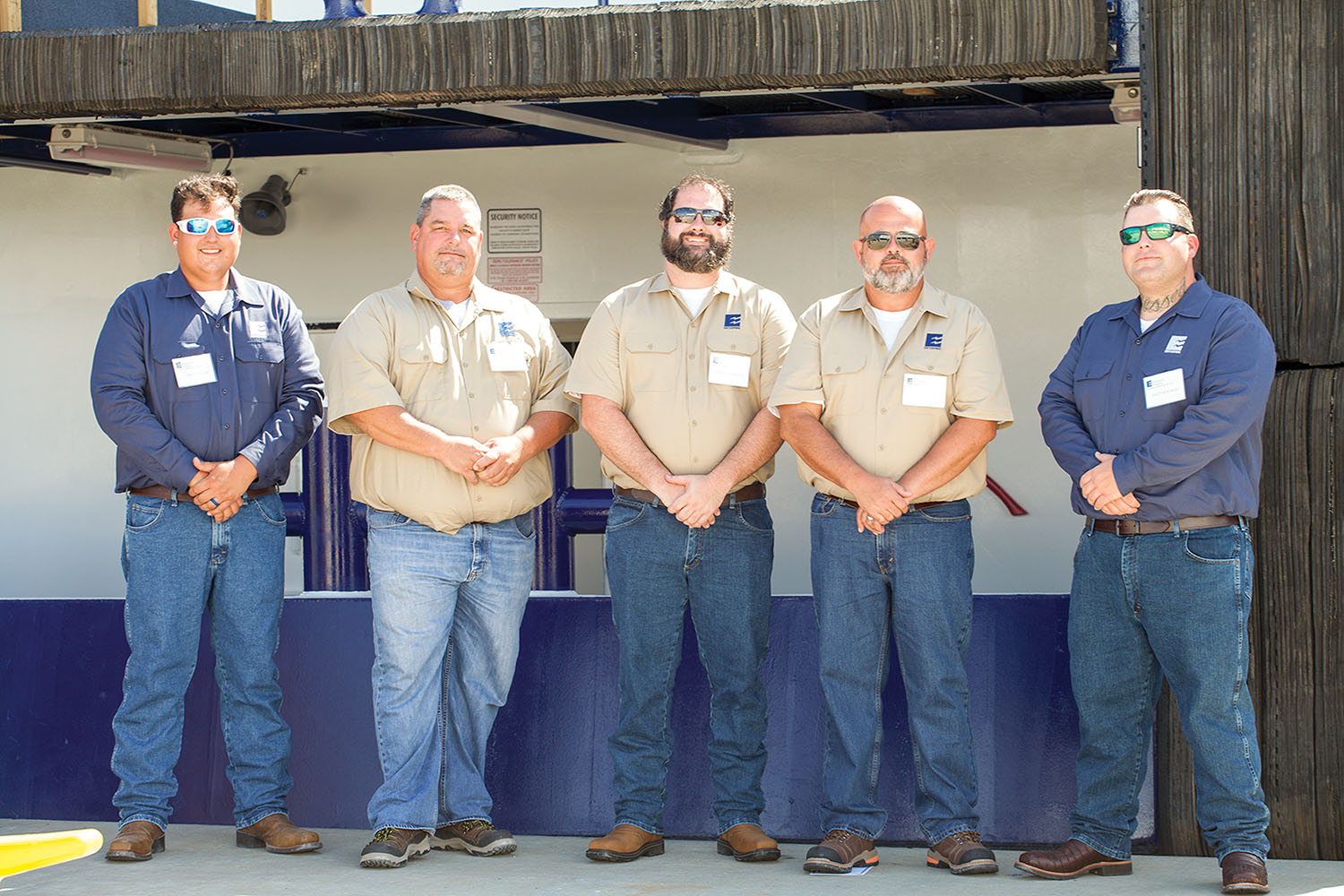 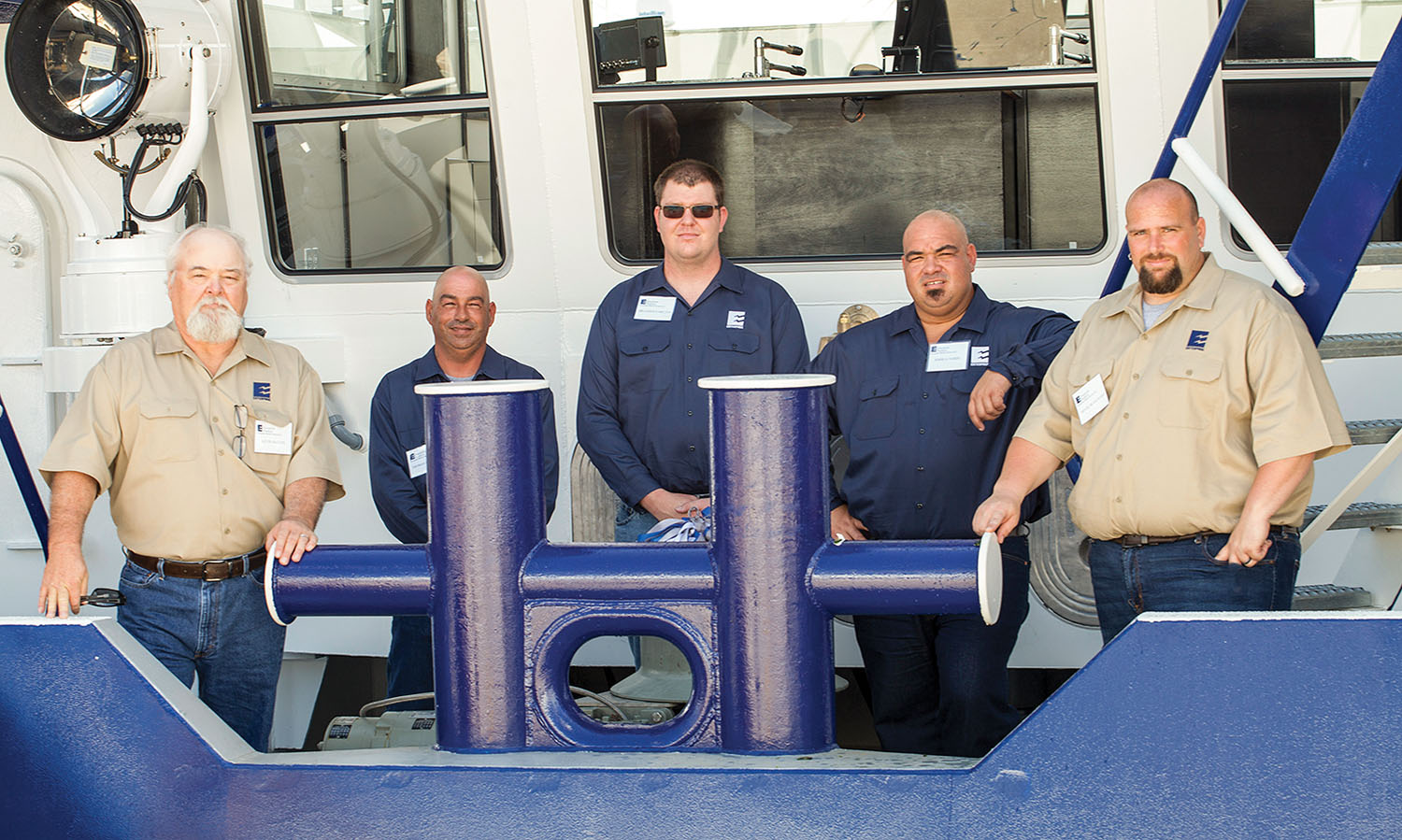 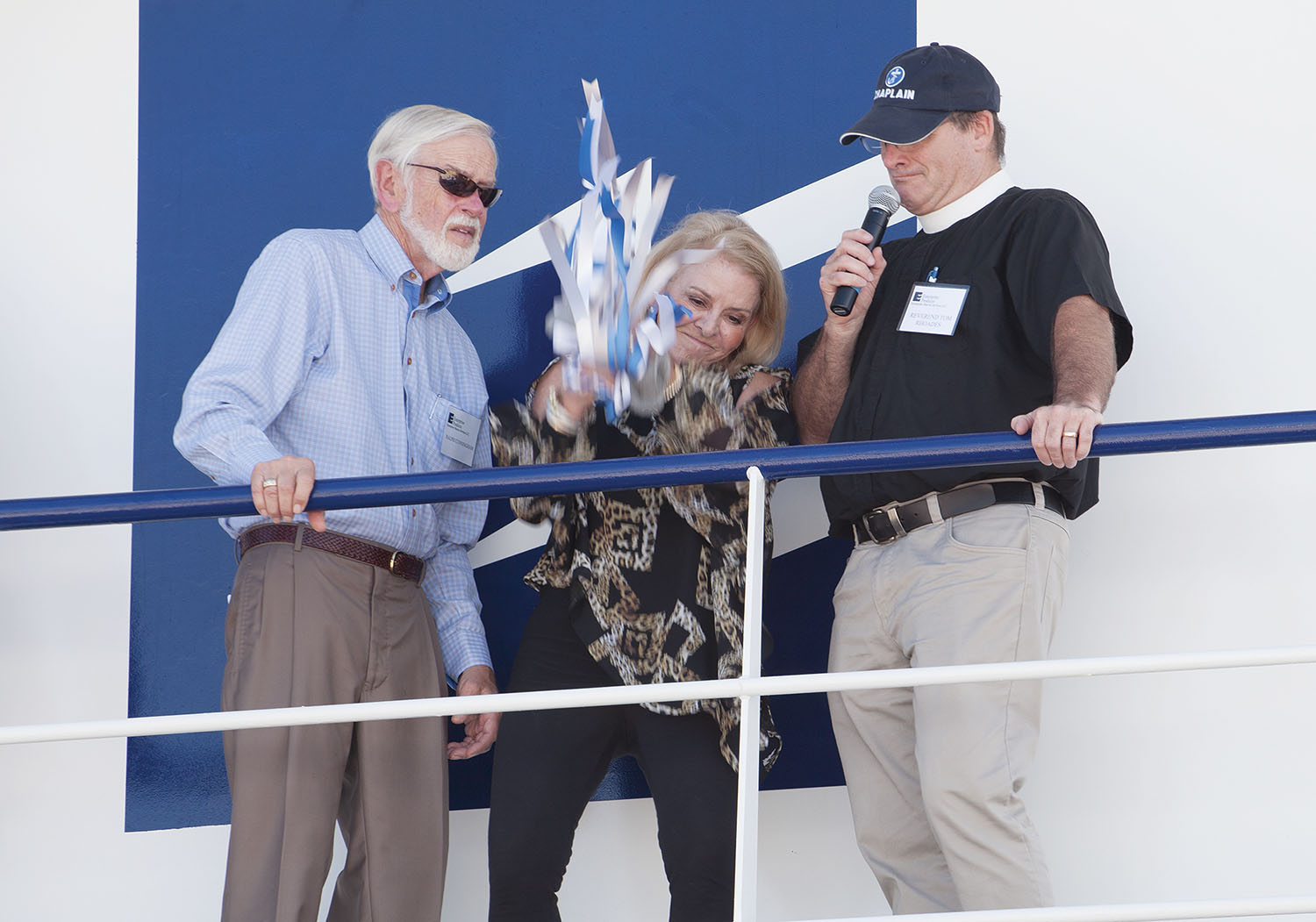 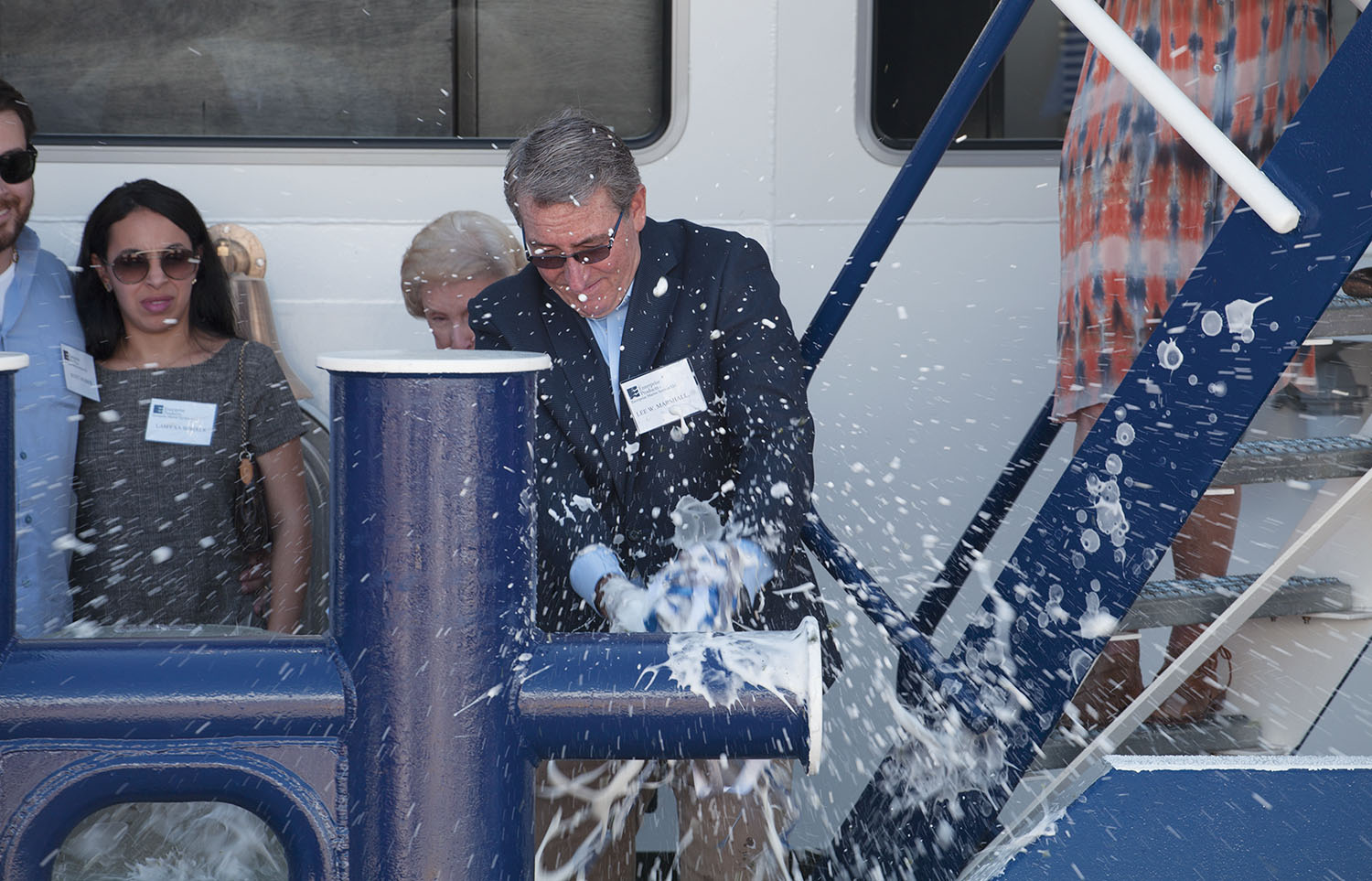 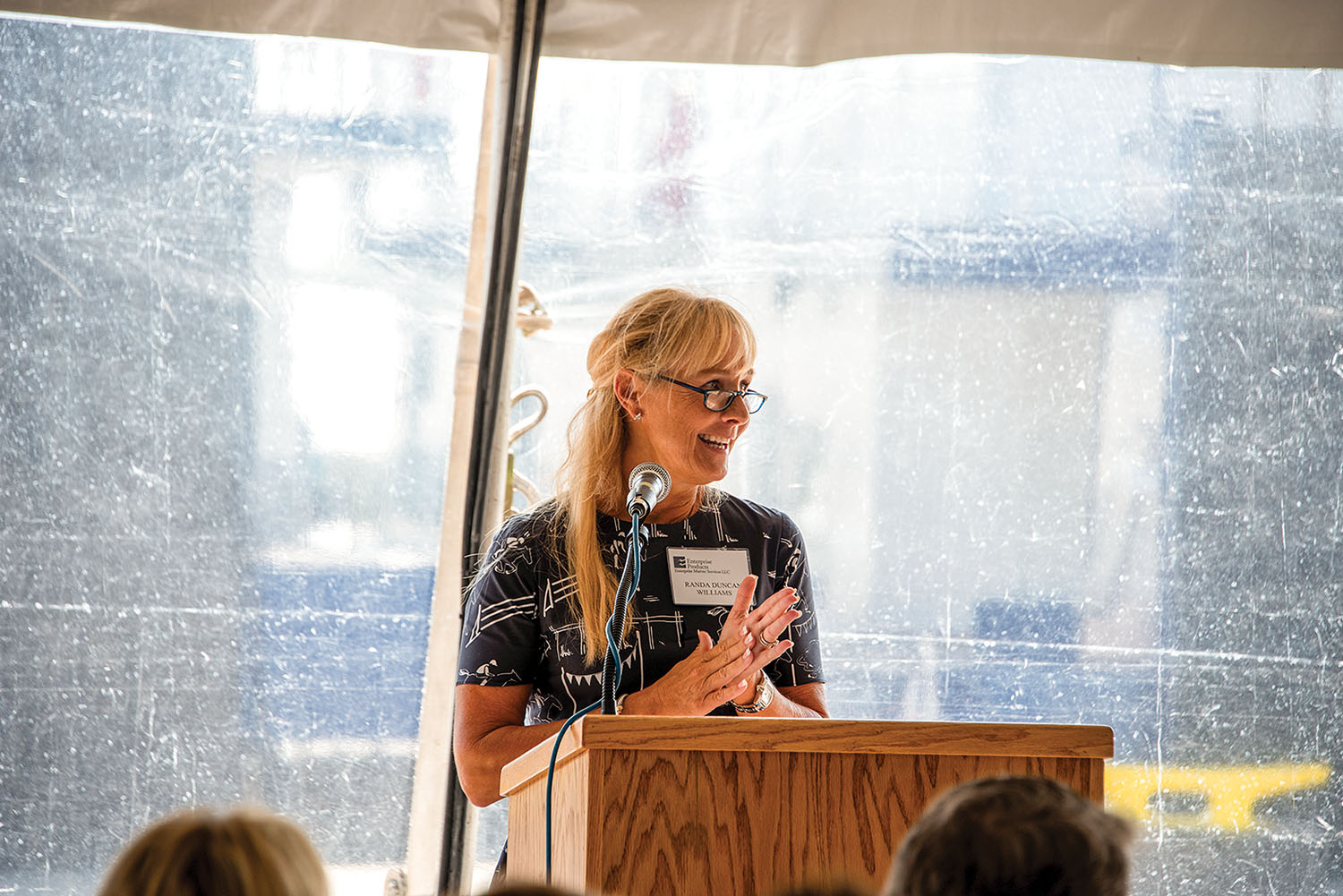 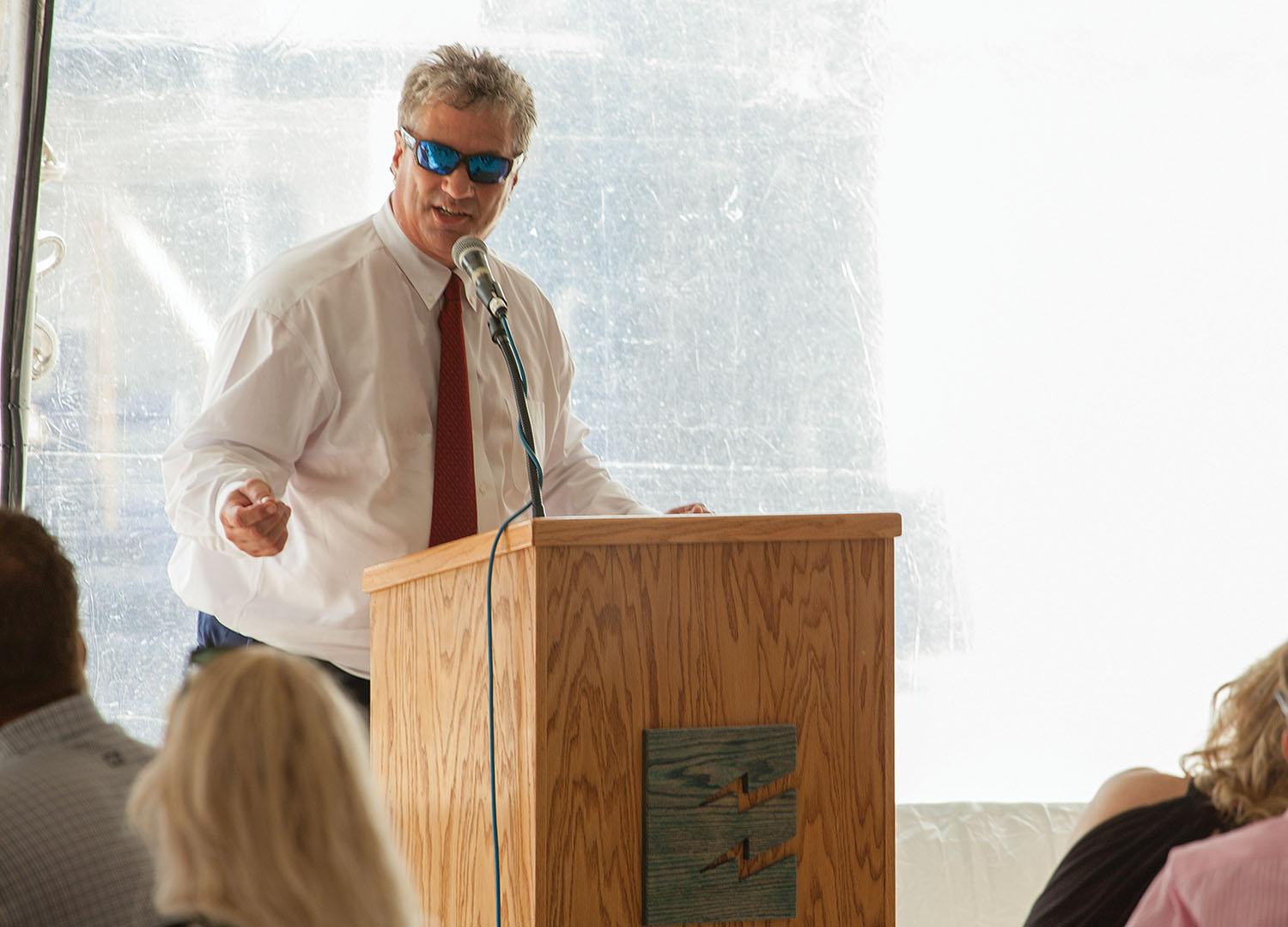 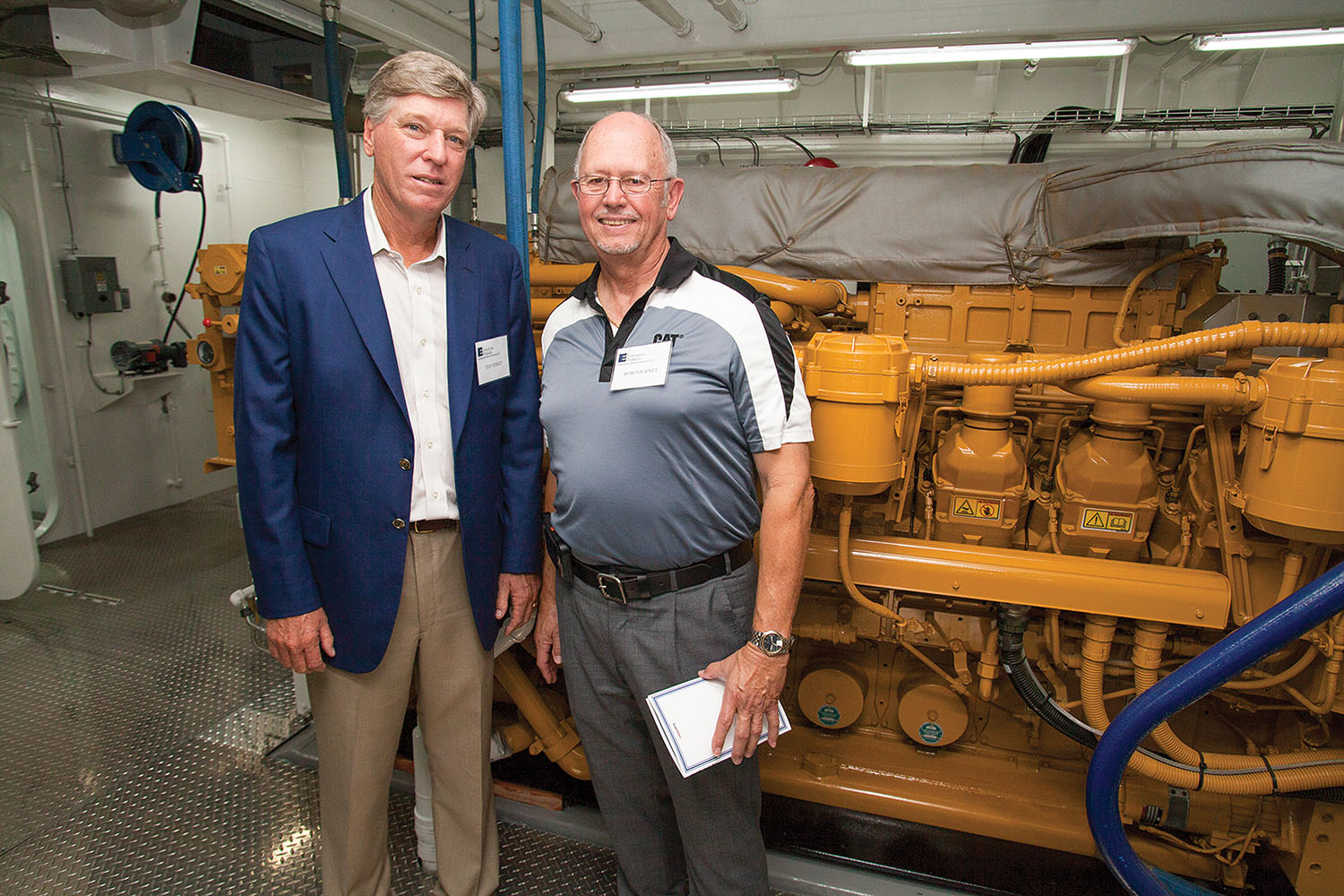 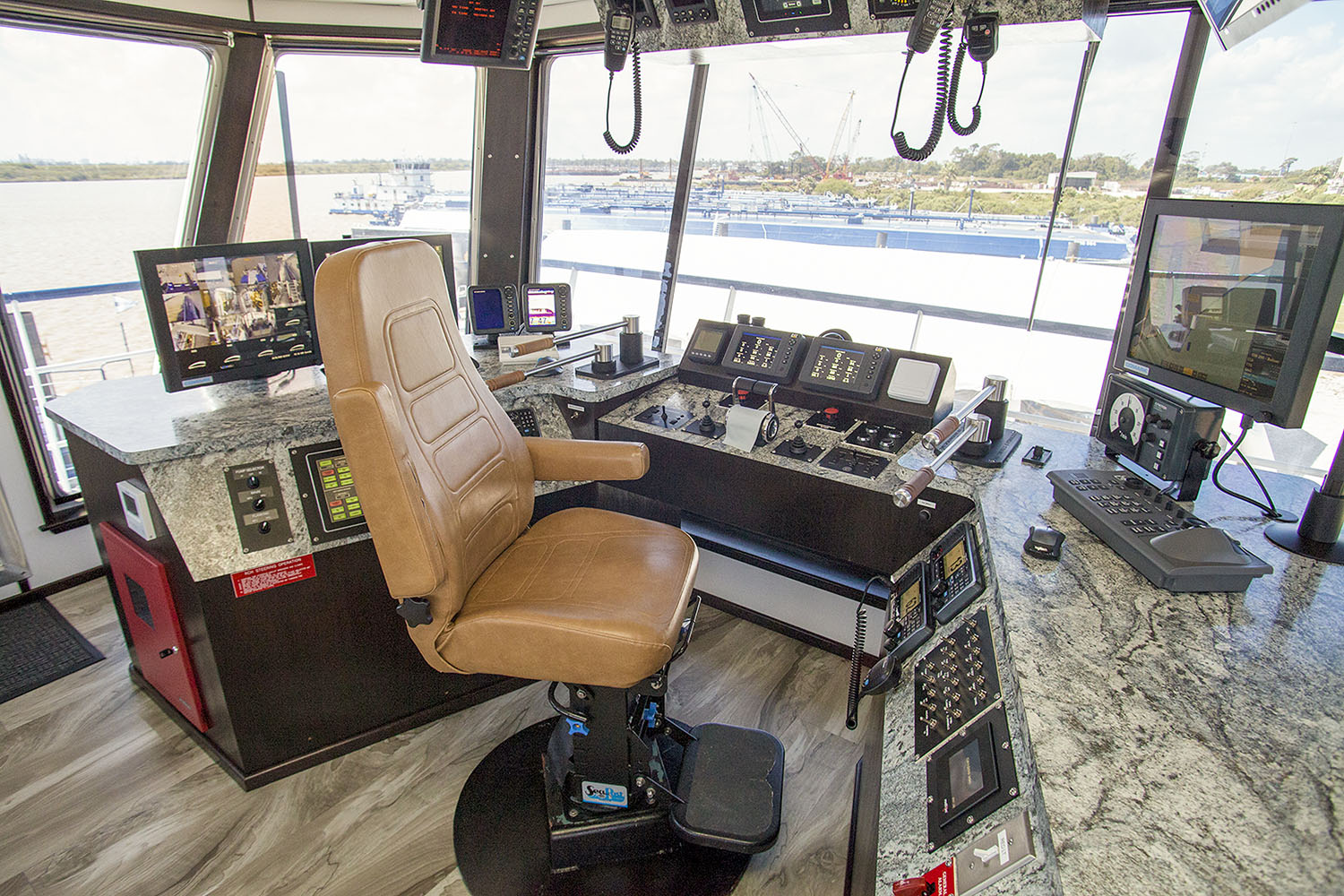