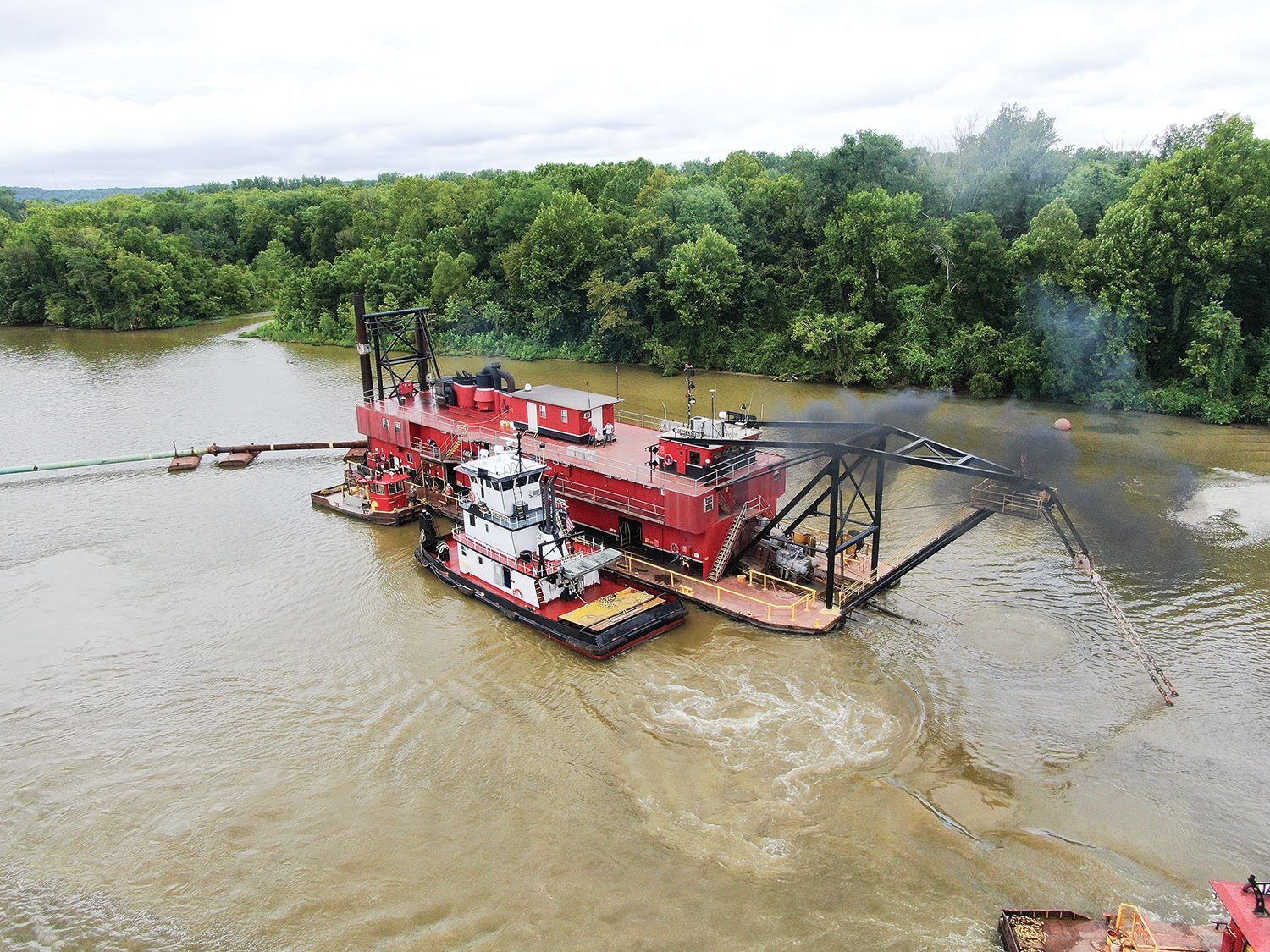 The February flooding stymied commercial and recreational navigation and, for a time, even hampered dredge mobilization to Aberdeen Lock and Dam at Mile 357.5 on the system, where the most dramatic shoaling occurred.

Following the February flooding, persistent high water on the Tennessee-Tombigbee and Black Warrior-Tombigbee waterways prevented the E. Stroud from traveling upriver for about three weeks. Corps officials used that time, though, to boost capacity at upland sediment disposal sites. Thanks to that persistence, a pilot channel was cleared at Aberdeen Lock and Dam on May 21, which allowed commercial navigation to resume.

All that is in the past now, though, with E. Stroud dredging operations wrapping up recently and the channel largely back to its pre-flood state.

“A total of $9.85 million was spent on dredging efforts on the river section of the project,” said Roger Wilson Jr., navigation manager for the Corps’ Tennessee-Tombigbee Waterway. “A total of 13 bar locations and approximately 1.6 million cubic yards of sand were dredged and placed into permitted upland disposal areas.”

Wilson added that more than $800,000 went into boosting storage capacity in those upland disposal areas to handle the surge in sand.

“Due to funding, I would say that we are approximately 90 percent back to pre-flood conditions on the river section,” Wilson said.

K-Belle Consultants LLC is dredging on the “divide cut” portion of the waterway using an 18-inch pipeline dredge. The divide cut is the 29-mile canal at the upper end of the Tennessee-Tombigbee Waterway that connects the Tombigbee River to the Tennessee River in the northeast corner of Mississippi.

Wilson said that $2.47 million contract should be completed by early next year.

“Dredging activities should wrap up no later than January 2020 on the divide cut, and at that time, we should be somewhere around 90 percent pre-flood conditions,” he said.

Caption for photo: The Dredge E. Stroud at work on the Tenn-Tom. (photo courtesy of Corps of Engineers Tennessee-Tombigbee Waterway)