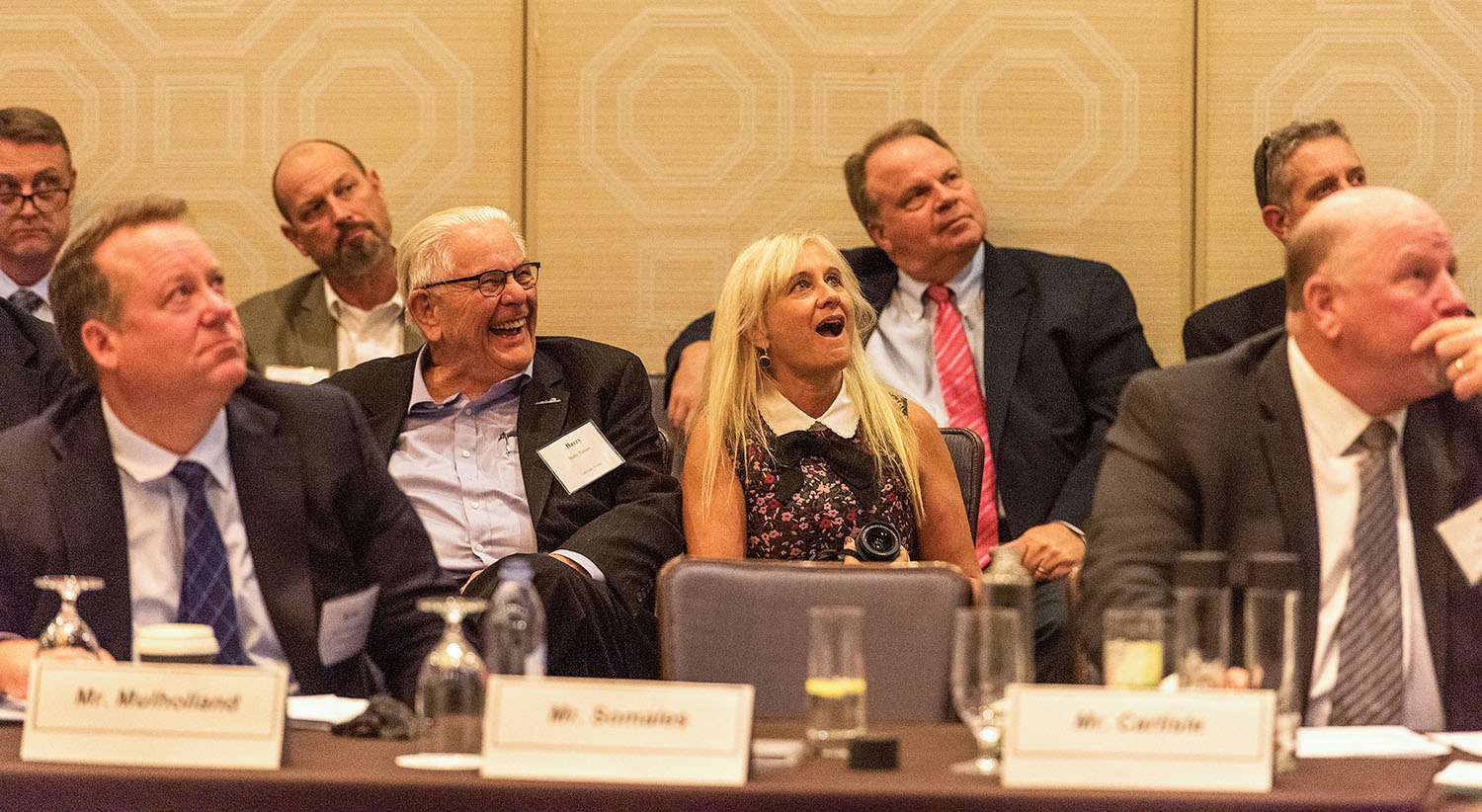 In a press release, the NRHOF said, “WCI’s commitment to addressing such key issues has increased national awareness of the importance of river infrastructure and maintenance and has done so under the leadership of a small and effective team comprised of president and CEO Mike Toohey, senior vice president Calhoun, vice president-government relations Tracy Zea, vice president-Midwest area Paul Rohde, and senior executive assistant Medina Moran.”

Calhoun was also recognized separately for her 25 years of service as an effective voice on behalf of the transportation industry. Besides her impact at WCI, Calhoun served a variety of maritime clients as president and CEO of Colbert Communications, a communications consultancy practice. She also served in communication roles for The American Waterways Operators, as well as the Telecommunications Industry Association and the Aerospace Industries Association.

Calhoun’s friends and associates, including husband Rick Calhoun, succeeded in keeping the award a secret from her right up until it happened. “It took me a minute after I heard the name announced to realize what was happening,” Calhoun told The Waterways Journal. But when she saw her two sons, who had been flown in for the occasion, it finally sank in.

Caption for top photo: Deborah Calhoun is surprised by the announcement that she was the recipient of a National Rivers Hall of Fame Achievement Award. Next to her is Barry Palmer, founder of DINAMO and the first president of Waterways Council Inc. (Photo by Rev. David Rider)