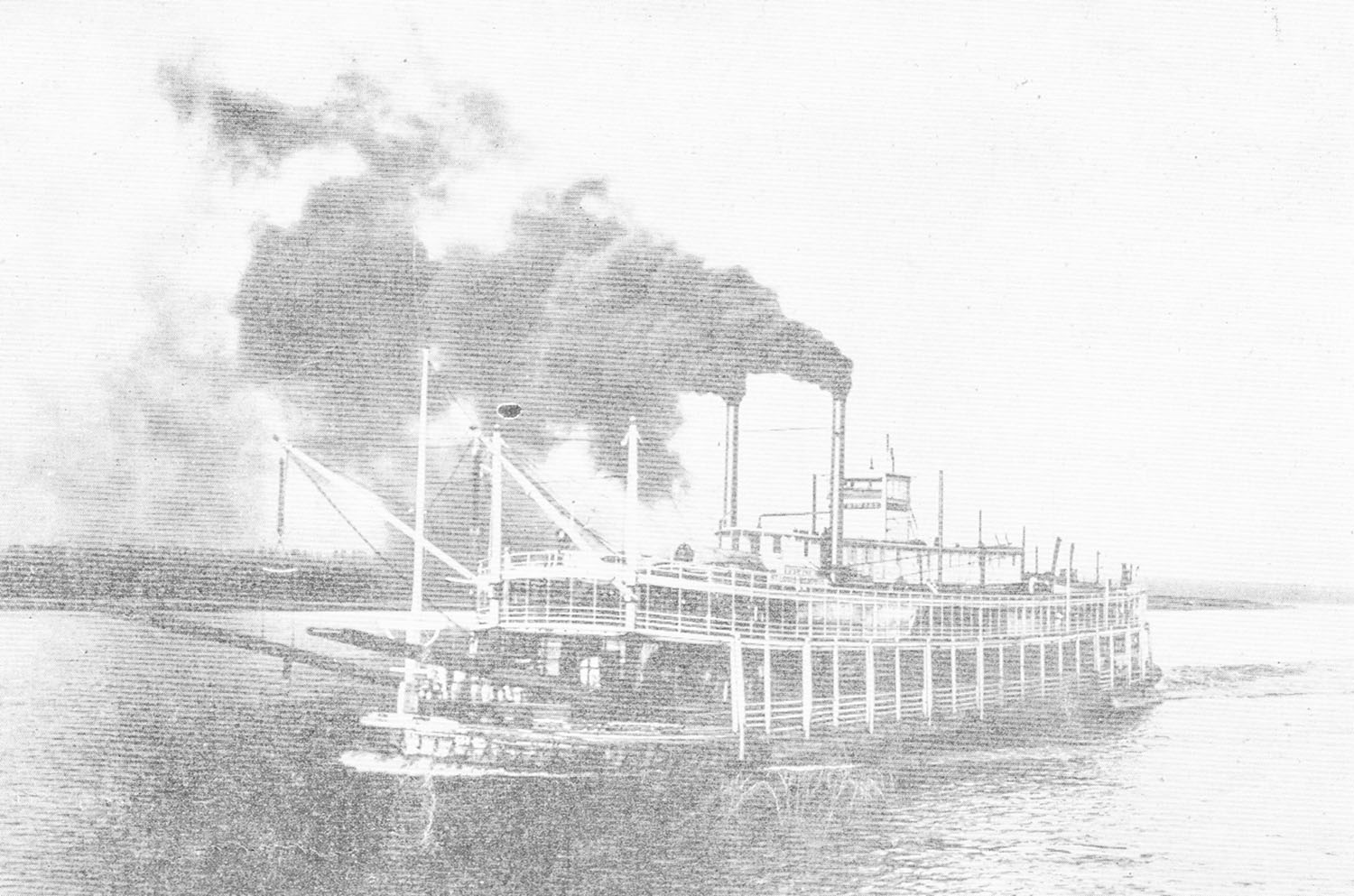 Built in 1902 by the Howard Shipyard at Jeffersonville, Ind., the Stacker Lee was owned by the famous Lee Line of Memphis. Constructed at a cost of $21,600 on a wooden hull measuring 225 feet in length by 45 feet in width, the sternwheeler was named for Samuel Stacker Lee, brother of James Lee, who founded the steamboat line.

Capt. Tom Greene is quoted as saying that the name of the boat sounded more “South” than any other steamboat’s name.

The boat ran mostly in the Memphis–St. Louis trade, but also operated up the Ohio to Cincinnati. Connections were made with other steamboat and railroad lines at Paducah, Cairo and other major towns in the territory. The Lee Line owned some 21 steamboats.

Near midnight on October 21, 1916, while downbound from St. Louis at Redmund Point Bend, four miles above Memphis, the Stacker Lee sank. No loss of life was reported. The water came up to the after end of the texas deck. The purser, Nick Jokerst, gathered the money and papers from the office and, along with second clerk Walter Jeffords, went down to Memphis in a yawl to report the accident. The Bart Tully came up to rescue the passengers.

It seemed to be a day for bad luck on the river, inasmuch as the sidewheeler Cape Girardeau, of the Eagle Packet Company, sank during a storm at Fort Gage, Ill. The boat, under the command of Capt. Buck Leyhe, settled within two hours with only the pilothouse visible. No lives were lost and all passengers and crew were sent ashore in yawls. The Cape Girardeau was built in 1892 and originally named City of New Albany (this writer’s hometown) although no image has yet surfaced of the vessel bearing that name.

Capt. Fred Way recalled that river engineer Courtney Ellis, who served on Lee Line boats, liked to tell of a sign over the crew’s dining table aboard the Stacker Lee which proclaimed that there be NO STEAMBOATING AT MEALS!

Back by popular demand for the 19th year and just in time for the holidays, the 2020 Gas & Diesel Sternwheel Towboat Wall Calendar is now available. Printed on heavy card stock and suitable for framing, the calendar contains 13 large photos, featuring a specific boat and its history each month. The boats featured for 2020 include the Rosie R, Ranger, Guy L, Laura H, Duke, Patrick Gass, B.D. Raike, Louise, Hanover, New Lotus, Emma, John C. Irwin and Prosperity.

The cost of the calendar is $15.95 plus $4.50 for shipping. Add $1 shipping for each additional calendar. To order, send check or money order to: Draftware Inc., 45 Ems W32, North Webster, Ind., 46555. Online credit card ordering is available at www.draftware.com/calendar.