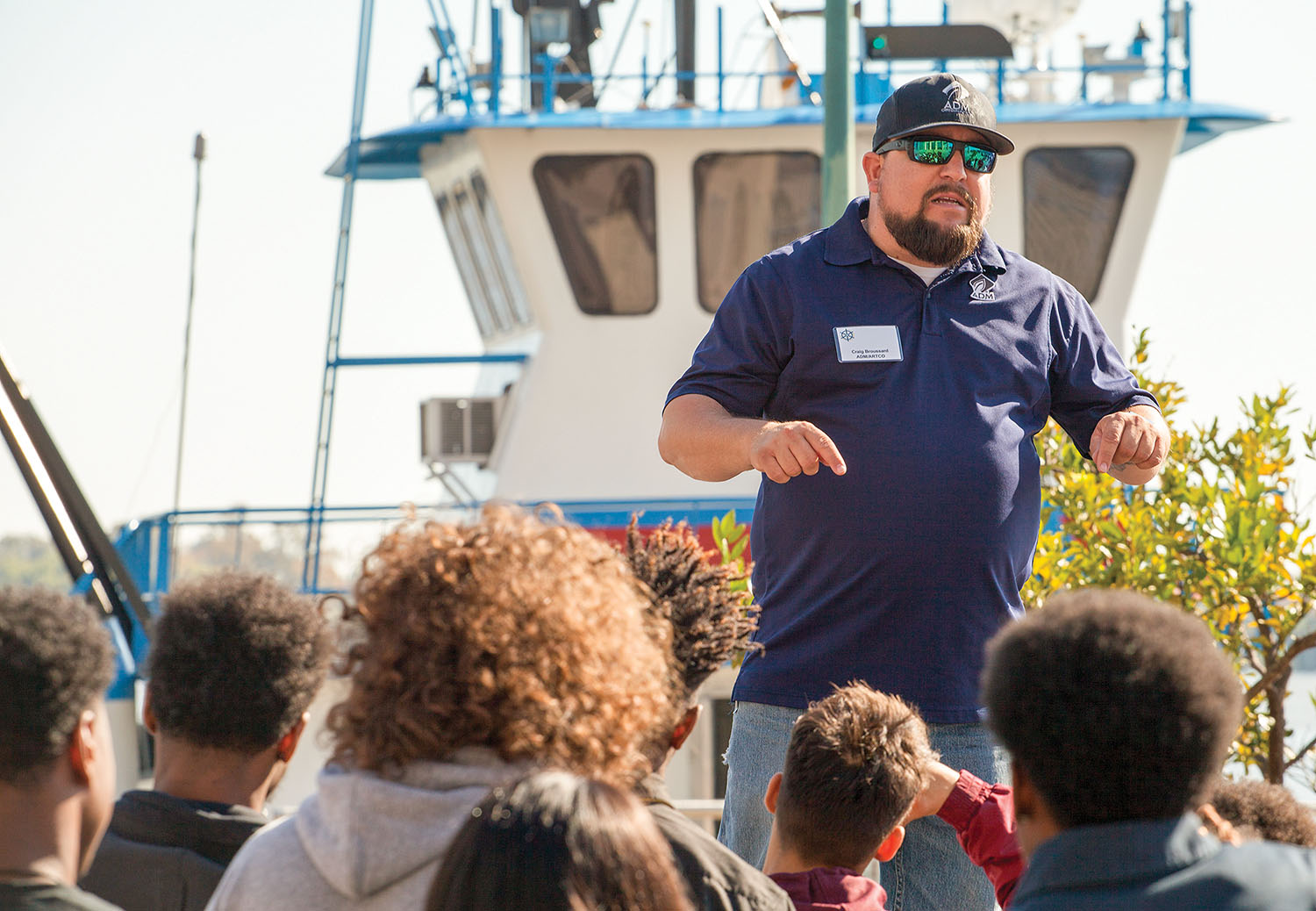 Students had the opportunity to tour Crescent Towing’s tug Mardi Gras, view an interactive presentation introducing them to the maritime industry, and visit stations outside the Port of New Orleans office that gave them a taste of career opportunities on the nation’s waterways. Students got to experience throwing lines and building tow, trying on personal protective equipment and learning about commodities moved on the nation’s waterways. In so doing, they had the chance to catch a vision for opportunities that await them after high school.

As they went from station to station, students were able to see ships sailing under the Crescent City Connection Bridge, while a port-owned dredge was at work and New Orleans Public Belt Railroad engines rumbled up and down the nearby track. Moored on the river were a Harbor Towing & Fleeting towboat and, just down from the port complex, the Queen of the Mississippi riverboat.

Caption for photo (click on photo for uncropped version): Among the presenters at RiverWorks Discovery’s Who Works The Rivers event in New Orleans, Craig Broussard of ADM/ARTCO urged students to earn their high school diploma and consider a maritime career. (Photo by Frank McCormack)