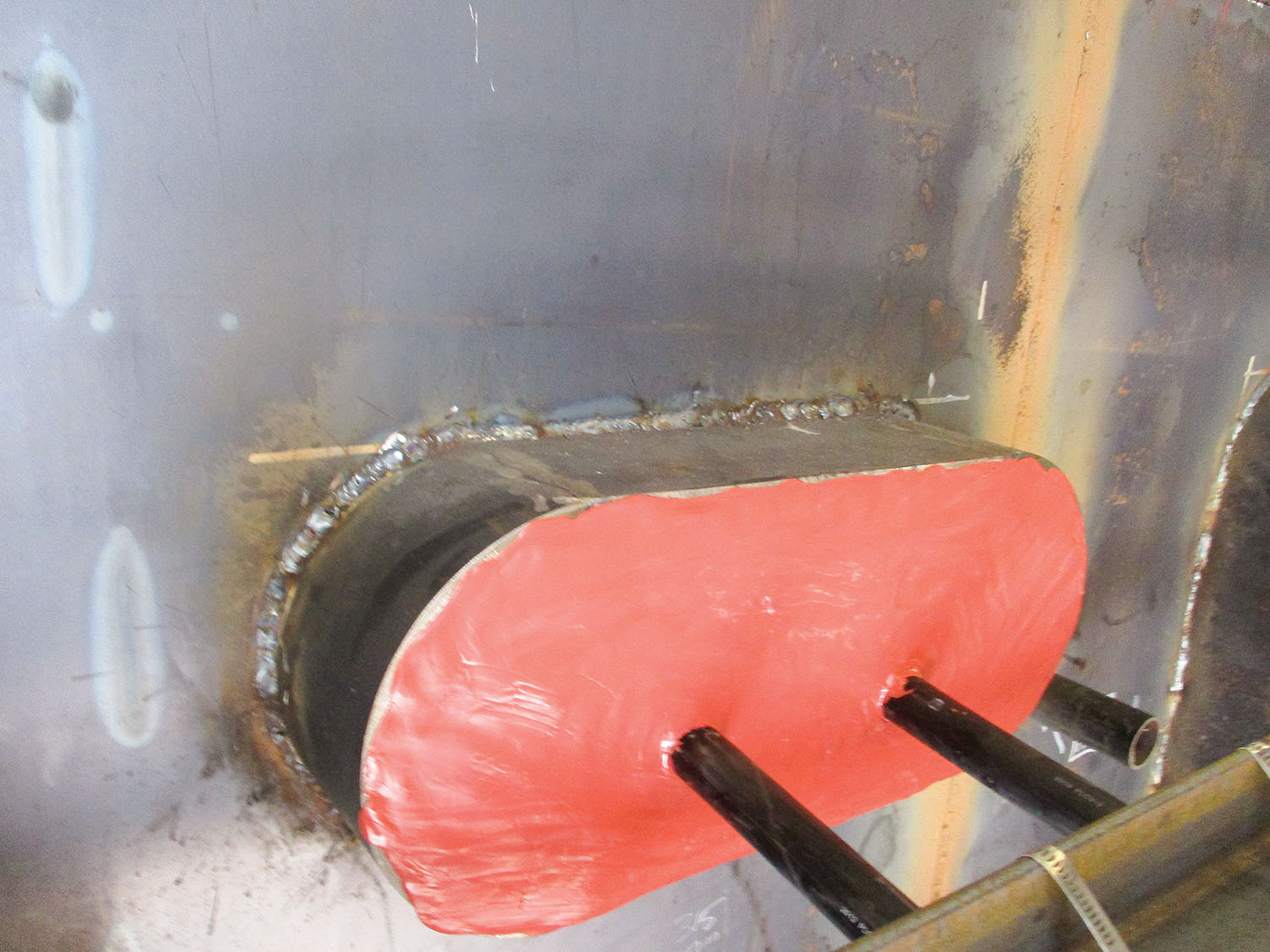 Designed to be both fast and flexible, STI Marine Firestop’s new MPACT Pipe and Cable System is a watertight sealing system for pipe and cable penetrations through fire-rated bulkheads and decks.

STI Marine Firestop, a division of Specified Technologies Inc. based in Somerville, NJ, designed the system, composed of a noncombustible filler blanket and an advanced Hybrid Polymer sealant used with a sleeve. The company plans to present the technology at the upcoming MariTrends Passenger Vessel Association conference in early February in Tampa, Fla.

The system prevents fire suppressants, whether carbon dioxide or clean agents, from leaking around pipes and cables and losing their effectiveness. It can be used to create fire boundaries and watertight fire boundaries.

Fire stopping has been a blue-water requirement for years.

“What we see are opportunities with the inland boats as new boats are built and they put in fire detection and suppression systems,” said Terry Mannion, director of marine industry relations for STI Marine Firestop.

“People are going to want to protect their crew safety and also their asset safety, so there will be opportunities to use these in retrofitting existing boats,” Mannion said.

According to information STI Marine Firestop produced in promotional materials describing the system, “It is easy to install and consists of a noncombustible filler blanket, which packs easily between penetrants, and our MFS Sealant, which bonds well to marine divisions and other substrates. The system is installed within sleeves and can bridge large gaps with no pipes or cables. This is due to how well the MFS, an advanced Hybrid Polymer Sealant, bonds to the noncombustible filler blanket. Small gaps are also not an issue.”

The U.S. Coast Guard-approved system doesn’t require any difficult installation techniques, meaning crews can generally do the work themselves instead of bringing in a specialized technician, Mannion said. “It’s a very universal product, very easy to install,” he said.

The system is also readily available as it is American-made and offered for sale through American distributors.

For more information, including a list of distributors carrying the MPACT Pipe and Cable System, visit stimarine.com.