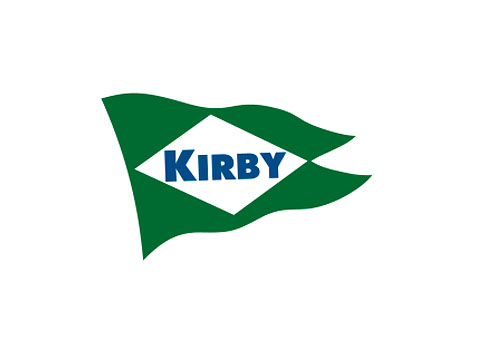 Kirby Corporation announced January 30 that it had signed a definitive agreement to acquire the inland marine fleet of Savage Inland Marine for approximately $278 million in cash and the assumption of leases.

The closing is expected to occur late in the first quarter of 2020, subject to customary closing conditions and regulatory approvals. The purchase will be financed through additional borrowings, Kirby said.

In a statement, Savage Inland Marine said, “Savage will continue to provide inland marine services to customers until the transaction is completed. Our offshore marine business and shore side services for some existing customers including dock operations, management, and logistics are unaffected by this agreement, and will remain an important part of our service offerings going forward.”

“We’re proud of the excellent service our inland marine team members have consistently provided for customers in the Gulf Coast and throughout the Intracoastal Waterway,” said Kirk Aubry, Savage president and CEO. “I’m confident that along with Kirby’s existing team, they’ll continue to provide value for chemical companies, refineries, and other businesses that transport bulk materials and products on the water.”

David Grzebinski, Kirby’s president and CEO, said, “The purchase of Savage’s inland tank barge and towboat fleet represents an excellent strategic addition to Kirby’s inland marine fleet, with young, well-maintained vessels. In the last few years, Savage has built a diverse and well-respected inland marine transportation business with a strong presence in towing, bunkering, and fleeting along the Gulf Coast. These operations complement Kirby’s inland business very well and will enable us to better service our customer’s towing and fleeting needs.

“Further, Savage’s ship bunkering business in New Orleans is an ideal expansion of Kirby’s existing bunkering operations in Texas and Florida and gives Kirby the ability to service bunker customers in this important Gulf Coast port.”

The announcement was made in Kirby’s report of its 4th quarter 2019 earnings, which also disclosed that adverse river conditions and lock maintenance closures contributed to an increase in delay days of 33 percent. A decline in demand from the oil and gas sector contributed to reduced revenues, the company said, but revenues increased in both the inland and coastal marine transportation sectors.

In the inland market, barge utilization was in the low 90 percent range during the quarter and was adversely affected by reduced chemical plant and refinery utilization and extended turnarounds for some major customers.

Operating conditions were “negatively impacted by significant wind and fog, as well as lock maintenance closures along the Gulf Coast and the Illinois River.”

Revenues in the inland market increased 7 percent compared to the 2018 fourth quarter, due to improved pricing and the contribution from the Cenac acquisition but were partially offset by the impact of reduced chemical plant and refinery utilization.

In the coastal market, barge utilization rates were in the mid-80 percent range and benefited from strong customer demand and several spot market barges that were placed on term contracts during the 2019 fourth quarter.

Compared to the 2018 fourth quarter, spot market pricing increased approximately 10 percent, and expiring term contracts repriced higher in a range between 5 percent and 15 percent. Revenues in the coastal market were up moderately year-on-year primarily due to increased pricing and higher barge utilization.

Commenting on the 2020 full year outlook and guidance, Grzebinski said, “Our earnings guidance range for the year is $2.60 to $3.40 per share, reflecting continued growth in inland, flat to modest growth in coastal, and a modest earnings contribution from Savage which takes into consideration integration costs, the time needed to integrate the fleet, inherited contracts, and interest expense. In distribution and services, although we anticipate a modest recovery in our oil and gas businesses relative to fourth quarter 2019 activity levels, significant uncertainty exists in our outlook, particularly regarding manufacturing activity.”

In the inland marine transportation market, Kirby’s 2020 guidance contemplates “favorable market conditions with continued growth in customer demand, increased volumes from new petrochemical plants, and modest net new barge construction in the industry. These factors are expected to result in barge utilization rates in the low to mid-90 percent range throughout the year. Combined with the anticipated contribution from Savage, inland revenues are expected to increase in the low double digits to mid-teens percentage range year-on-year with an overall operating margin in the high teens.”

Kirby said it expects 2020 capital spending to be in the $155 to $175 million range, including capital requirements for the Savage fleet. This range represents a 30 percent to 40 percent reduction in capital spending compared to 2019. Capital spending guidance includes approximately $25 to $30 million in progress payments on six new 2,600 hp. inland towboats.

Grzebinski concluded, “2019 was an exciting but challenging year at Kirby. In marine, I’m pleased with the hard work and performance of our teams which delivered significant year-on-year financial improvement in both inland and coastal, successfully integrated Cenac, and safely navigated and overcame historic high-water conditions.

“In 2020, the marine business is poised to deliver positive growth in revenue and earnings, and the addition of Savage will further strengthen our fleet and earnings power for the future. In distribution and services, although the oil and gas market was challenging for much of 2019, we took the necessary actions to right-size our operations and to ensure we emerge from the oilfield downturn as a stronger company. Pent-up demand continues to grow, and it is only a matter of time until the oilfield market recovers and our activity levels increase. When it does, we will be well-positioned to capture the improvement.”