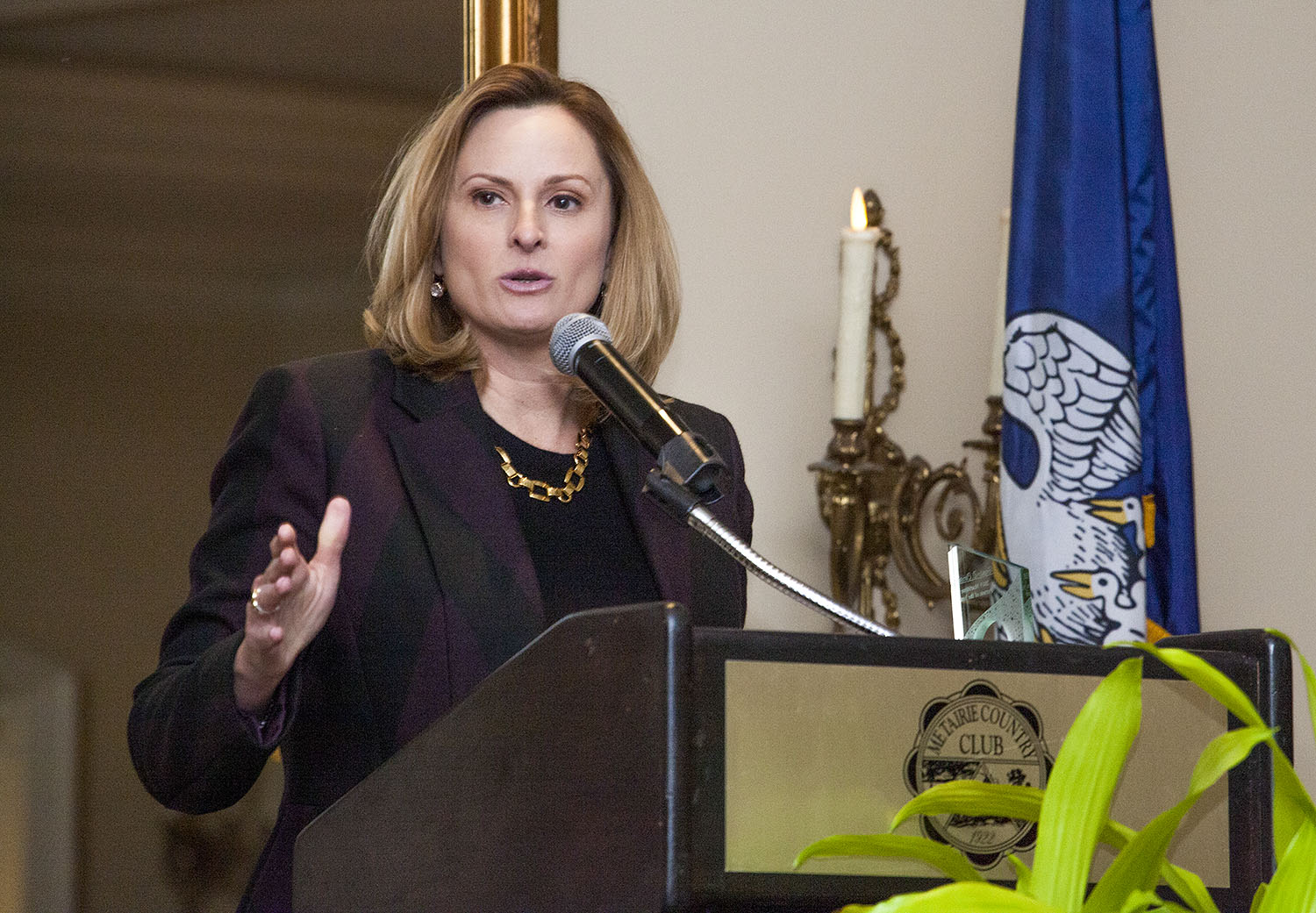 The New Orleans Propeller Club recognized Brandy Christian, president and CEO of the Port of New Orleans and chief executive of the New Orleans Public Belt Railroad Corporation, as the organization’s 2019 person of the year. Christian received the award during the club’s 86th Annual Person of the Year Gala, held January 29 at the Metairie Country Club.

Christian is the 61st recipient of the award, and the first woman to receive it.

“Brandy Christian is well deserving of this honor as the Propeller Club Maritime Person of the Year,” said William J. Baraldi, committee chairman for the Maritime Person of the Year, and the ex-officio of New Orleans Propeller Club. “She was selected for her foresight, proactive leadership and focus on results in bringing the Port of New Orleans into the 21st century and the future.

“The Port of New Orleans is one of the greatest economic engines for the state of Louisiana and the country,” Baraldi added. “It is often not recognized enough for its contribution to our federal and state economy.”

Christian became president and CEO of Port NOLA in January 2017 after having joined the port as chief operating officer in January 2015. Prior to that, she served 14 years with the Port of San Diego, eventually becoming vice president of strategy and business development.

Robert R. “Rusty” Barkerding, former Port NOLA board member and 2017 recipient of the Person of the Year award, praised Christian for her leadership and vision as the port’s chief executive.

Under Christian’s leadership, the port has been on a tear. In 2018, the port acquired the New Orleans Public Belt Railroad, the short-line rail service that connects the port to all six Class I railroads. In that year, the port also developed a new strategic master plan. The port is in the midst of a $100 million expansion plan, which includes the purchase of four new 100-foot-gauge container gantry cranes. The port continues to see impressive year-over-year growth in its container handling as well as cruise numbers. The port handled a record 648,538 twenty-foot equivalent units (TEUs) in 2019, a 10 percent jump compared to 2018.

Cruise business in New Orleans also continues to grow, with Disney and Royal Caribbean making New Orleans a homeport in 2020, along with Carnival, Norwegian and river cruises sailing from the Crescent City.

In accepting the award, Christian said her team is laying the groundwork for a bright future for the Port of New Orleans.

“Being recognized by a distinguished body such as the Propeller Club is an honor and validation that we as a port are moving forward in the right direction,” Christian said. “We are focused on continuing to build the necessary infrastructure to drive commerce and create jobs for our region. Port NOLA is a vital economic engine for the state of Louisiana, and we are focused on continued growth as we move forward.”

Of late, Christian has also been honored as a Louisiana Tourism Ambassador by Louisiana Lt. Gov. Billy Nungesser. She has also received the Hispanic Chamber of Commerce’s Excelencia Award and the Jefferson Parish Chamber’s Community Advancement Award. Besides her roles with Port NOLA and the Public Belt Railroad, Christian serves on the Green Marine Board of Directors, Railroad-Shipper Transportation Advisory Council, Atlanta Federal Reserve Bank Trade and Transportation Advisory Council, Louisiana Board of International Commerce, the World Trade Center of New Orleans Board of Directors and the New Orleans & Company Board of Directors.

Caption for photo: Port of New Orleans President and CEO Brandy Christian speaks after receiving the Maritime Person of the Year award from the New Orleans Propeller Club (Photo by Frank McCormack)