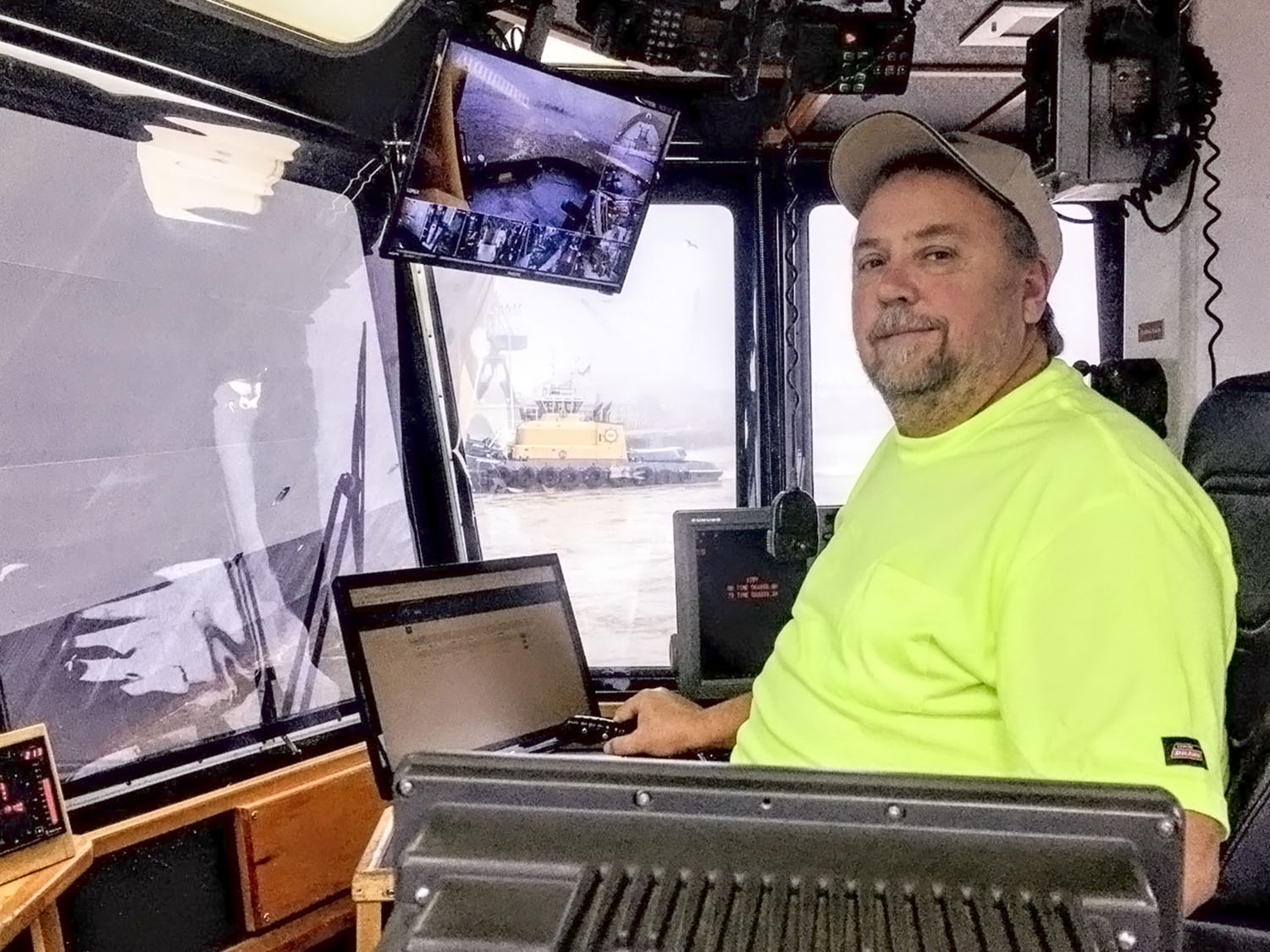 Capt. Bo Tucker has worked aboard tugs—primarily in Mobile, Ala.—for the better part of 30 years. Tucker said he actually started out in construction, but he had some uncles and cousins working in the maritime industry who recruited him to come work alongside them.

“I got on in August of ’91 with my uncle’s boat,” Tucker said, referring to Crescent Towing’s Ervin S. Cooper, a twin-screw tug that’s still part of Crescent’s fleet. “As soon as I got on with him, immediately he started teaching me how to run the boat.”

When asked what’s changed over his 30 years working in Mobile Harbor, Tucker pointed straight to the size of ships that harbor tugs service.

Of course, in 1991, the tugs at work in Mobile Harbor were smaller too. Tucker said Crescent’s three-vessel fleet in Mobile in the early ’90s consisted of one twin-screw tug and two single-screw tugs. Now, Crescent Towing’s Mobile fleet includes the J.K. McLean and Lisa Cooper (both with Z-drives and 5,225 hp.) and the Noon Wednesday, a twin screw tug with 4,500 hp.

Crescent Towing also has a fleet of five harbor tugs in Savannah, Ga., and 18 tugs on the Lower Mississippi River in and around New Orleans, La.

That presence in three distinct ports affords Crescent Towing’s mariners the opportunity to shift from one port to another in times of need. For instance, Tucker said, it’s not unusual for Mobile crews to shift to New Orleans during periods of high water. Working in each port equips Crescent’s mariners with experience and skills that enhance their safety and operational expertise in any harbor or waterway.

With harbors expanding and ships getting bigger, Tucker said innovation in the industry will only continue.

“The industry is still growing, and you never know what will come out next,” he said.

And that’s part of what continues to excite Tucker about his life aboard a harbor tug—and the maritime industry in general.

“It’s always an adventure,” he said. “Each job is different. You really don’t ever go to the same job. You either have a different size ship or a different draft, a different pilot on that ship or different crew on the boat.”

One thing, though, that’s stayed the same over these 30 years is seamanship among mariners, Tucker said.

“Our seamanship and looking out for each other stays the same,” he said. “Even among different types of boats. We are in the industry with pushboats, and we look out for them. In New Orleans or Mobile, if barges break loose, we go tow them. If they need any kind of assistance, we head to them. In the same way, they come to us.

Likewise, if there’s a disabled vessel or a fire, harbor tugs are often the first on scene and best-equipped to respond. Tucker said that over the years, his boats have responded to fires aboard barges, disabled vessels, mariners in medical distress, breakaways and more.

“We’ve gone and helped anywhere from the smallest fisherman to the biggest tanker,” he said. “It’s just a brotherhood. We don’t leave anybody. We try to assist whenever we can.”

And just as his uncles and cousins pulled him into the industry when he was a young man, Tucker said he does everything he can to train and equip young mariners.

“The first two days I was on with my uncle, I was in the wheelhouse,” Tucker recalled. “I didn’t like sitting in the galley, not seeing what was going on. That’s what I tell my younger guys. I say, ‘You come up here, and I’ll give you a chance to learn.’ The main thing is, if you show interest, any captain in the industry will help you out. But you have to show interest in it, and you have to want to do it.”

Tucker said he’s excited to see his 14-year-old grandson expressing that kind of interest in the industry.

“He’s seen my type of work, and he’s wanting to go into it,” the proud grandfather said. “You can really make a career out of it.”