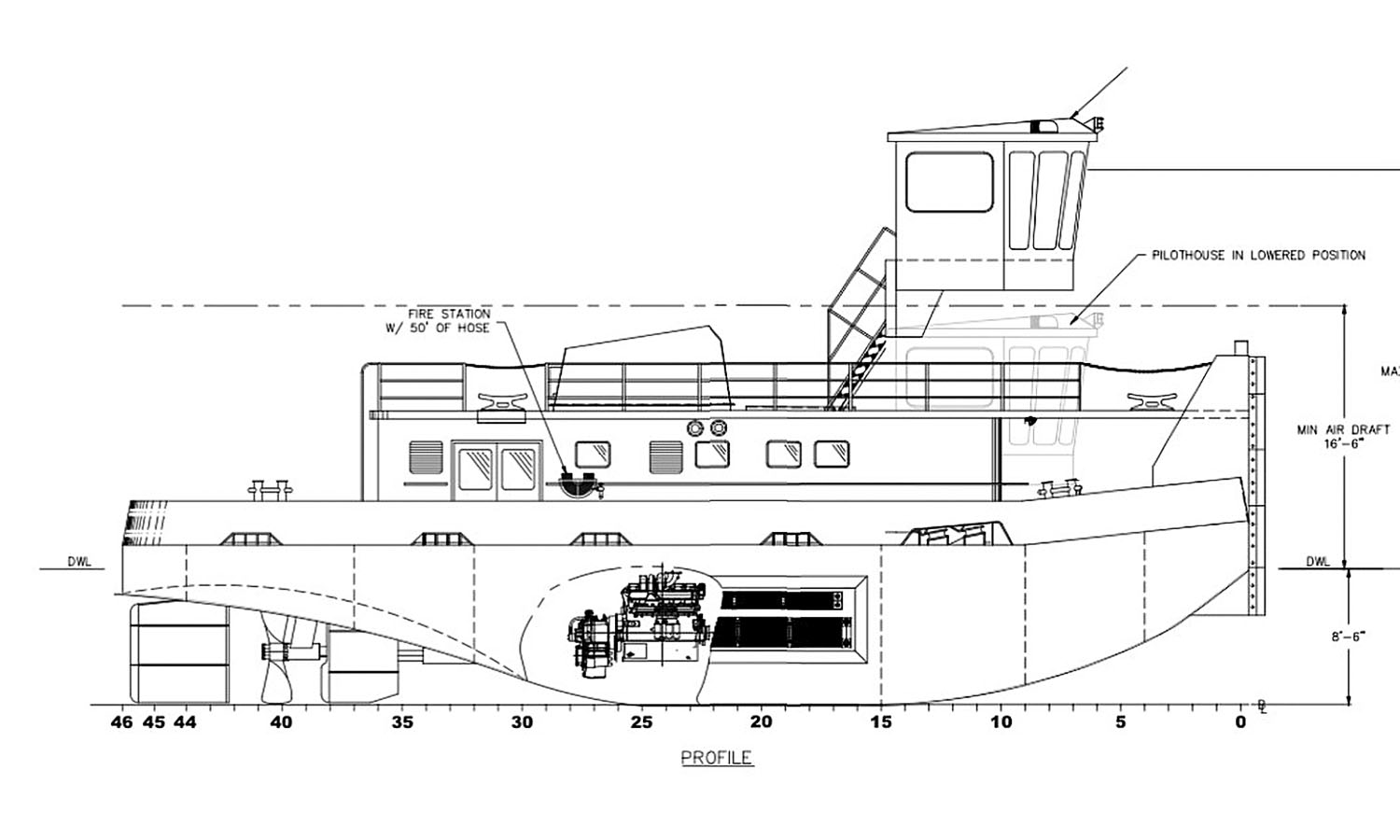 McGinnis Inc., part of the McNational Inc. group of companies, has begun construction on a new, twin-screw boat.

Crews began laying down the keel of the as-yet unnamed, 70- by 26- by 10-foot vessel two weeks ago at McGinnis’ Sheridan Shipyard in South Point, Ohio, said Bruce McGinnis, CEO of McNational. It will have 1,600 hp. and will be powered by Mitsubishi S6R2 Tier III engines. It will also have a retractable pilothouse.

“We’re going to use it in a combination of things,” McGinnis said. “It will work on the line and it will also work in the harbor.”

The boat will be based out of Cincinnati, Ohio. McGinnis called it a typical, heavily-built push boat. He said he expected eventually to name it after a long-time employee. The Shearer Group Inc. of Houston, Texas, drew up the plans, and McGinnis has been working toward construction for roughly the past six months.

Although it has built roughly 40 boats over the last 25 years, the vessel is the first for McGinnis since 2009, when the company built a 2,400 hp. boat it sold to Marquette Transportation.

“We plan to build several more for ourselves and for sale,” McGinnis said. “We’re capable of building up to 4,200 hp. boats.”

He said it was the right time for construction because the company is looking to update its fleet.

McGinnis noted that the company had been busy with other projects, however, including building some 195- by 35-foot deck barges in Hartford, Ill., and custom and specialty work, including crane flats and fuel flats.

McGinnis expects the new boat to be completed in the first quarter of 2021.