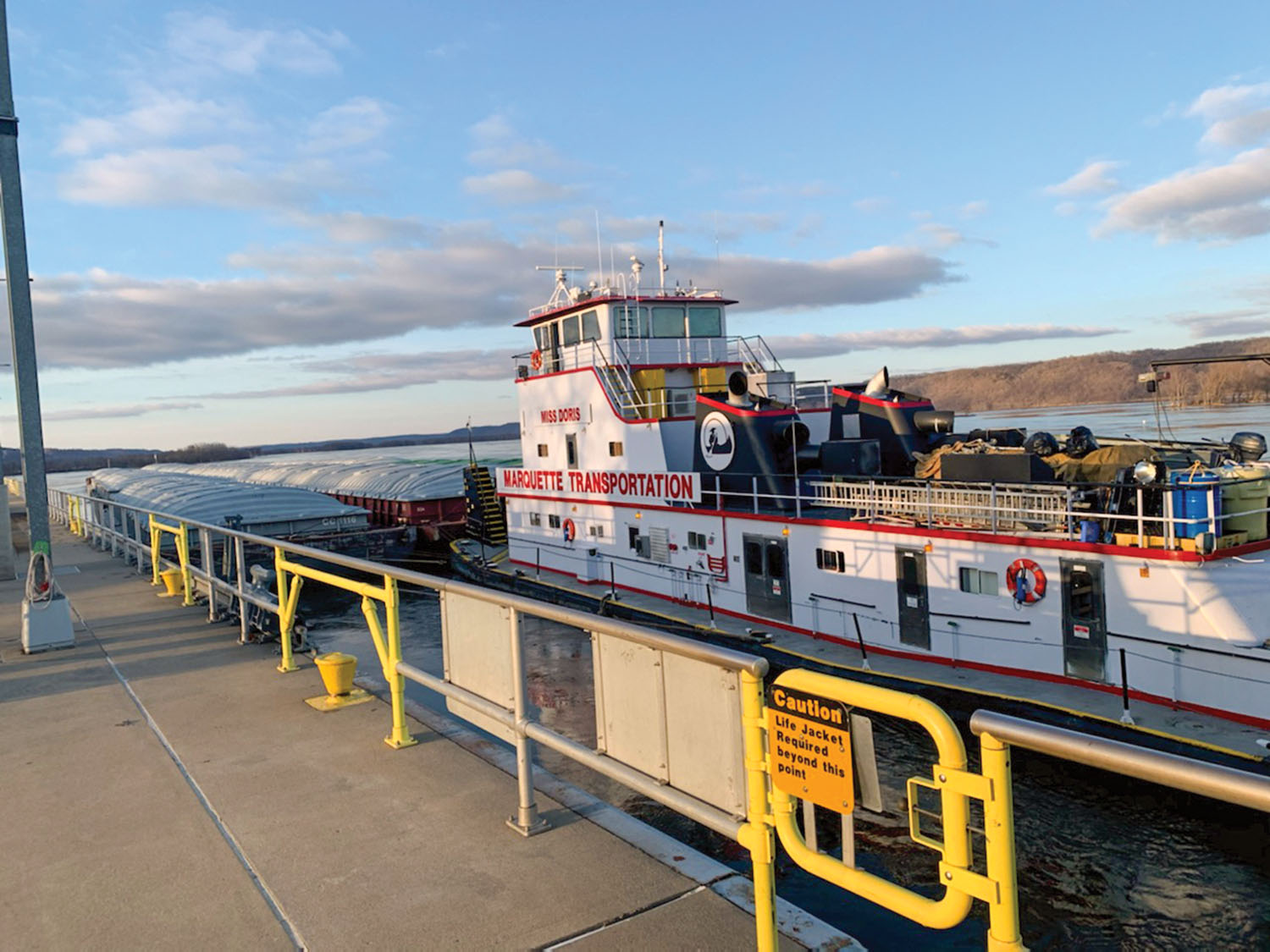 The St. Paul Engineer district announced that the mv. Miss Doris, originating from the Quad Cities in Iowa and Illinois and pushing 12 barges en route to St. Paul, Minn., had transited Lake Pepin by March 18.

Located between the Minnesota cities of Red Wing and Wabasha, Lake Pepin on the Mississippi River is the last major barrier for vessels reaching the head of the navigation channel in St. Paul.

The first “official” tow of the navigation season is traditionally regarded as one that originates in St. Louis or lower. Lake Pepin is the last part of the river to break up, because the river is wider and the current slower there than at other reaches of the river. If a tow can make it through Lake Pepin, it can make it all the way to St. Paul.

The Corps took the occasion to remind boaters in the area to “share the road.” Commercial towboats with barges are less maneuverable and take longer to stop than recreational boats. They cannot move out of the main channel of the river. Before getting underway, boaters should consider:

• wearing a life jacket at all times;

• leaving alcohol behind to reduce risk;

• checking the forecast; and

• filing a float plan with a friend or family member.

The St. Paul District maintains a 9-foot navigation channel and operates 12 locks and dams to support navigation from Minneapolis to Guttenberg, Iowa. The commercial navigation industry estimates an annual average savings of nearly $270 million by using the inland waterways instead of overland shipping methods.