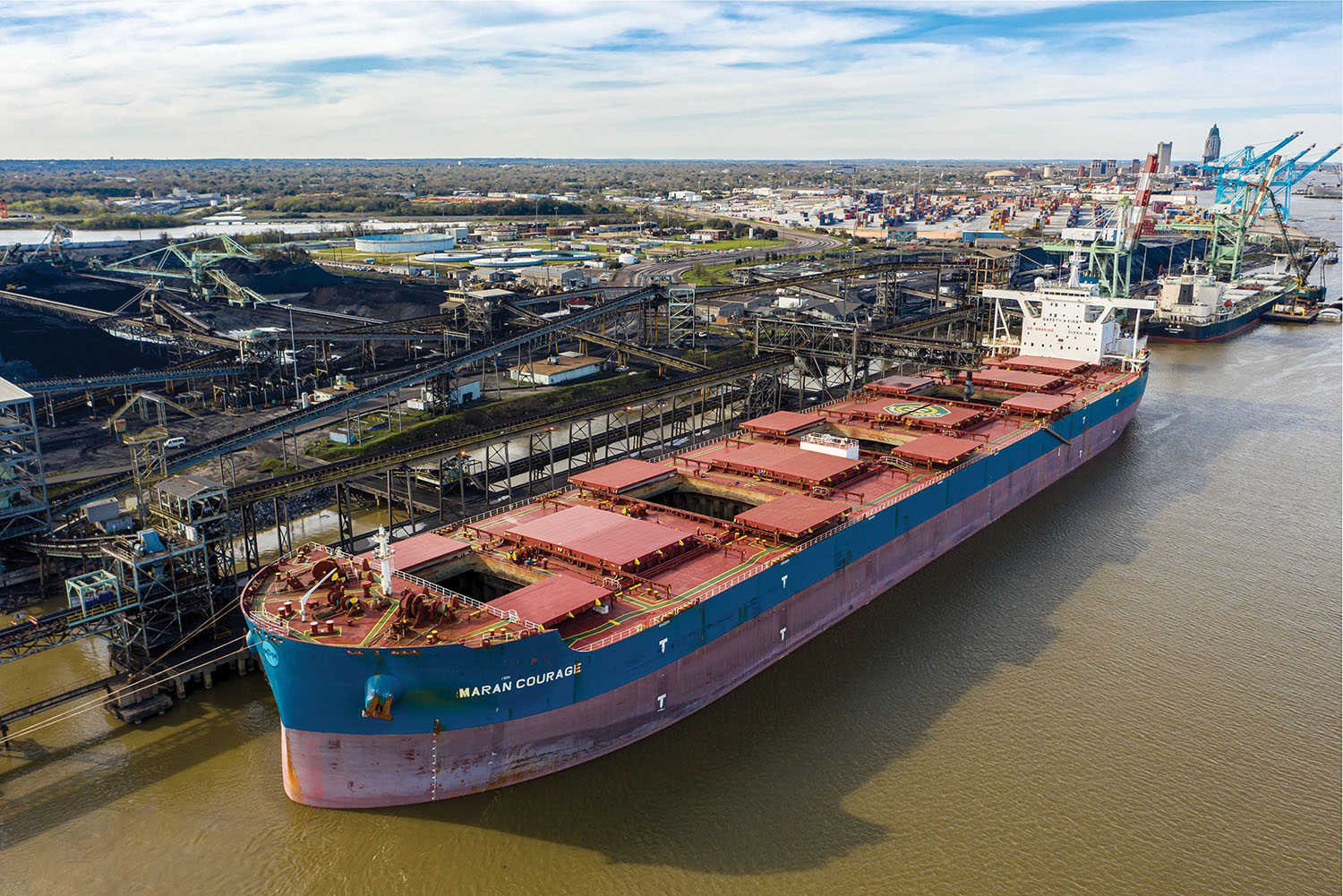 The Alabama State Port Authority announced it has welcomed the largest bulk cargo ship ever to call on the Port of Mobile. The bulk carrier Maran Courage measures more than 984 feet by 144 feet and was loaded with 133,000 short tons of metallurgical grade coal at the Port of Mobile’s McDuffie Coal Terminal. The entire shipment of cargo is now bound for Asian markets.

Jimmy Lyons, director and CEO of the Alabama State Port Authority, said calls by the Maran Courage, a Newcastle Max-class ship, along with calls by Post-Panamax vessels demonstrate that the port’s recent and ongoing infrastructure investments are paying off.

“We’ve already made investments to service and turn these large ships at the port, and today, we are deepening the port to 50-foot draft to leverage capacity opportunities afforded by the Post-Panamax-class ship,” Lyons said. “When our channel is deepened, the Newcastle Max will be able to load far more tonnage, which in turn provides our customers more capacity and more competitive transportation rates to service international market opportunities.”

The Corps of Engineers, along with Alabama’s congressional delegation, recently announced full funding for the Port of Mobile’s harbor modernization plan, which will deepen and widen the harbor over the next few years. Those improvements will especially benefit coal and containerized cargo shippers.

According to the port authority, Alabama’s metallurgical coal market is growing, with close to $1.4 billion in announced or planned mining investments in the works. Alabama is believed to have about 4 billion tons of coal reserves, with 80 percent of that being metallurgical coal ideal for steelmaking, according to a 2019 economic impact study from the Auburn University at Montgomery.

The Port of Mobile’s public facilities handle more than 26 million tons of cargo annually with connections to two interstate systems, five Class I railroads, and the nation’s inland waterway system.

Caption for photo: The bulk carrier Maran Courage was loaded with 133,000 short tons of coal at the McDuffie Coal Terminal.