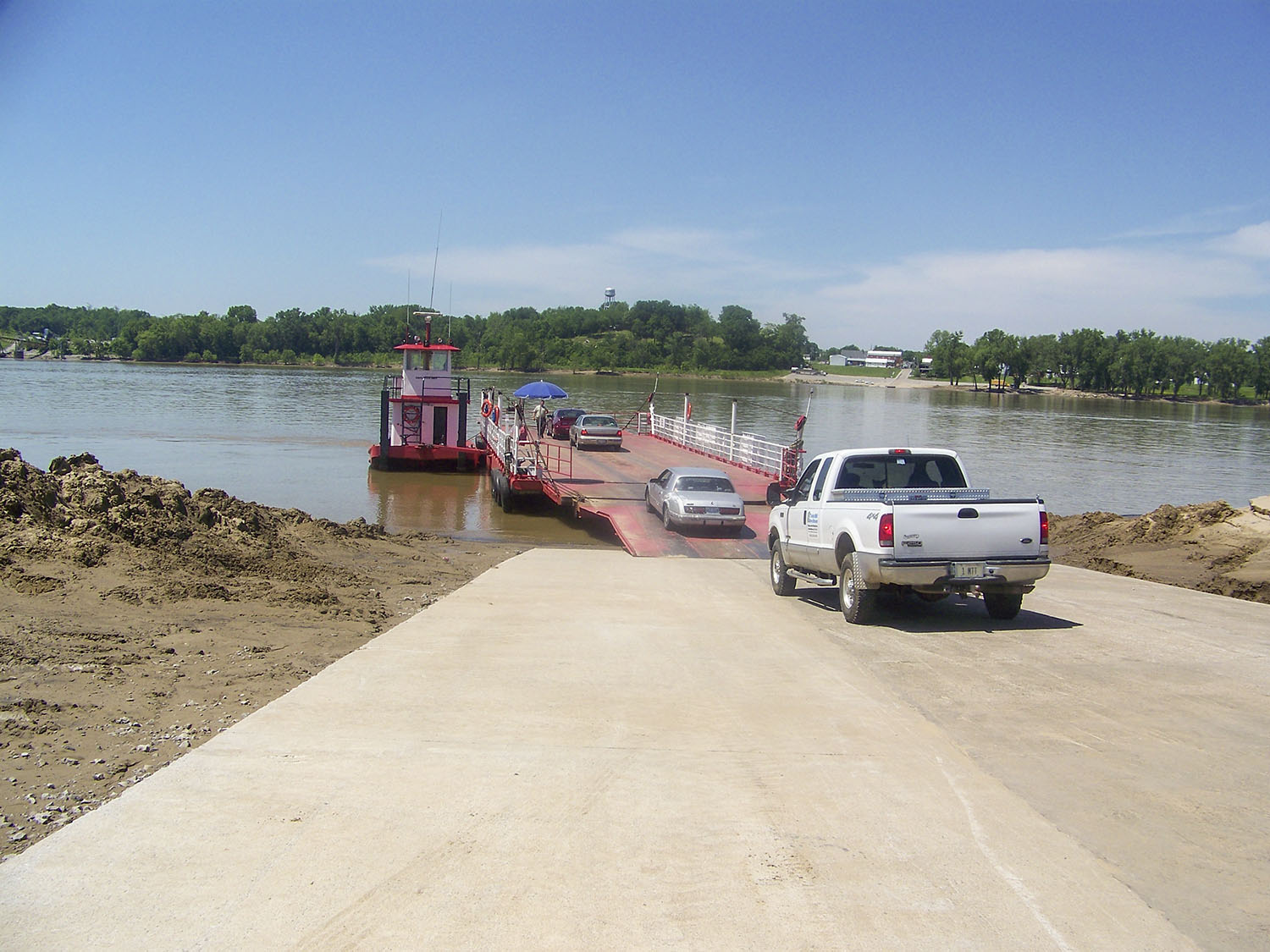 Ferries Close Again Due To Floodwaters

The Dorena-Hickman Ferry crossing the Mississippi River closed at 4:30 p.m. Friday, March 19, due to floodwaters once again covering the Kentucky landing.

The ferry connects Ky. 1354 near Hickman, Ky., with Missouri Route A and Route 77 near Dorena, Mo., at river Mile 922.0. It normally has to close when the gauge at Cairo., Ill., exceeds 44 feet, putting floodwaters above where the ferry can operate.

On March 26, the Kentucky Transportation Cabinet said the anticipated reopening date for the ferry is April 6.

The ferry was closed for three weeks from February 11 to March 2 this year, also due to high water.

Besides serving as a transportation link between Kentucky and Missouri for daily commuters and farmers, the ferry serves as a tourist attraction for the region and provides a convenient route between southeast Missouri and the popular fishing and recreation areas around nearby Reelfoot Lake in northwest Tennessee.

Missouri and Kentucky have the geographic distinction of being the only border states that are not directly connected by a road or bridge. The only direct route between the two states is the Dorena-Hickman Ferry.

Over on the lower Ohio River, the Kentucky Transportation Cabinet reported that the Cave-In-Rock Ferry, which crosses the Ohio at Mile 881.0, was closing on March 26, more than a day earlier than it normally has to close when Ohio River floodwaters are in the 42­–43-foot range range on the Shawneetown gauge.  The river was at 42.7 feet on the Shawneetown Gauge at 10 a.m., March 26, with floodwaters lapping at the edge of the pavement on KY 91.

The Cave-In Rock Ferry was also closed earlier this year from February 15–25.

The ferry normally operates from 6 a.m. to 9:50 p.m., seven days a week. It carries about 500 vehicles across the Ohio River in an average day.

Caption for photo: The Cave-In-Rock Ferry crosses the Ohio River at Mile 881.0.