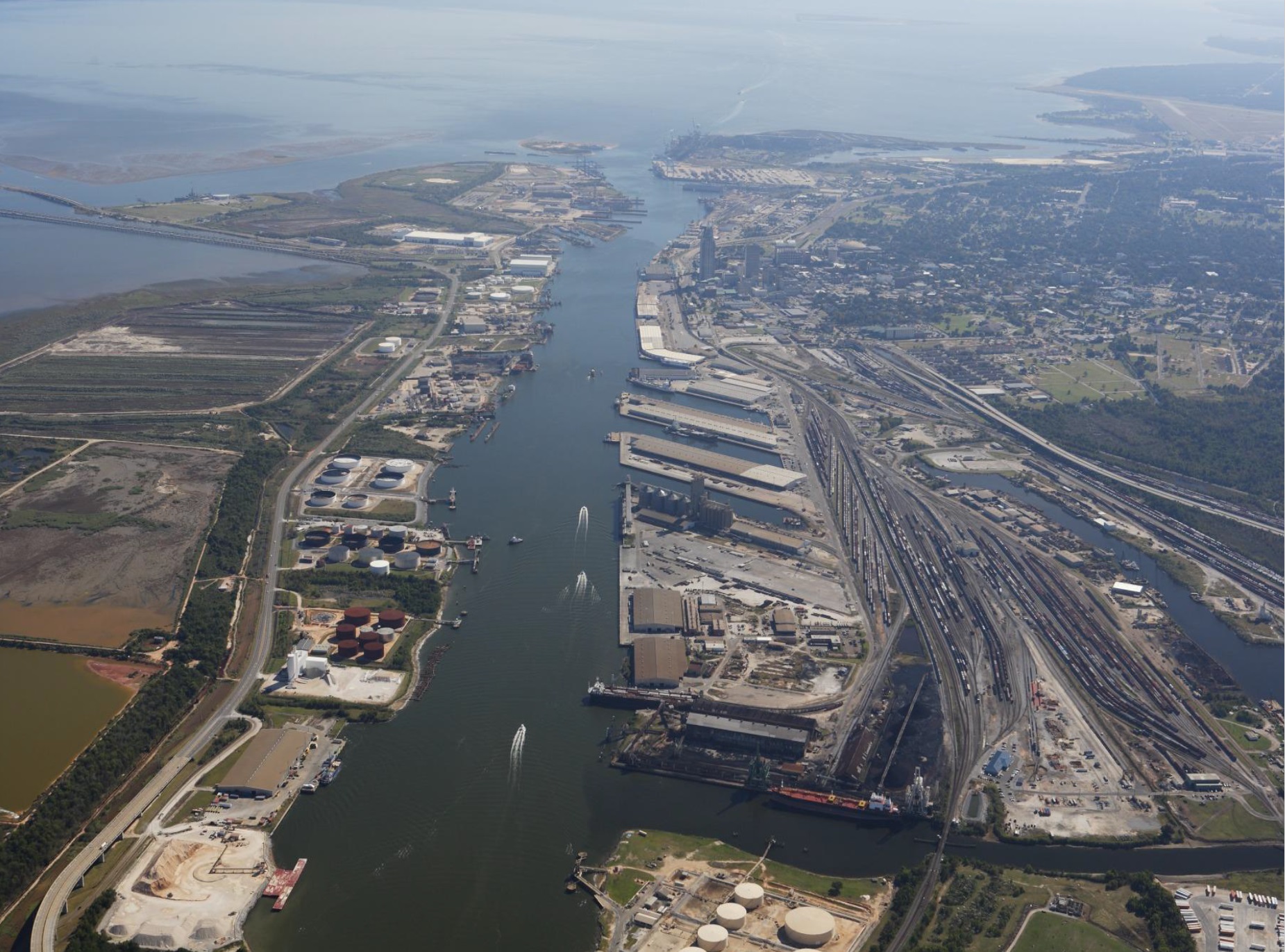 In early February, the U.S. Army Corps of Engineers released its fiscal year 2020 (FY 2020) work plan for Civil Works appropriations, which included $700,000 for the Pre-Construction, Engineering and Design (PED) of a deepening and widening project at Mobile Harbor, Alabama, and $274,300,000 for the federal portion of construction. The FY 2019 Corps work plan also included $1,875,000 for the PED phase. The $365.7 million project will deepen the existing bar, bay and river channels to 52, 50 and 50 feet, respectively. Channel areas will also be widened to ease tight bends and provide more room for two-way traffic.

In October 2019, the Corps Mobile District signed the PED agreement with the Alabama State Port Authority, which will provide 25 percent of project funding. In March, Alabama Governor Kay Ivey signed into law the Rebuild Alabama Act, a bipartisan measure passed by the Alabama State Legislature, that allocates a portion of state fuel tax proceeds to support approximately $150 million in bonds to meet the federal cost-share requirements for the harbor project.

The Morgan Peninsula borders Mobile Bay, Alabama, to the east, and Dauphin Island, a barrier island, lies to the west. The triangle-shaped bay, at approximately 413 square miles, is 31 miles long and 24 miles wide at is largest.

The GRR/SEIS identified navigation concerns around two issues: transit delays for larger vessels, due to the existing width of the channel; and limited cargo capacity due to channel depths.

The initial study was authorized as part of the Water Resources Development Act (WRDA) of 1986, and amended by WRDA in 1996. The GRR/SEIS is needed as a supplement to the original 1980 report prepared by the Corps.

“The bends are a natural feature within the bar channel,” Kleinschrodt said. Widening (or easing) the two sharpest bends were recommended to ease two-way traffic.

The district anticipates that channel traffic may increase independent of the widening and deepening project. “Due to the recent opening of the Panama Canal expansion and the increase of the number of Post Panamax vessels in the world fleet, the transition of larger vessels to the U.S. Gulf Coast is anticipated,” Kleinschrodt said. The channel already causes delays for the largest vessels that can only fit one at a time in the channel.

The Alabama State Port Authority said the harbor improvement project is also keeping pace with ongoing terminal investments – including its $50 million, Phase 3 container terminal expansion in early 2020, delivering another 20 acres of handling yard and extending the dock to allow two Post-Panamax sized ships to call on the port simultaneously. The project complements prior investments totaling $450 million in marine and rail container intermodal facilities that include two Super Post-Panamax and two Post-Panamax ship to shore gantry cranes.

The capital project will generate 24.1 million cubic yards of new material, plus up to a 15 percent increase in annual maintenance dredging (up to 5.9 million cubic yards annually). That material will go to the Relic Shell Mined Area; the Sand Island Beneficial Use Area (SIBUA); and the Ocean Dredged Material Disposal Site (ODMDS).

Six locations within the Relic Shell Mined Area, located to the northeast of Gaillard Island on the eastern side of the ship channel, were evaluated for potential placement. The proposed placement involves some beneficial use of material for open bay placement in strategic areas. Approximately, 5.5 million cubic yards of new material will be placed in the Relic Shell Mined Area. The potential placement areas were laid out in sections where there were disturbances with 15-foot depths or greater, based on historical surveys from the National Oceanic Atmospheric Administration (NOAA). These areas encompass approximately 4,100 acres with existing depths within the areas ranging from 10 to 14 feet.

“Based on discussions with the cooperating agencies during the study phase, one of the primary concerns expressed pertained to the conditions of the bay bottom in the northeastern portion of the bay where shell dredging operations were conducted prior to 1982,” said Mobile District Project Manager David Newell. “These operations resulted in an overall deepening of the bay bottom, which has been filled in by very fine grained sediment and believed to be the cause of degraded bay bottom characteristics and decreased ecological productivity, resulting from hypoxia during certain times of the year.” The plan will place sediment in certain areas of the bay to restore sediment to the system and improve bay bottom conditions, Newell added.

In January 2019, the Mobile District began an expansion to SIBUA to ensure adequate capacity in the future. The site was expanded beyond its existing boundaries to the northwest, continuing to follow the shoal and pathway of sediment transport toward Dauphin Island.

“The extension was laid out using depths of closure limits and the use of bathymetric change analysis to ensure the site was located within the active region of the nearshore coastal processes,” Newell said. The current depths targeted for placement within the proposed Northwest Extension are -8 to -27 feet mean lower low water (MLLW).

The Corps expects the PED phase and design of the first phase of construction to be completed by this summer. The Mobile District hopes to release bids for construction by August and award the first contract by fall.