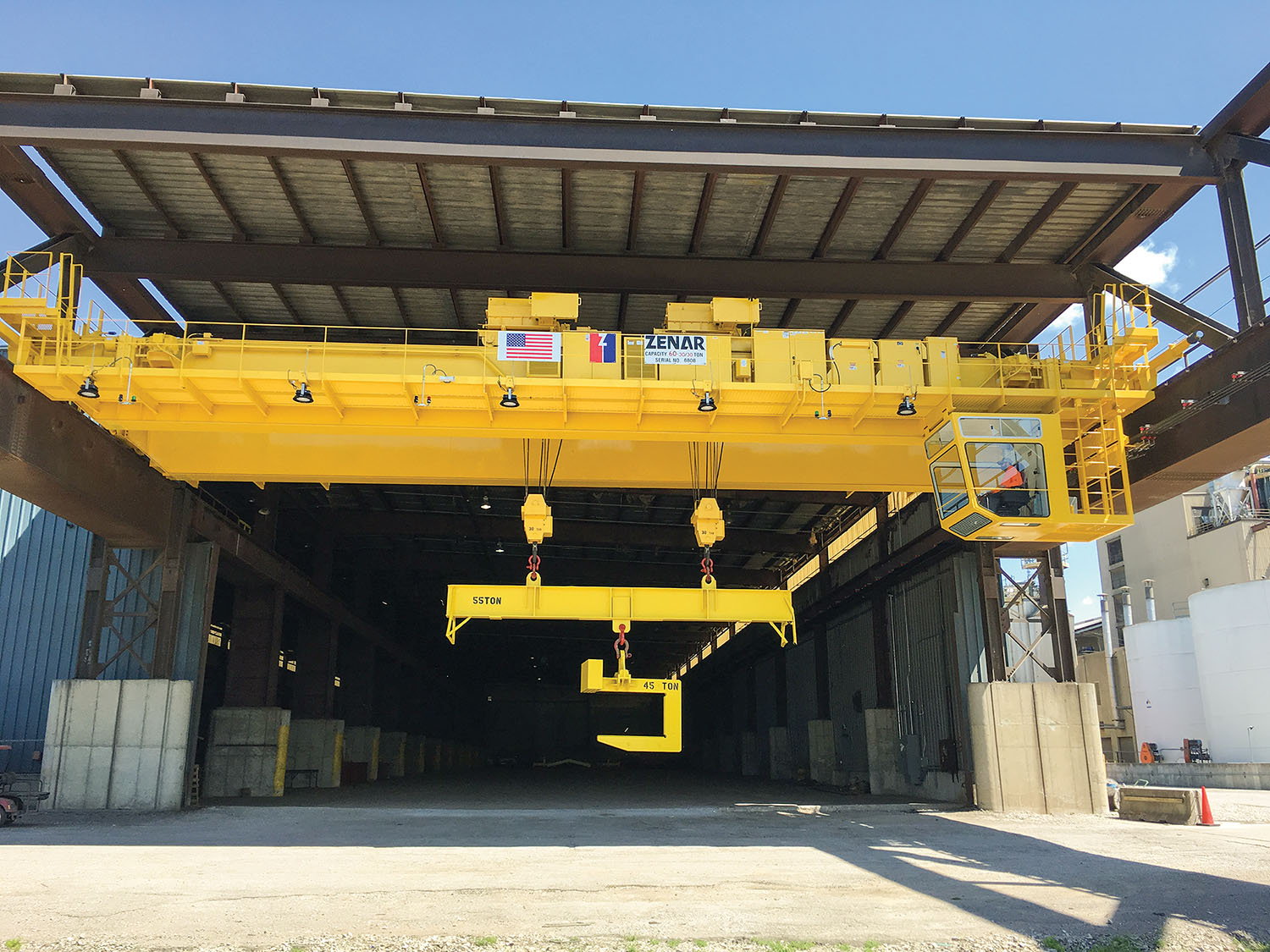 The electric-powered crane spans 75 feet and has a 60-ton lifting capacity with twin, 30-ton hoists, according to information provided by the port. It is used to load and unload general cargo between barge, rail, truck and warehouse. The new 53,000-square-foot transit shed floor can sustain load-bearing capacity to accommodate the maximum weights of any general cargo.

“We planned the capital improvement projects around a key component of our targeted marketing strategy to attract a steel-related facility to the Port of Indiana-Mount Vernon’s 544-acre megasite,” Port of Indiana-Mount Vernon Port Director Phil Wilzbacher said. “The overhead gantry crane is well-suited to handle steel coils. The concrete floor brings the original facility to a nearly like-new condition.”

The timeline from planning and engineering the crane to its fabrication and installation was about 18 months. It was manufactured near Milwaukee, Wis., by Zenar Corportation and assembled by a Mount Vernon-based company, TMI Mechanical Contractors. The crane will be operated by Consolidated Terminal & Logistics Company, a long-time port company and general cargo terminal operator. RiverTown Construction LLC of Newburgh, Ind., installed the transit shed floor.

In addition to working with multiple companies to direct steel barges to the port, the Port of Indiana-Mount Vernon offers existing infrastructure to handle both general cargo and bulk commodities by barge, rail and truck. The port opened in 1976 and is operated by Ports of Indiana, a statewide port authority managing three ports on the Ohio River and Lake Michigan.