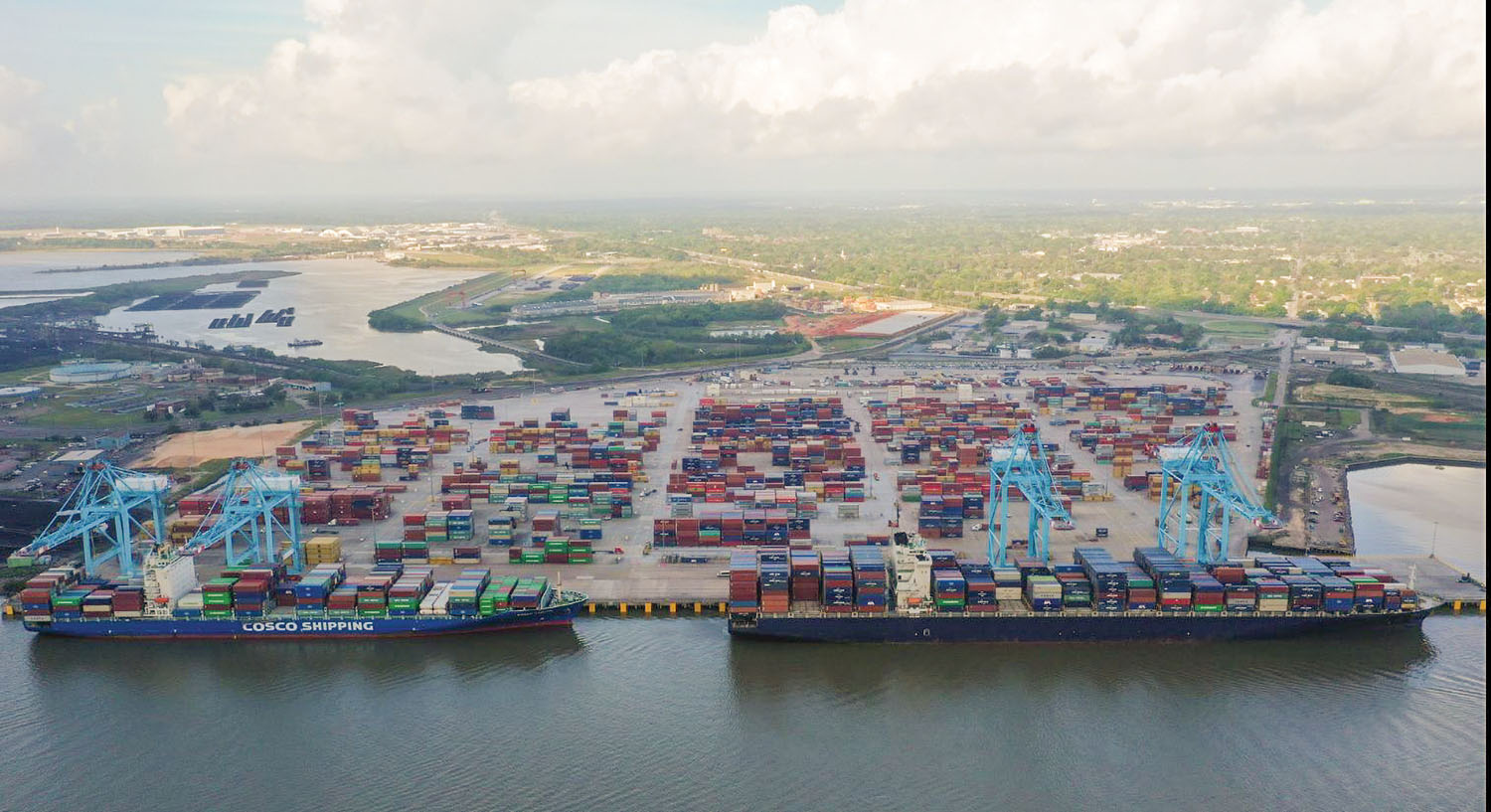 The extension is part of an effort by the port to remove any possible vessel berthing conflicts at the terminal, with weekly post-Panamax container ship calls already in place at the facility. Part of the expansion also included enhancing mooring and fendering systems to accommodate super post-Panamax vessels. The terminal also features a pair of super post-Panamax ship-to-shore gantry cranes, along with two post-Panamax gantries.

To date, investments in the 10-year-old, multimodal container terminal have totaled some $450 million. Further enhancement of the container terminal will come from the U.S. Army Corps of Engineers’ project to widen and deepen Mobile Harbor to a 50-foot draft by 2024. Full federal and state funding is already in hand for that project, which is expected to get underway this year.

“We continue to seek out and implement innovation and world class infrastructure to meet the needs of our carriers and shippers,” said Jimmy Lyons, director and chief executive officer for the Alabama State Port Authority. “We’re very pleased with both carrier and shipper confidence in our program as they continue to introduce larger ships, add capacity and increase volumes through the port.”

“We are very excited to complete this project, which allows us to offer a significant increase in berthing windows to our customers,” he said. “This expansion also enables us to offer improved capabilities to quickly service vessels that may arrive ahead of or behind schedule.”

The Port of Mobile has room to add more cranes at the container terminal to go along with recent improvements, including expanding its outbound vehicle gate from four to six lanes and growing the intermodal rail facility by 10 acres. Later this year, the port anticipates completion of a nearly 300,000-square-foot refrigerated warehouse facility, built by MCT Logistics.

“Jimmy Lyons and the Alabama State Port Authority have been a great partner in growing the container volumes in the Port of Mobile,” Harold said. “Since the opening of the container terminal in 2008, we have consistently worked together on short- and long-term commercial efforts, as well as the strategic development plans of the facility.”

The Alabama State Port Authority owns and operates the state’s deepwater port facilities at the Port of Mobile, with more than 26 million tons of cargo handled annually. APM Terminals, the terminal operating division of Maersk Group, operates the container terminal. The port has direct access to two interstate systems and five Class I railroads.

Caption for photo: The terminal extension is part of a $50 million expansion project to reduce vessel berthing conflicts.