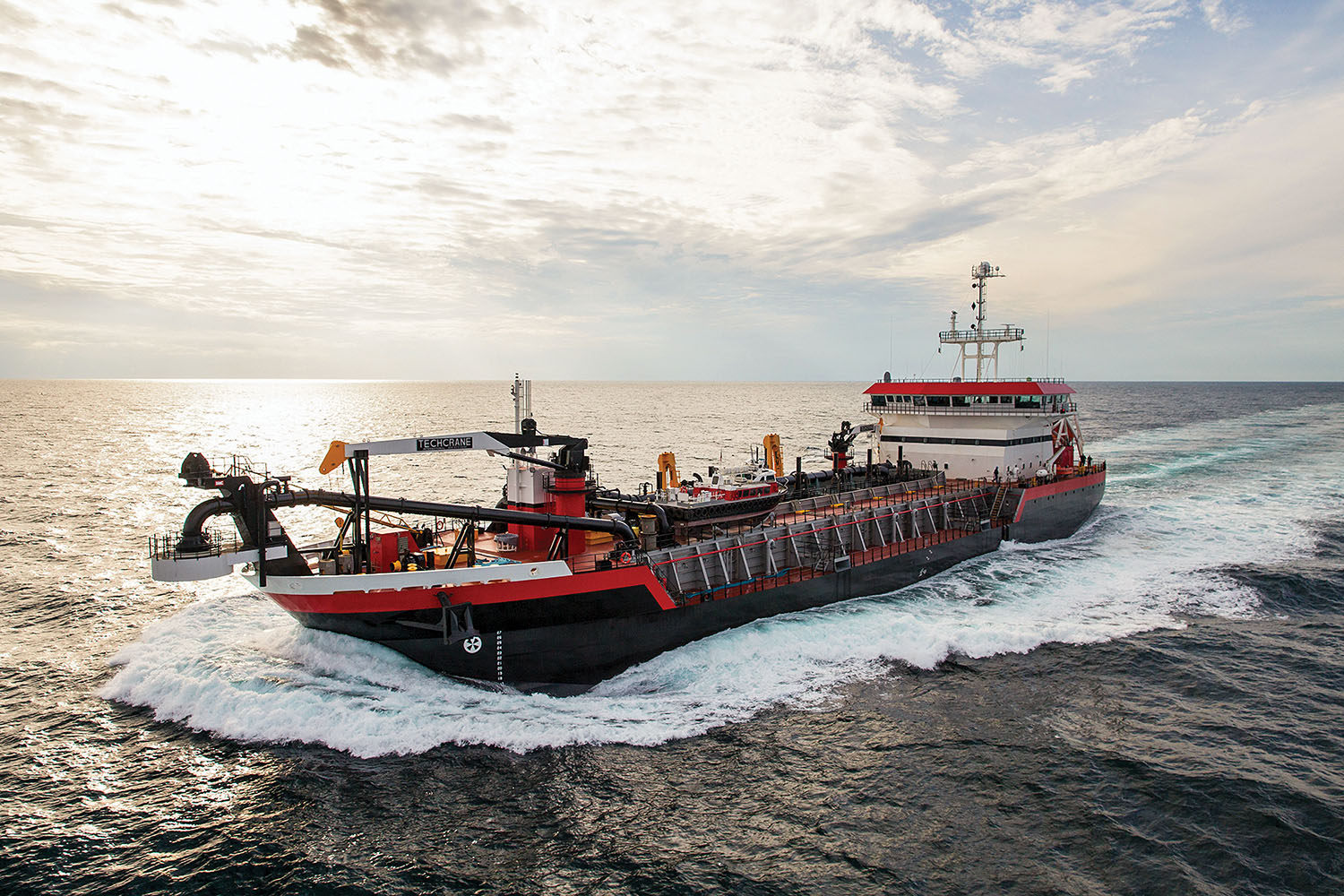 The dredge, to be named R.B. Weeks, will be a sister ship to the Magdalen, which Eastern delivered in December 2017. The new vessel, Eastern’s Hull No. 258, will be constructed at Eastern’s Allanton Shipyard in Panama City, Fla. It is scheduled for delivery in early 2023.

The R.B. Weeks is named in honor of Richard Weeks, a co-founder of Weeks Marine and husband of Magdalen Weeks, the namesake of the Magdalen.

The R.B. Weeks was designed by Royal IHC. It will be 356 feet by 79 feet, 6 inches, with a draft of 27 feet, 3 inches, powered by two GE 16V250 MDC Tier 4 engines coupled to Flender gears, driving Wartsila controllable-pitch propellers in nozzles.

The dredge’s hopper capacity will be 8,550 cubic yards. It will be U.S.-flagged and classed 100A1 Hopper Dredger, LMC, UMS by Lloyd’s Register.

Established in 1919, the 100-year-old family-owned Weeks Marine has grown rapidly in recent decades. The R.B Weeks is the latest announcement in the company’s capital plan, following the 2019 launch of the J.S. Chatry, an advanced ocean-going cutter suction dredge, and the 2017 launch of the Magdalen. Weeks Marine is headquartered in Cranford, N.J., with a network of regional offices in Louisiana, Texas, Hawaii, Ontario, and Nova Scotia.

Eastern Shipbuilding Group is a family-held shipbuilding company located in Panama City, Fla., since 1976. Eastern has spent more than $75 million upgrading and expanding its facilities and shipbuilding capabilities to continue expanding and meeting the needs of its commercial and government customers.“Eastern Shipbuilding is very pleased to be once again a part of the Weeks Marine Inc. mission to be one of the premier providers of dredging services in the United States,” the shipyard said in the announcement. “After the successful delivery and operation of the Magdalen, Eastern is excited to continue this valued customer relationship.”