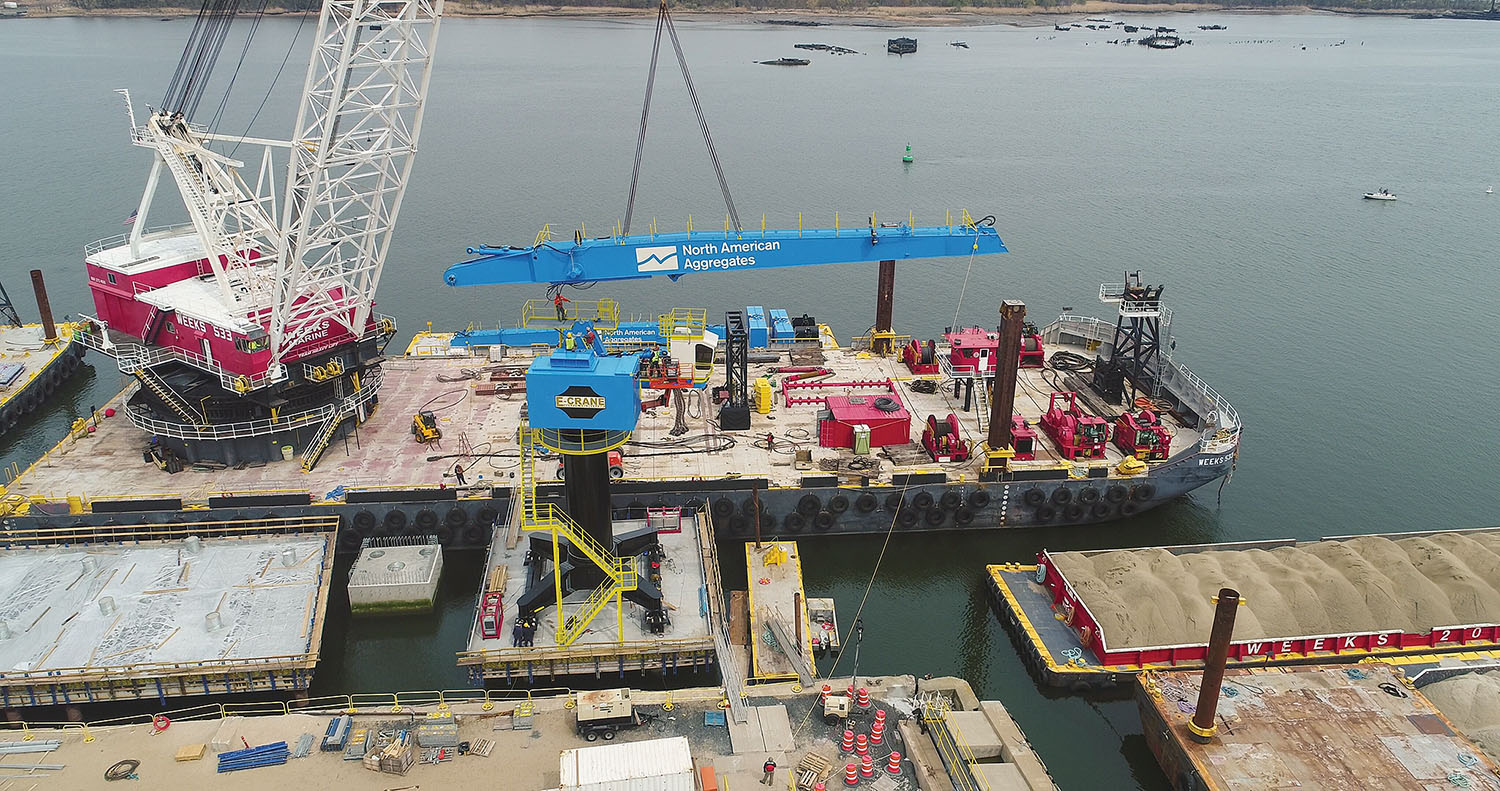 Assembling an E-Crane usually takes anywhere from three to four weeks. But in a record-setting display of teamwork and virtuosity, a team of 10 people with members from both E-Crane and Weeks Marine took only six days to assemble two of them.

The mechanical assembly was completed at North American Aggregates, a division of Weeks Marine that has a permit to dredge sand off the lower New York Bay.

The assembly team included four team members from E-Crane, four from Weeks Marine, a crane operator and supervisor. It benefitted from the use of Weeks Marine’s  #533 floating crane, the largest on the East Coast. The upper and lower sections were pre-assembled.

In early June, when the hoppers/conveyors/power supply are available, these machines will be used to unload the Weeks dredge Eleanor on a regular basis. Weeks processes the sand ashore into materials for use in the construction industry.

E-Crane CEO Steve Osborne had high praise for Weeks Marine’s crews. He credits the swift assembly to proper preparation and a meshing of expertise.

“Not all of our customers have the same level of experience with heavy lift as Weeks Marine does, especially from a floating platform,” he said. “But Weeks is a specialist in heavy lift, like we are. They live and breathe it 24 hours a day.”

Expertise aside, Osborne credits the success of the operation to another factor. “We’re both family-owned companies, and we attract employees for whom this work is a passion. We will work through hard times, from the CEOs down through the crews.”

It’s the first E-Crane for Weeks, but the experience was so good that it probably won’t be the last. Osborne said Weeks is considering placing E-Cranes on several other platforms.