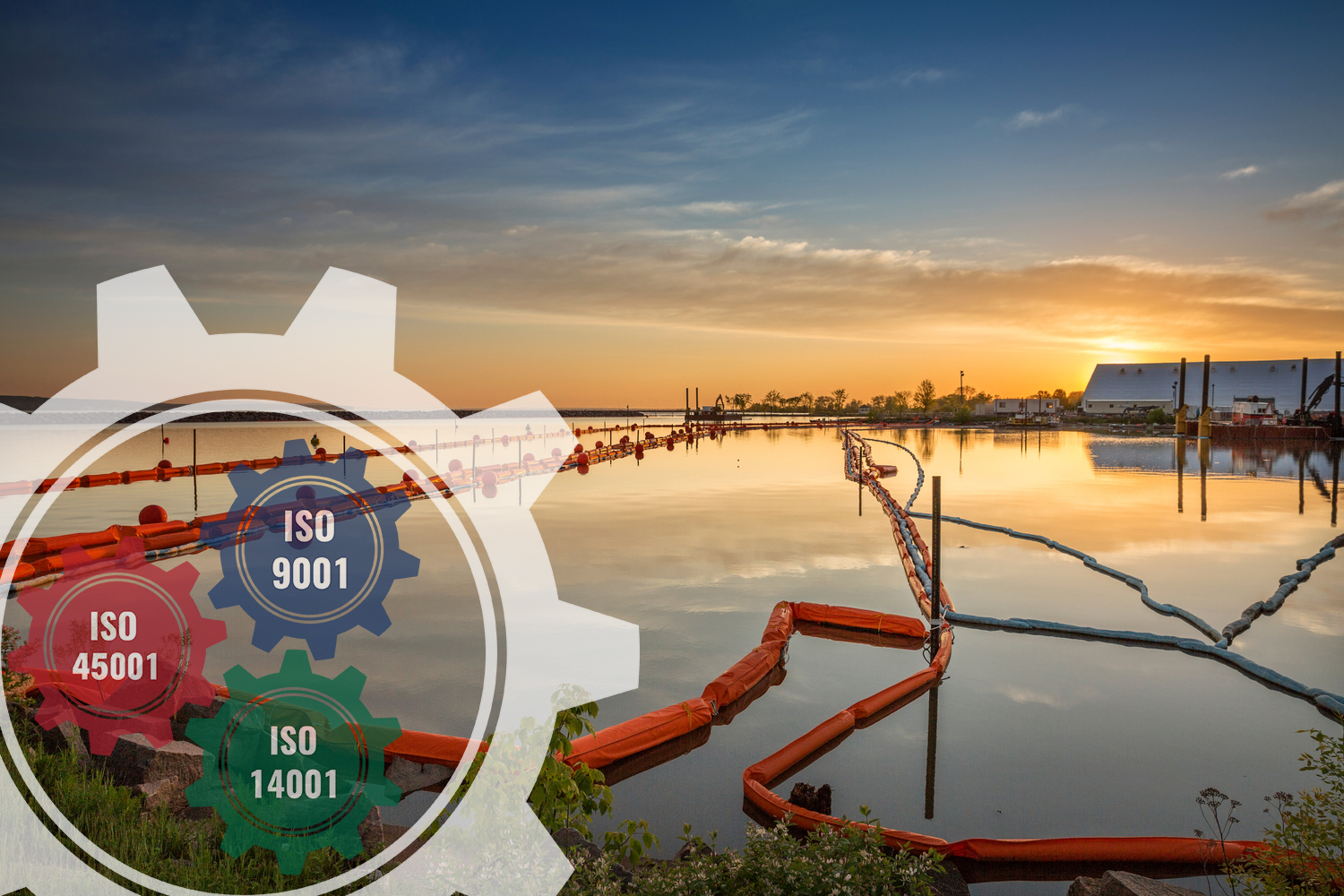 Brennan Company Inc. will soon complete ISO certification for its safety, environmental and quality management programs. The company had taken all the steps needed to complete the process pre-pandemic, but the final certification audit that was scheduled for March 23 had to be rescheduled. Brennan was able to do some of the final audit virtually, and an in-person visit is scheduled for July to complete the process. The integrated management system will bring Brennan’s safety, environmental standards and quality management control all under one program in-house.

In 2014, Brennan began the certification process, before shelving it for a bit, as the company focused on big growth. In part to help measure that growth, Brennan returned to a focus on quality management in 2018. “The main reason that we began implementing the quality management system was we did not have a good system by which to measure ourselves,” said Michael Cannell, quality and safety manager at Brennan.

Initially, the marine construction and dredging contractor planned to implement only the ISO 9001 standard, which covers quality management. However, once Brennan started the process, it decided to also pursue the environmental management (ISO 14001) and safety management (ISO 45001) certifications. With an integrated management system, all three standards are under one certification, which helped facilitate the implementation in-house within a single comprehensive set of integrated processes.

The ISO standards have generic requirements and each company adapts them for its needs. “We crafted what we already do as the basis for our system,” Cannell said. Companies objectively decide the activities needed to satisfy the requirements of each section of the ISO standards, and add value for the company. The plan includes a delineation of company processes and principals and the reasons behind why the company does things a certain way. “You have to decide what the context of your organization is,” Cannell said.

Brennan made the conscious decision to bring the entire process and implementation under one group, rather than resource individual groups for each safety, quality and environmental standards. Cannell, who has been working with Brennan’s safety program since 2015, said, “We had come to the realization that we needed more boots on the ground when it came to safety.

We have so many projects, and we didn’t feel like the needs of employees were always being met.”

A few years ago, Brennan hired more employees to focus on safety. Cannell said the industry standard for safety professionals to employees is 1:100. Last year, Brennan had 13 employees on the ground and four people in administration for safety, for its approximately 600 employees.

Those changes cut down the contractor’s accident rate. “It helped create a culture,” Cannell said. Workers on the job gave input on the implementation of new practices and sought out new systems and processes before they had to.

The company has been focused on safety for a number of years, but as it grew, the process became less standardized. “Going into the safety management framework of ISO helped us really standardize a lot of the things we do on a daily basis,” Cannell said.

The strong direct input from field data collection also helped. Brennan look at what was successful and why, and where it needed to make changes. Cannell said the company logged more than 8,500 employee safety observations in the field in 2019 alone. With systematic data analysis, those observations become leading indicators to the company’s successes and to where problems might be. This allows for more proactive measures, rather than reacting to lagging indicators that point to issues after the fact.

Moving from one project to the next, the standardized system gives employees a set of standards to follow, which helps with compliance. The system has also helped with hiring and training new employees, Cannell said. As a rapidly growing company, the standardization is necessary to scale as it grows, he said. It’s much easier to train new employees with a management system that’s clearly written down. “It’s supercharged our training process,” Cannell said, “not just the technical topics, but how we communicate and coordinate projects.”

Cannell pointed to equipment inspection as something that benefited greatly from the process. “To decide what was critical and important to our organization, we sat down with each group leader (asset management, finance, human resources and more) and asked what are the most critical aspects of your operation,” Cannell said. From there, the company developed internal standards for compliance.

“As a company that owns assets for what we do, we can’t do what we do without dredges or equipment, and we started looking at what we were doing with those,” Cannell said. Brennan always inspected its equipment, but never consistently across the board. Now, the asset management team receives daily updates about equipment that’s operating. The company was doing only about 12 to 13 percent of the inspections it should have been doing initially. With new inspection procedures and a revamped system for logging equipment usage and issues, Brennan achieved 83 percent compliance by the end of the first year.

The process gave the asset management team a clearer picture of equipment condition, allowing mechanics to stay on top of maintenance and find out about equipment issues before they have the ability to impact safety or production.

Brennan is nearly complete with the ISO certification process. Once the internal research, planning and implementation is complete, a third-party registrar reviews the system, and each company choses its own reviewer or registrar. ISO sets rigid criteria for registrars, which are ultimately responsible for registration and managing the certification, and surveillance audits.

Brennan considered a few different registrars that had experience in construction and on the water and chose the British Standards Institution (BSI). Cannell said BSI’s holistic and objective approach to auditing helped Brennan get more out of the process. “When you go the doctor, you want a thorough check up, not just a pat on the shoulder,” Cannell said.

The final certification process occurs in two stages. The first includes a review of the documentation and systems. Brennan completed that in February. The second stage involves on-site audits, which were postponed due to Covid-19. Brennan was able to complete some of the final step remotely, via video and desktop conferencing, where the company was able to show objective evidence on video or electronic records. The final, in-person audit has been scheduled for July.