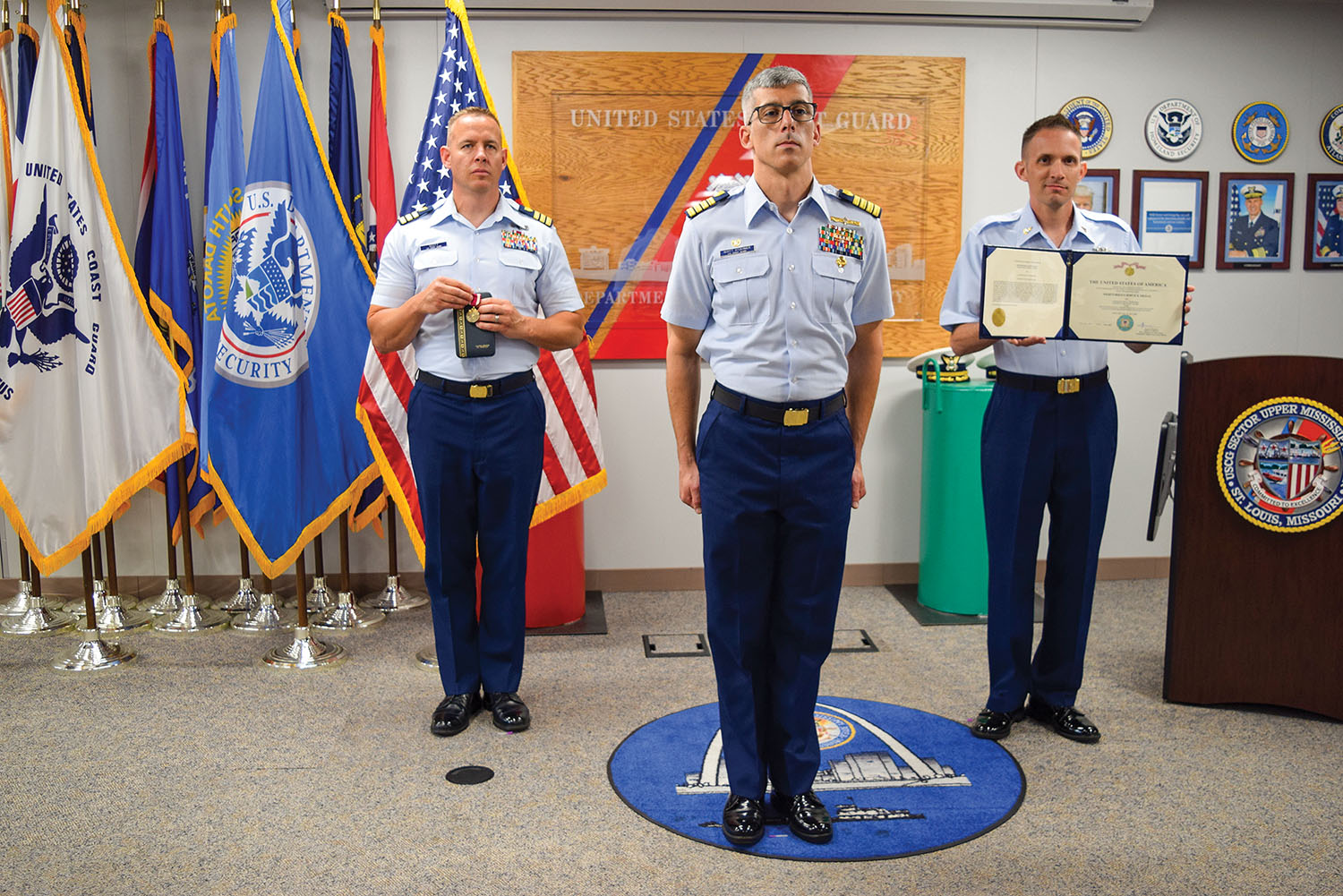 A 1998 Coast Guard Academy graduate, Scott’s first two assignments were afloat, as first lieutenant on board the CGC Campbell in New Bedford, Mass., and executive officer of the CGC Ocracoke in San Juan, Puerto Rico. He later served in the Personnel Service Center from 2002 to 2005, and then as the first Incident Management Division chief in Sector Los Angeles-Long Beach.

After performance technology post-graduate studies beginning in 2008, Scott transferred to the Aviation Training Center in Mobile, Ala., where he oversaw a full modernization of all Coast Guard aviation training programs. There he was selected as the 2012 Charles Swaringen Award recipient, noting his leadership influence across the Coast Guard’s training system. From 2013 to 2015, he was the chief of response at Marine Safety Unit Port Arthur, Texas, where his primary duties included providing regional maritime security to the nation’s largest military outload operations in support of worldwide-deployed U.S. and coalition forces. After that role, he served as training officer at Training Center Cape May, N.J., and was responsible for indoctrinating more than 4,000 recruits annually in the service’s only enlisted accession point. Between 2015 and 2018, his 135-member Training Division graduated one-third of the present-day enlisted Coast Guard workforce, marking the service’s largest post-9/11 accessions surge.

He was deputy commander of Sector Upper Mississippi from 2018 until assuming command of the sector May 27.

Stoermer commanded the sector since July 2017. His 24-year Coast Guard career included a variety of posts, centering around a specialty in marine safety, security and environmental protection.

The Sector Upper Mississippi River area of responsibility includes all or parts of 11 states and more than 2,200 miles of commercially navigable waterways on the Upper Mississippi, Missouri and Illinois rivers and their tributaries. The operational commander leads 280 active duty, reserve and civilian personnel and more than 1,100 Coast Guard Auxiliary members serving at the sector office, five river tenders and three marine safety detachments.

The sector commander serves as the captain of the port, officer in charge of marine inspection, search and rescue mission coordinator, federal maritime security coordinator and federal on-scene coordinator for oil spills and hazardous materials releases.