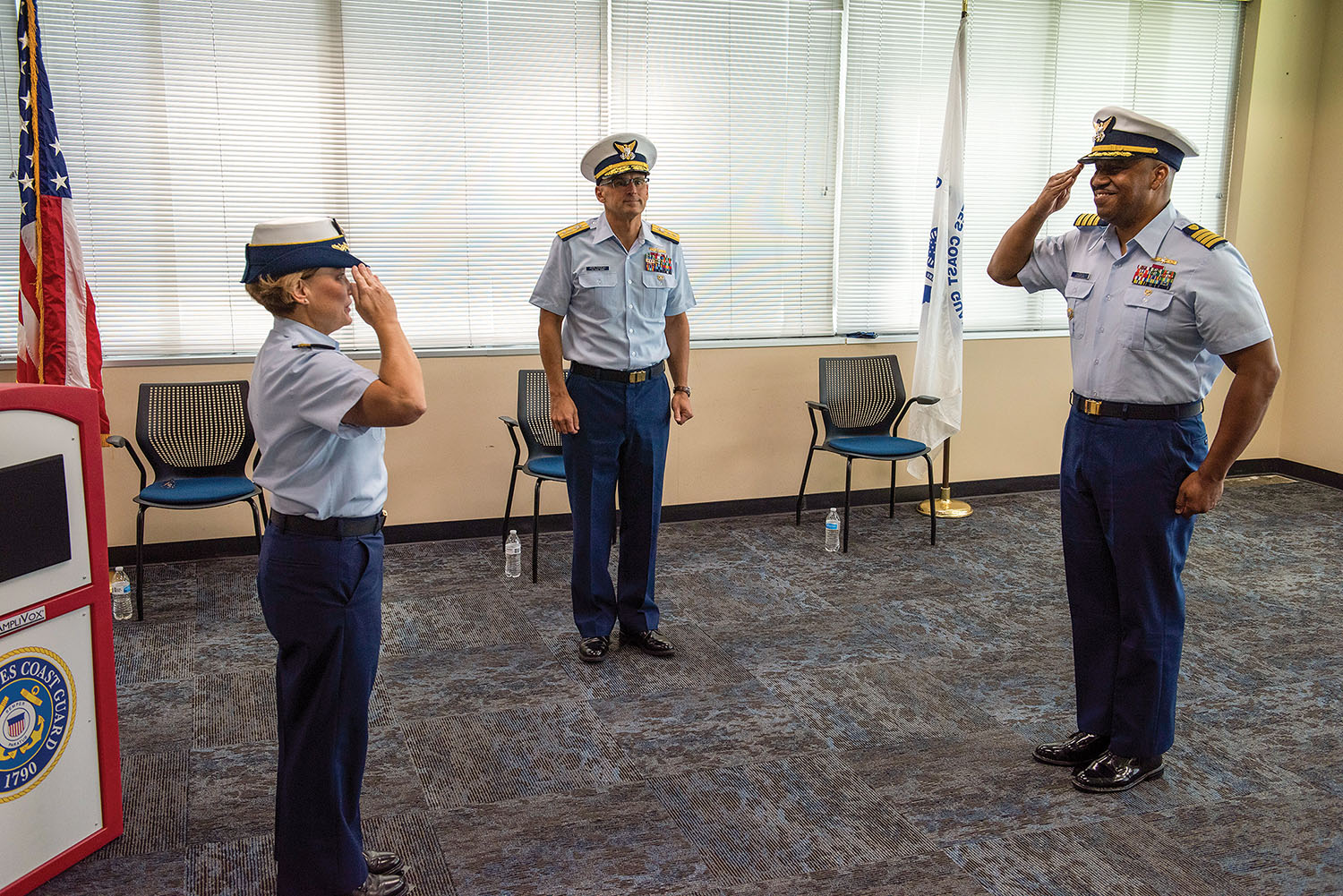 U.S. Coast Guard Sector New Orleans held a change of command ceremony May 29, with Capt. Kristi Luttrell—upon completing two years as sector commander and captain of the Port of New Orleans—transferring command to Capt. Will Watson.

“I was honored to assume command of Sector New Orleans today,” Watson said. “It is one of the Coast Guard’s largest and busiest sectors. I take on this responsibility with great humility and great enthusiasm and look forward to continuing to serve.”

Staff assignments include serving as senior military assistant to the secretary of Homeland Security, governmental and organizational liaison on the Coast Guard’s Congressional Affairs Staff, and the Eighth District budget officer.

Luttrell, who also served as deputy commander of Sector New Orleans prior to taking command in 2018, will now serve in the Eighth Coast Guard District’s Response Division. Prior to her service in New Orleans, Luttrell was head of the Response Department at Sector Delaware Bay in Philadelphia, Pa. Previous posts include serving as operations officer in Group Galveston and supervisor of the Sector Houston-Galveston Command Center. From 1994 to 1996, Luttrell served as deck watch officer on the Cutter Durable in St. Petersburg, Fla., during which she participated in operations Able Manner and Able Vigil, which involved mass migrations from Haiti and Cuba. She also served as assistant operations officer at Group Milwaukee, Wis.

Staff tours for Luttrell include prior assignments in the Eights and Seventh Coast Guard Districts; the Department of Homeland Security’s Office of Policy; and in the Office of Planning and Performance and Office of Boat Forces at Coast Guard Headquarters.

A 1993 graduate of the Officer Candidate School, Luttrell holds a bachelor’s degree from Carson-Newman College and a master’s degree from George Mason University.

Caption for photo: U.S. Coast Guard Sector New Orleans held a change of command ceremony May 29, with Capt. Kristi Luttrell—upon completing two years as sector commander and captain of the Port of New Orleans—transferring command to Capt. Will Watson.