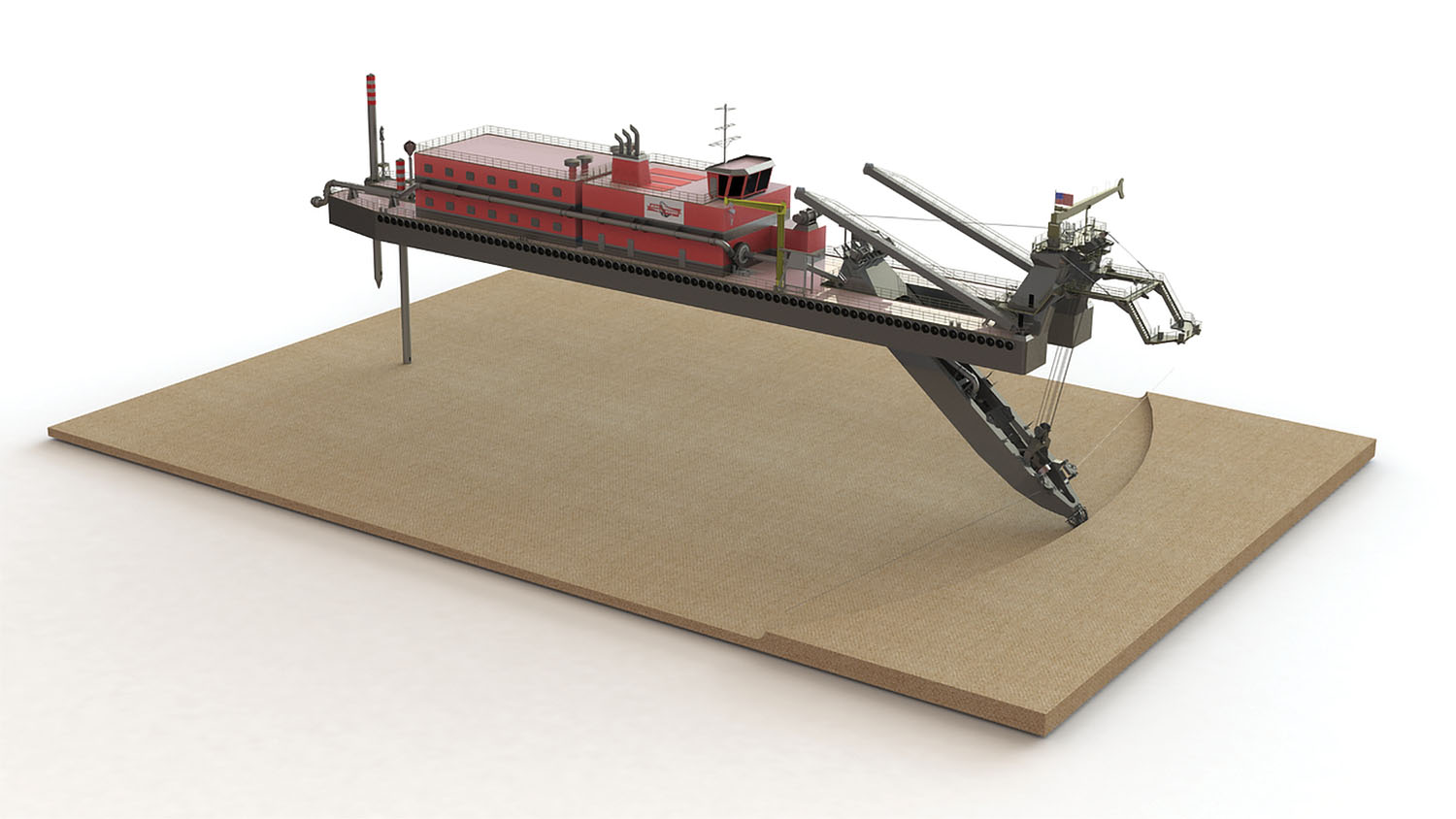 Mike Hooks LLC, the Westlake, La.-based dredging company, has announced plans to build a new cutter suction dredge, which will bring its fleet to a total of five dredges.

“Our new 27-inch dredge will be named the Lorraine Hooks,” company owners Kim Hooks McMahon and Ronnie Hooks said in a June 9 statement announcing the project.

The company was founded in 1945 by Mike and Lorraine Hooks and is now in its fourth generation of family ownership. Mobile Pulley Works of Mobile, Ala., will both design and construct the new, state-of-the-art dredge. The project continues a relationship that dates to the 1970s, when Mobile Pulley Works and Mike Hooks first partnered on a project.

“After 45 years, it feels like family,” Mobile Pulley Works owner Billy Prine said in the announcement.

The forthcoming dredge will feature on-board crew accommodation space and the lever room (also called the pilothouse) built on vibration mounts to “reduce fatigue caused by harmonic vibrations and noise levels,” the project announcement said. The design and construction will also use the International Maritime Organization’s (IMO) “Green Passport” to keep track of materials used in construction. The vessel will also be compliant with all regulations from the U.S. Coast Guard and U.S. Army Corps of Engineers and will include a Dredging Quality Management program.

Mobile Pulley Works is also working with mike Hooks to overhaul much of the company’s existing dredges. Upgrades include new wear-resistant dredge pumps for increased efficiency, rebuilding and replacing ladders and upgrading drives to pumps and cutters. Mobile Pulley Works is also supplying ball joints, pontoons and pipeline in support of the Mike Hooks’ current and future dredging projects.

Caption for photo: Concept design of the new 27-inch cutter suction dredge to be built for Mike Hooks LLC by Mobile Pulley Works.