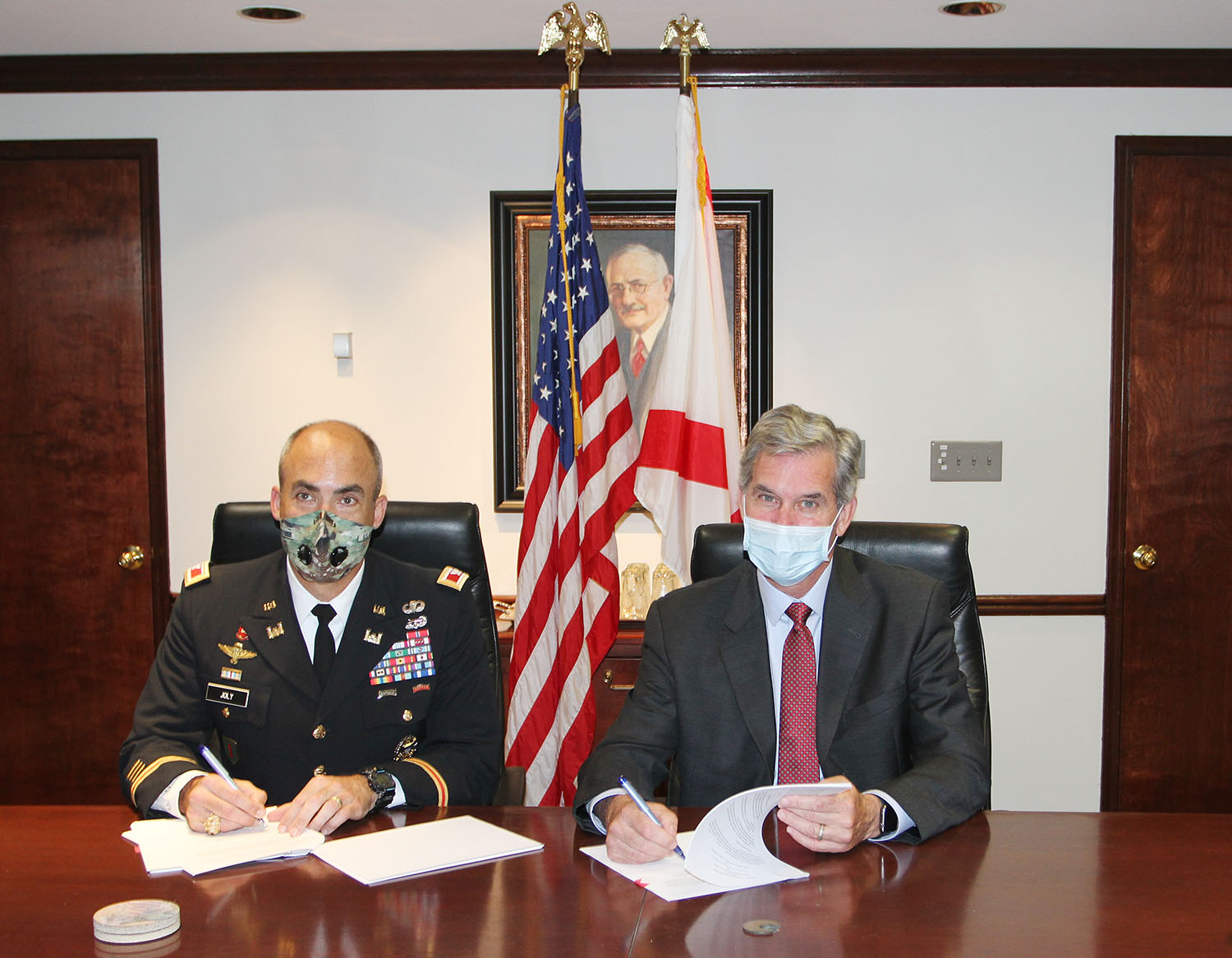 The project will deepen the bar, bay and river channels in Mobile Harbor to 50 feet and include bend easing at the double bends of the bar channel, widening of the bay channel from 400 feet to 500 feet from the mouth of Mobile Bay northward for three miles, and expanding the Choctaw Pass Turning Basin by 250 feet to the south at a 50-foot depth.

“Joint signing of the Project Partnership Agreement is yet another step forward in delivering expanded capability for the Port of Mobile, the state of Alabama and our nation to remain competitive in the global market,” Joly said upon announcing the signed agreement. “The U.S. Army Corps of Engineers is honored to have the opportunity to partner with the Alabama State Port Authority in delivering a project that will benefit the public for decades to come.”

It’s a six-phase project, with anticipated completion by late 2024 or early 2025. Construction is expected to begin by the end of the year. Total estimated cost for the project is $365.7 million.

Full federal funding was announced late last year through passage of the Energy & Water Development and Related Agencies Act. That legislation—and the subsequent Corps work plan for fiscal year 2020—included funding to move forward with the Mobile Harbor deepening, along with Phase 1 of deepening the Mississippi River Ship Channel.

The act made available about $377.6 million to qualifying projects in Alabama, Mississippi and Louisiana as part of a “regional dredge demonstration program” for deep-draft navigation projects. The demonstration program is intended to boost efficiencies in both timing and cost versus more traditional project-, account- and fiscal year-specific contracts.

Along with federal funding, the state of Alabama already has full cost-share funding in place, following the March 2019 passage of the Rebuild Alabama Act, which allocated a portion of the state’s fuel tax proceeds to support up to $150 million in bonds for the project.

“Beyond the impact on the local and state levels, the Port of Mobile serves as a catalyst to our nation’s competitive position in the global economy,” Alabama Gov. Kay Ivey said. “I have been proud to support the Mobile Harbor Modernization project, and I look forward to watching the growing benefits our port will have in the years to come.”

The project received its Corps record of decision less than a year ago, following a four-year environmental and economic feasibility study. Besides the forthcoming deepening and widening of the harbor, the Port of Mobile is continuing to expand and enhance its footprint and facilities, most recently with the completion of a $50 million Phase 3 container terminal expansion. The port currently cannot berth two Post-Panamax ships simultaneously. Other recent investments in port facilities total $450 million.