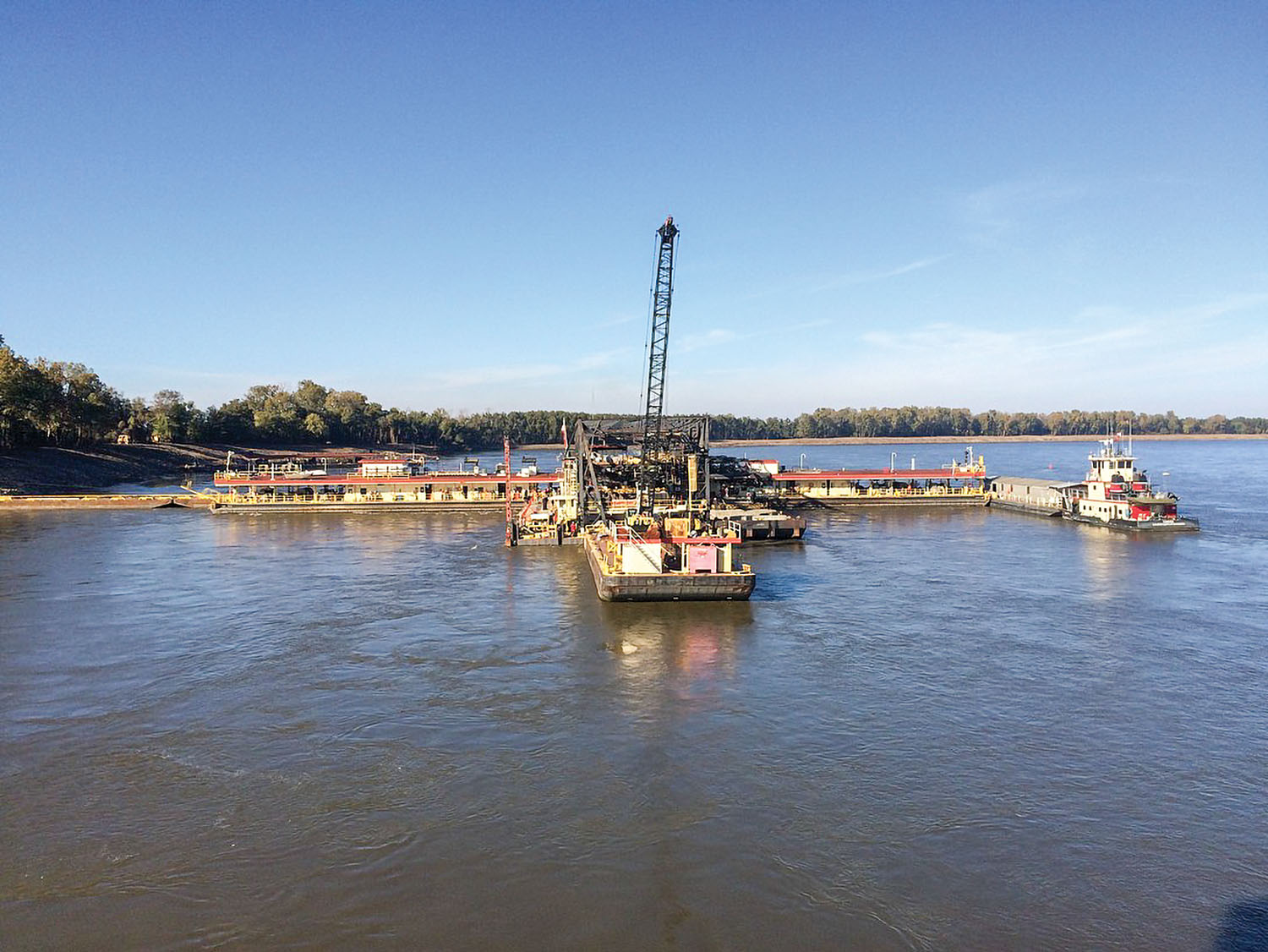 “Protecting the Mississippi River banks keeps the channel in place, which maintains the necessary depth and alignment that allows the thousands of tows to travel up and down the river year round,” Miller said. “Without this work, the river would shift, resulting in new, shallow cutoffs that could not be safely traveled.”

The revetments are the first line of defense against floods, he said.

“We have the best levees in the world,” Miller said. “Our levees run from Cairo, Ill., to south of New Orleans, La. Our revetment program keeps the river in its place, preventing the river from directly striking our levees. A levee failure in southeast Missouri would devastate much of the Missouri Bootheel as well as eastern Arkansas all the way to Helena; that’s 90 miles.”

Memphis District levees have prevented more than $1.5 trillion in damages over the decades and for every dollar the U.S. taxpayer has invested in these levees, the country has received a return of $95, Miller said

“We all need to think about what an amazing investment that is,” he said. “If you give me a dollar, I will give you $95 in return. The revetment program plays a vital role in maintaining this phenomenal system we call the Mississippi River and Tributaries Project.”

The Memphis District is slated to work 28 sites along 1,000 miles of the Mississippi River this year with plans to clear 70,000 feet of bank. The bank grading unit is scheduled to move more than 820,000 cubic yards of material to ready the channel banks for articulated concrete mattress, which will be completed in unison with the Vicksburg District.

“We are going to lay 300,000 concrete squares along the river banks,” Col. Miller continued. “None of this is possible without the outstanding work each and every one of you (Ensley workers) do to keep the vessels afloat, dredges dredging, and the bank grading unit moving.”