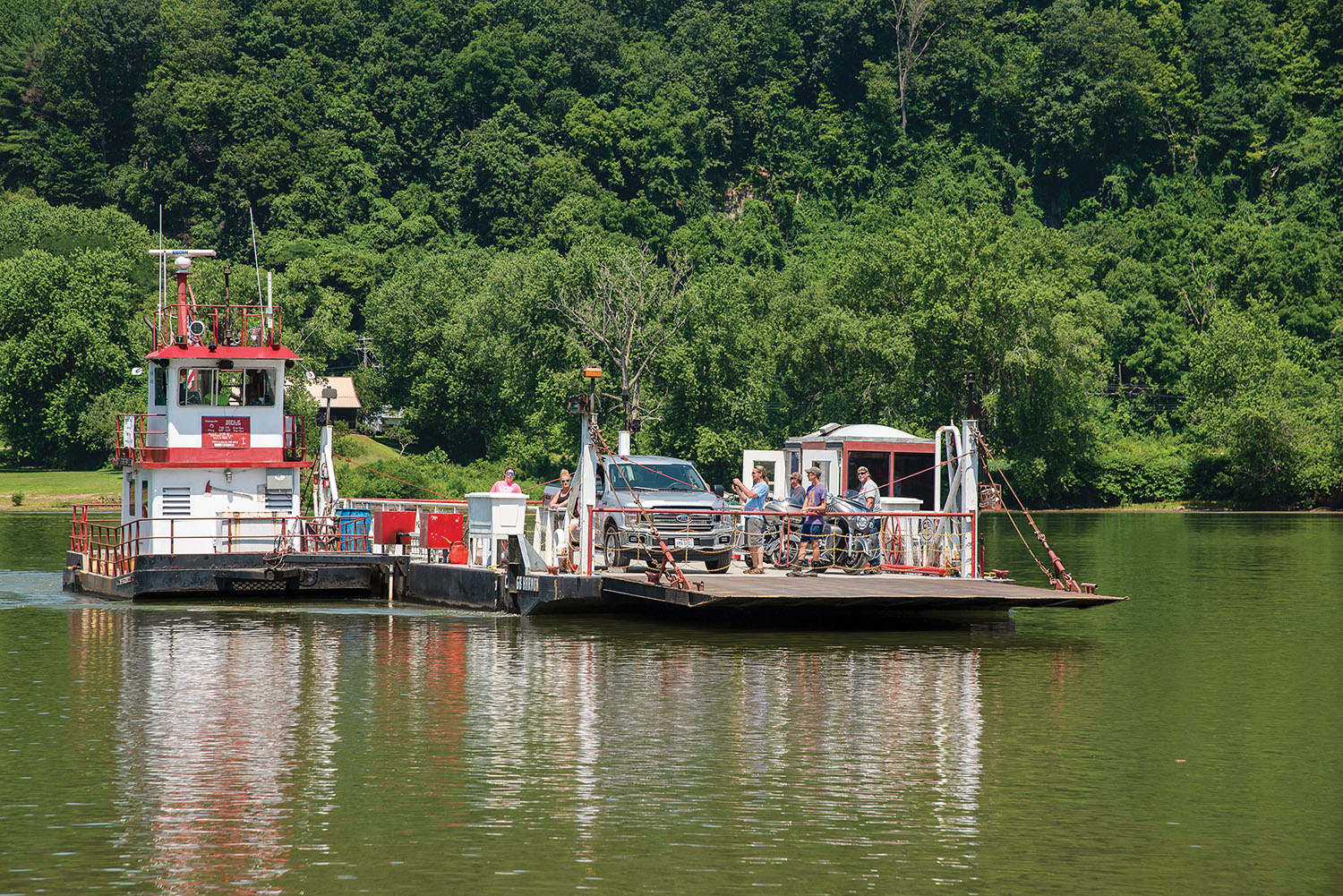 Sistersville Ferry Back In Operation

After a year and a half of inactivity, the Ohio River ferry between Sistersville, W.Va., and Fly, Ohio, resumed operations July 2.

The ferry at about Mile 138 hadn’t run since the end of the 2018 season. That was when pilot Capt. Bo Hause left to take another job. The city of Sistersville, which owns and operates the ferry, advertised for a new pilot but couldn’t find a replacement for Hause.

But Hause came back, and the ferry resumed operations with the start of the new fiscal year.

“I had gotten my commercial driver’s license and got a job driving trucks,” Hause said July 5 as he steered the mv. Sistersville II across the river. “I had an opportunity to have a full-time job as opposed to a seasonal job here. People asked me when I would come back. Although I love this job, it just makes sense to go with a full-time job.

“The city council saw fit to give me a full-time job, so I came back.”

Sistersville Mayor Bill Rice said finding a pilot for the four-day-a-week seasonal job was nearly impossible. Hause will operate the ferry during the normal season of March to October and will work other jobs for the city the remainder of the year, he said.

“We just couldn’t find anyone else, and I’m glad he wanted to come back,” Rice said.

The ferry has been a mainstay in the Sistersville area for about 200 years, but its future was in danger for a few months, Rice said.

“There were a couple of times I thought maybe we should give the boat up, but it worked out,” he said. The ferry will continue to operate “as long as the state continues to give us grant money,” Rice said.

Grant money is used to maintain the boat and its landings. Fares—$5 per car, $1 per pedestrian, $4 per motorcycle and $3 per axle for trucks—pay the operating costs.

The ferry is more than a connection between the two communities. It’s also a tourist draw for travelers and motorcycle riders. The first few days of the resumed service were good, Hause said, but the next few weeks are uncertain.

“This year is a big unknown because of the virus. So far the first three days have been great. If we can maintain this momentum, we’ll be fine,” he said.

Rice said the future of the ferry depends on finding another pilot when the day comes that Hause retires.

“My goal now that Bo’s back is (to) take the deckhand and get him trained out and get his hours on the boat and get his license,” Rice said.

Hause has a candidate for the job: his grandson, Spencer Corley. Corley and James Street worked the ferry barge on a temporary basis as service resumed. The Sistersville Ferry Boat Board has yet to hire a permanent deckhand.

Rice said he might even apply for the deckhand job when his term ends so that maybe he can get his pilot’s license and fill in when Hause is unavailable.

The Sistersville ferry operates four days a week: Thursday and Friday from 6 a.m. to 6 p.m. and Saturday and Sunday from 9 a.m. to 6 p.m.

The Sistersville ferry is one of five operating on the Ohio. The others are at Augusta, Ky.; Cincinnati; Rising Sun, Ind.; and Cave-in-Rock, Ill.