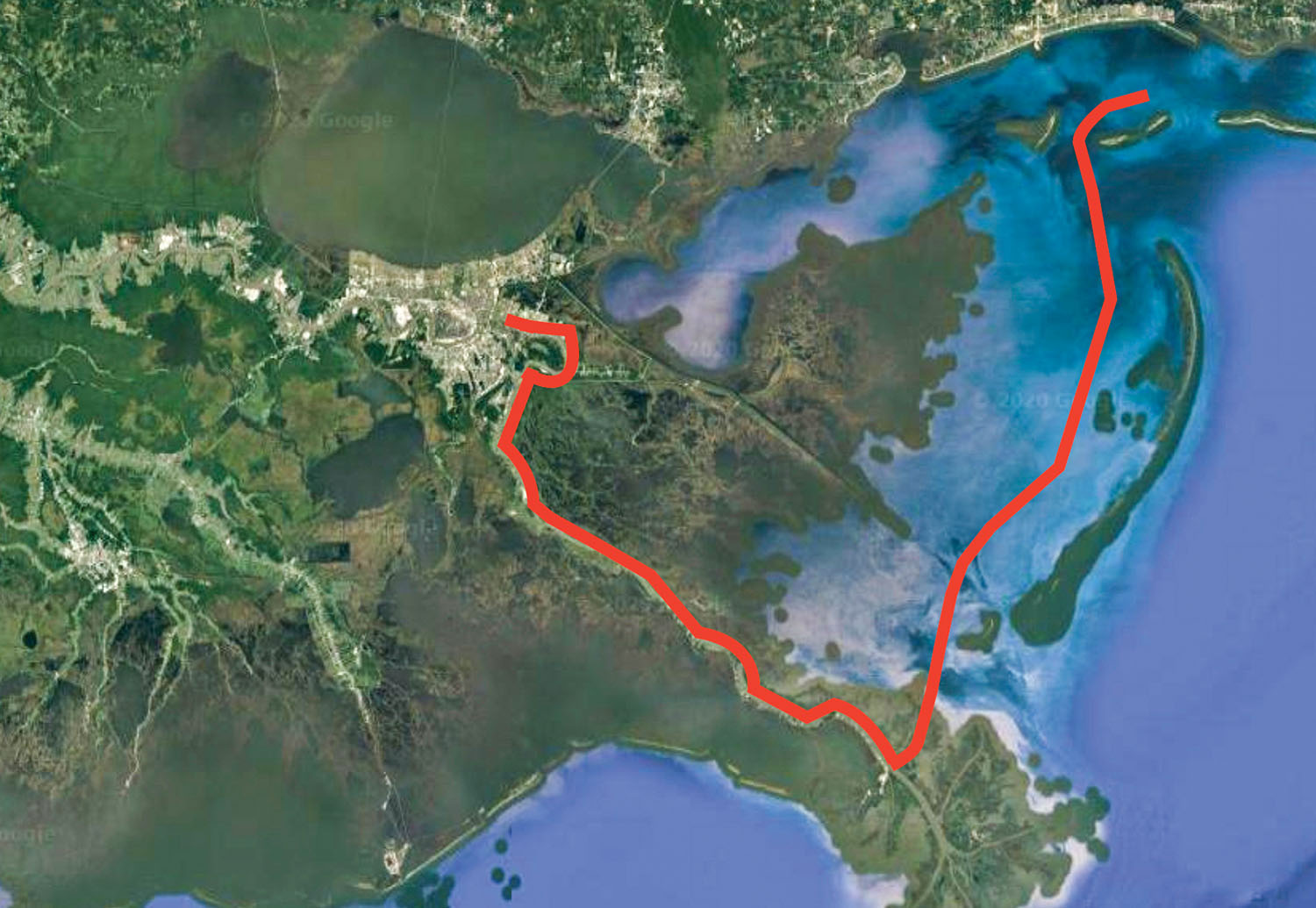 Mariners, dust off your charts from 2016 and get ready for a trip “down the mighty Mississip.”

With the anticipated 30- to 60-day closure of the Inner Harbor Navigation Canal Lock (IHNC) set to begin toward the end of August, the U.S. Army Corps of Engineers, the U.S. Coast Guard and inland waterway users are reconstituting the IHNC Alternate Route to connect the eastern and western reaches of the Gulf Intracoastal Waterway (GIWW).

The Alternate Route was first used in 2016 during a 112-day closure at IHNC.

Under the plan, mariners will bypass IHNC in favor of an 80-mile transit down the Mississippi River, through Baptiste Collette and across the Chandeleur Sound to Gulfport, Miss., where the route rejoins the Gulf Intracoastal Waterway. The usual passage along the GIWW between Gulfport and the IHNC is 66 miles, while the Alternate Route is 155 miles.

Still, the Alternate Route is markedly shorter than the more circuitous route that involves taking the Mississippi River up to the Ohio River, over to the Tennessee and down the Tennessee-Tombigbee Waterway to Mobile, Ala.

The Corps is wrapping up work to survey the route. After that’s complete, Coast Guard crews will install physical and virtual aids to navigation along the route. The National Weather Service will also provide spot weather forecasting for the route during the lock closure. Seamen’s Church Institute will help with route planning.

The Alternate Route’s span across the sound makes passage weather-dependent, much like other eastern reaches of the GIWW. The Gulf Intracoastal Canal Association (GICA) has published best operating practices for the Alternate Route, which include recommending that transits through the 50-mile Chandeleur Sound segment only be made with winds no greater than 15 knots and seas no greater than 2 feet. GICA is also managing a Facebook page for sharing route conditions and recommendations in real time. The page is titled “Chandeleur Sound–GIWW Alternate Route 2020 Operations.”

The emergency closure at IHNC is due to scouring, sinkholes and voids that have formed around the lock chamber. Corps labor crews and private contractors will conduct repairs, estimated to cost around $8.5 million. Corps officials believe either water from the Mississippi River—likely during recent extended high-water periods—or from the canal is passing through and carrying sediment through failing construction joints in the base slab and wall monoliths. The construction team will also perform valve repairs and install new valve sluice gates during the dewatering.

Because of hydraulic pressure and uplift on the lock chamber, the Mississippi River has to be at 6 feet and falling at the Carrollton Gage in New Orleans to dewater the IHNC Lock. River forecasts anticipate the river reaching that level by the end of July or beginning of August. Most likely, the closure will not commence until aids to navigation are placed along the Alternate Route, which is estimated for the latter part of August.

Caption for photo: Map shows the alternate route that towing vessels will use to get from the Mississippi River to the eastern GIWW during the upcoming closure of the Inner Harbor Navigation Canal Lock.