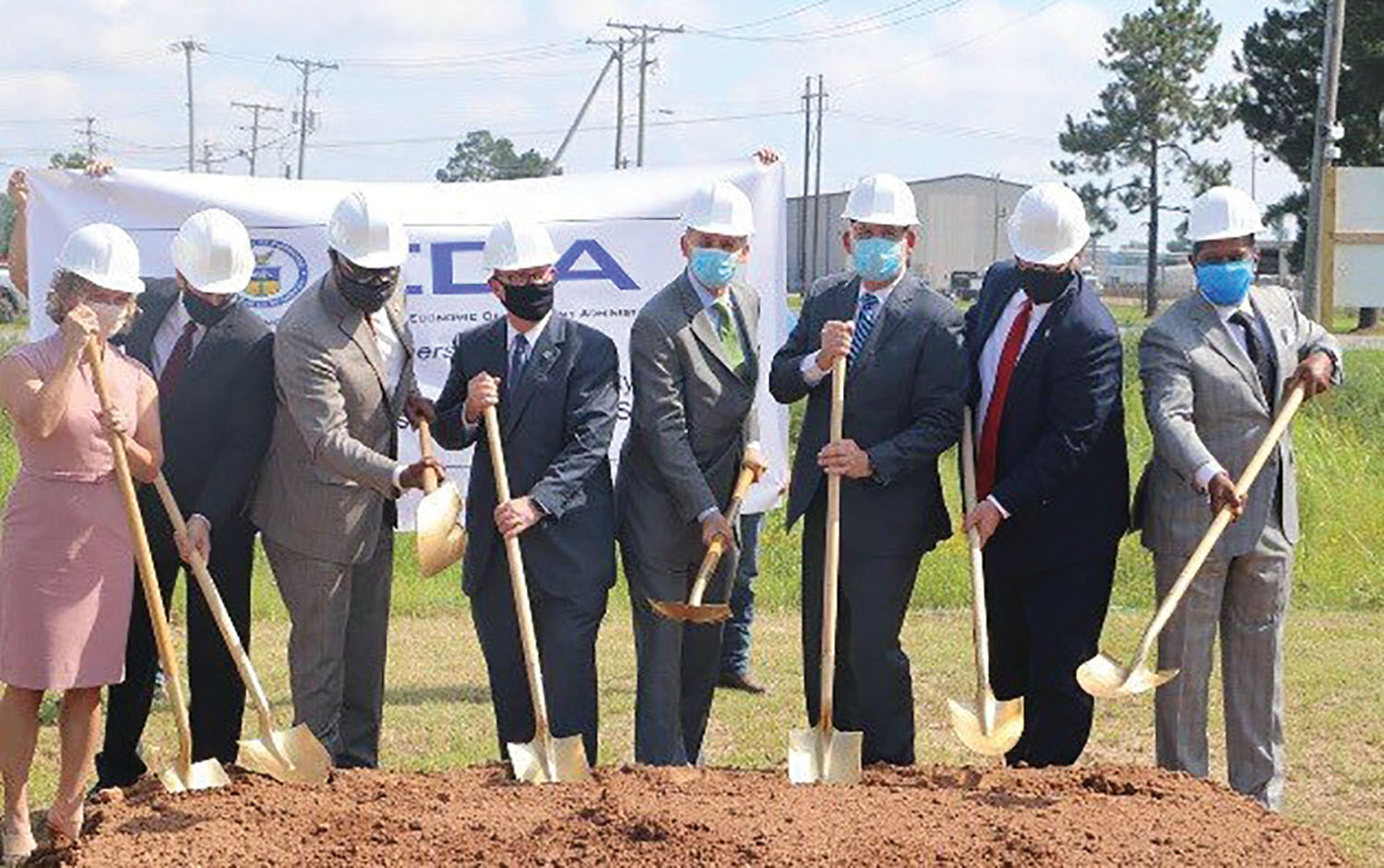 Local, state and federal leaders gathered July 6 for a groundbreaking ceremony on new transportation infrastructure at the Port of Little Rock, Ark. Construction has now begun to widen and improve Zeuber Road to meet heavy industrial standards in anticipation of two new companies locating there.

One of the new companies is Czech gunmaker CZ-USA, which had earlier announced its intention to locate its North American headquarters and factory on 73 acres at the port (WJ, April 29).  CZ-USA promises a $90 million investment over a six-year period to build and staff its second factory worldwide and said it would hire up to 565 employees at the site.

HMS Manufacturing Company, a Michigan-based plasticware maker, is another new tenant. It announced last October that it plans to start production at its 550,000-square-foot facility at the port this summer and create 90 new jobs within the next two years. The injection-molding facility expansion in Little Rock will “integrate cutting-edge manufacturing practices,” the company said.

“Now more than ever, it’s critical that our infrastructure keep pace with the growing demands of industry in Arkansas,” said Arkansas Gov. Asa Hutchinson. “The Port of Little Rock is a prime area for business. Once completed, the Zeuber Road project will be an important asset for businesses that require easily navigable infrastructure to support workforce and trade.”

“This ceremony marks a big day for our state,” said U.S. Sen. John Boozman (R-Ark.). “Home to over 40 businesses that employ over 4,000 people, the Port of Little Rock is the largest industrial hub in central Arkansas. . Those numbers are about to grow once again, proving that investments in infrastructure truly do promote economic expansion and job growth. I look forward to CZ-USA and Amazon’s contribution to the long-term development in the region.”

Boozman was referring to the recent announcement by Amazon that it plans to build an 826,000-sqaure-foot “last mile” fulfillment center on an 80-acre site at the port.  The center, Amazon’s first in Arkansas, will employ more than 1,000 people when it opens in 2021. The company is spending $3 million to renovate an existing warehouse to suit its needs.

“The Port of Little Rock is a key component of the capital’s economic engine that facilitates commerce, trade and job growth,” said Sen. Tom Cotton (R-Ark.). “The port’s modernization will ensure that Little Rock and our state remain competitive in the global marketplace.”

“With over 40 businesses that employ over 4,000 people, the Port of Little Rock is the largest industrial hub in our area. I am pleased that my efforts with Sen. Boozman and Sen. Cotton encouraged the Delta Regional Authority to approve funding for infrastructure upgrades at the port,” said Rep. French Hill. “Judge Barry Hyde and the Little Rock Regional Chamber of Commerce understand that these improvements will make central Arkansas more attractive for new business. Their partnership with the Economic Development Agency will continue to spur investment in our region and long-term job growth.”

The Port of Little Rock serves as a logistics hub for the area, having immediate access to rail, highway and waterway, offering convenient intermodal shipping solutions. The port is part of the 448-mile McClelland-Kerr Arkansas River, which runs from the Mississippi River northwest to 15 miles east of Tulsa. The port’s more than 40 businesses employ more than 4,000 people.

“The Port of Little Rock was created over 60 years ago to create jobs for the region,” said Port of Little Rock Chair Melissa Hendricks. “These infrastructure improvements have already helped create a number of new jobs and will be a catalyst to help create more new jobs in the future.”