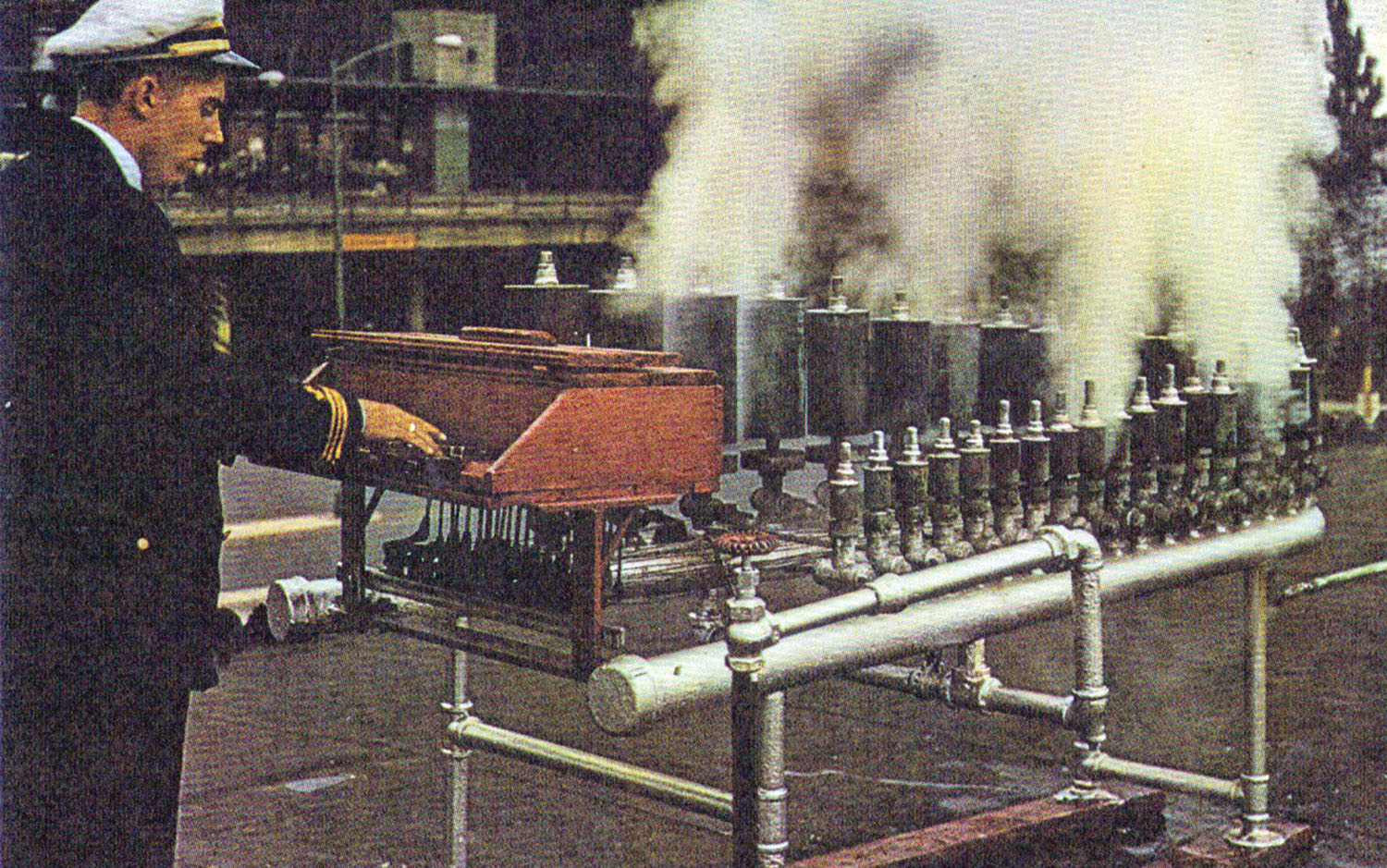 In 1952, a young man named Clarke Campbell Hawley joined the crew of the excursion steamboat Avalon as calliope player and popcorn popper, embarking on an adventure that spanned more than 60 years.

Celebrating his 85th birthday on August 1, Hawley’s fascinating and lifelong career on riverboats was recognized in 2013 and honored by the Seamen’s Church Institute at Paducah, Ky., with the presentation of its  River Legend Award.

A native of Charleston, W.Va., Hawley, who goes by the nickname of “Doc,” descends from the Calvert family, which once operated packet boats on the Kanawha River. Working his way up through the ranks, he was a deckhand and mate on the Avalon before leaving the boat in 1959 for a position aboard the Delta Queen. By the age of 24 he was back on the Avalon, serving as mate and relief master until the boat went out of business in 1961, and he returned to the Delta Queen, along with his revered mentor, Capt. Ernest E. Wagner. In 1966, he put his college degree in business administration to good use by serving in the office aboard the wharf-boat at Cincinnati as vice-president of Greene Line Steamers.

At various times, Hawley also got in some steam towboating experience, working aboard the Sam Craig and Herbert E. Jones.

In the spring of 1970, Hawley returned to his first-love steamboat, which had become the Belle of Louisville in 1962, serving as master, with Capt. Charles Brasher managing the administrative duties. When the beautiful excursion steamer Natchez, designed by Alan Bates, came out new in 1975, Hawley was lured down to New Orleans to become the big sternwheeler’s first master.

In retirement, he enjoys his historic French Quarter home, still plays the calliope and is in demand as a speaker and consultant regarding river history.

During the 1914 centennial celebration for the Belle, Hawley was an honored guest at the week-long event, providing first-hand historical vignettes of the boat and playing calliope concerts. He also presented an enthralling program at the Howard Steamboat Museum to a packed house, reminiscing about his years of service aboard the Avalon, as the last tramping excursion boat on the river system.

It has been the privilege and pleasure of this writer to count Capt. Hawley as a close friend for more than five decades, beginning in 1966, when we first met aboard the Delta Queen. During high school and college I spent six summers working in his crew on the Belle of Louisville as calliope player and assistant purser. Among the many unique things the colorful captain generously taught me from his action-packed days aboard the Avalon was to play the St. Louis Blues on the calliope and how to make “excursion boat popcorn,”which means being rather heavy-handed with the salt shaker, to the point that the passengers buy more soft drinks!

In 1994, Hawley and Bates were co-authors of a captivating book entitled Moonlite at 8:30, a pictorial history of excursion steamboating. Honored in 1995 by being inducted into the Rivers Hall of Fame at Dubuque, Iowa, and known by multitudes along the waterways, the enchanting riverman is truly America’s iconic and beloved steamboat captain. Happy Birthday, Capt. Hawley!

Caption for top photo: Doc Hawley at the calliope of the Str. Avalon, 1957. (Keith Norrington collection)