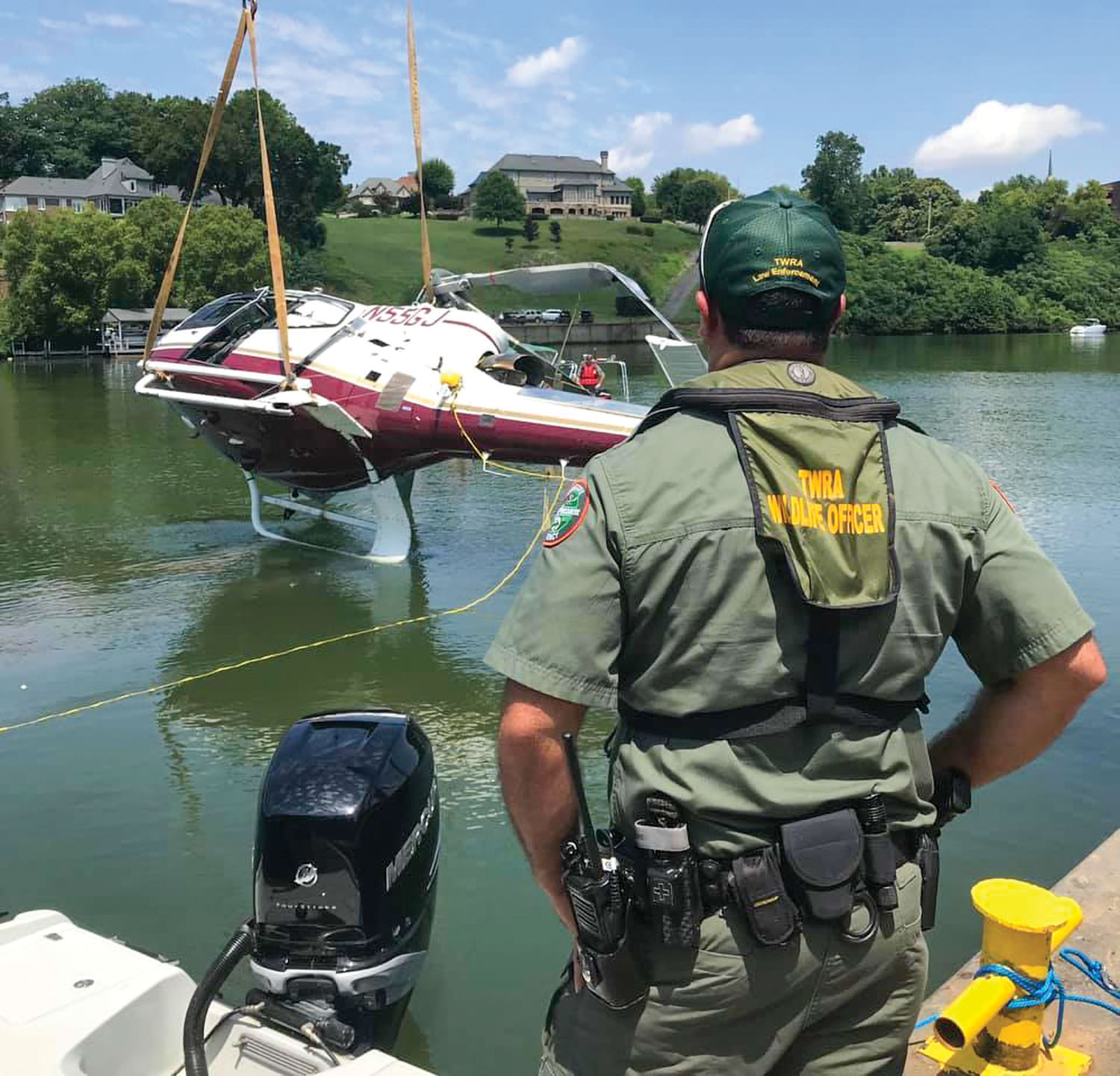 The Tennessee Wildlife Resources Agency assisted the Federal Aviation Administration August 5 in the recovery of a helicopter from Fort Loudon Lake, a reservoir of the Tennessee River, near Knoxville, Tenn.

Joe Clayton, 84, the co-founder of Clayton Automobiles and Clayton Homes, was killed in the crash the evening of August 3, the Clayton family confirmed. Surviving were Joe Clayton’s brother and longtime business partner, James “Jim” Clayton, 86; Jim Clayton’s grandson, Flynt Griffin, 40; and family friend John “Jay” McBride, 65. Jim Clayton, McBride and Flynt were swimming to shore when they were picked up by a pontoon boat, according to the Knoxville Fire Department. They told first responders they did not require medical attention.

The FAA was investigating the crash, along with the National Transportation Safety Board. Kathleen Bergen, a spokeswoman for the FAA, said the helicopter was a Eurocopter EC-130 and that it crashed four miles west of Downtown Island Airport in Knoxville at 7:40 p.m.

Jim and Joe Clayton founded Clayton Automobiles in 1956 and Clayton Homes in 1966. Clayton Homes grew into the largest producer of manufactured housing in the country before being sold to Warren Buffet’s Berkshire Hathaway in 2003.