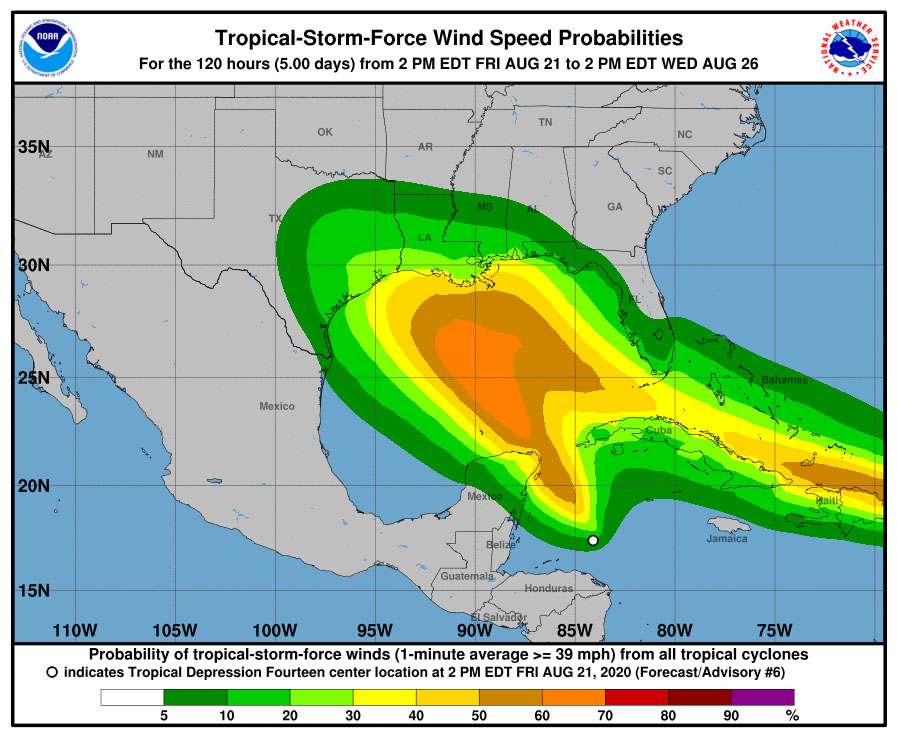 With two tropical systems forecast to make landfall on the Gulf Coast August 25 and 26, the Tennessee-Tombigbee Waterway (Tenn-Tom) Development Council has canceled its 38th annual conference, which was set for August 25–27 at the Grand Hotel in Point Clear, Ala.

“As you are aware, two storms are headed towards the Gulf Coast, expected to make landfall the day our conference is to start,” Tennessee-Tombigbee Waterway Development Council President Mitch Mays said in an email to conference registrants. “One is expected to be hurricane strength by landfall next Tuesday, which at this time appears to be Mobile Bay. Out of an abundance of caution and safety for our speakers and attendees, I made this request to the Grand Hotel and they agreed.”

Rather than rescheduling the conference, Mays said the council will now turn its attention to planning for the 2021 meeting.

“Due to the daunting task of planning a rescheduled conference with state and federal mandates restricting our attendance, sponsorships and the uncertainty of retaining speakers, this is the correct decision,” Mays said.

Weather forecasters as of August 21 were watching two systems approaching the Gulf of Mexico. Tropical Storm Laura was forecast to make landfall August 26 as a Category 1 hurricane somewhere on the northern Gulf Coast. Tropical Depression 14, which will take the name “Marco,” was forecast to make landfall on the Texas coast as a tropical storm at virtually the same time.

If both storms reach hurricane strength, it would be the first time in recorded history that two hurricanes churned through the Gulf at the same time.