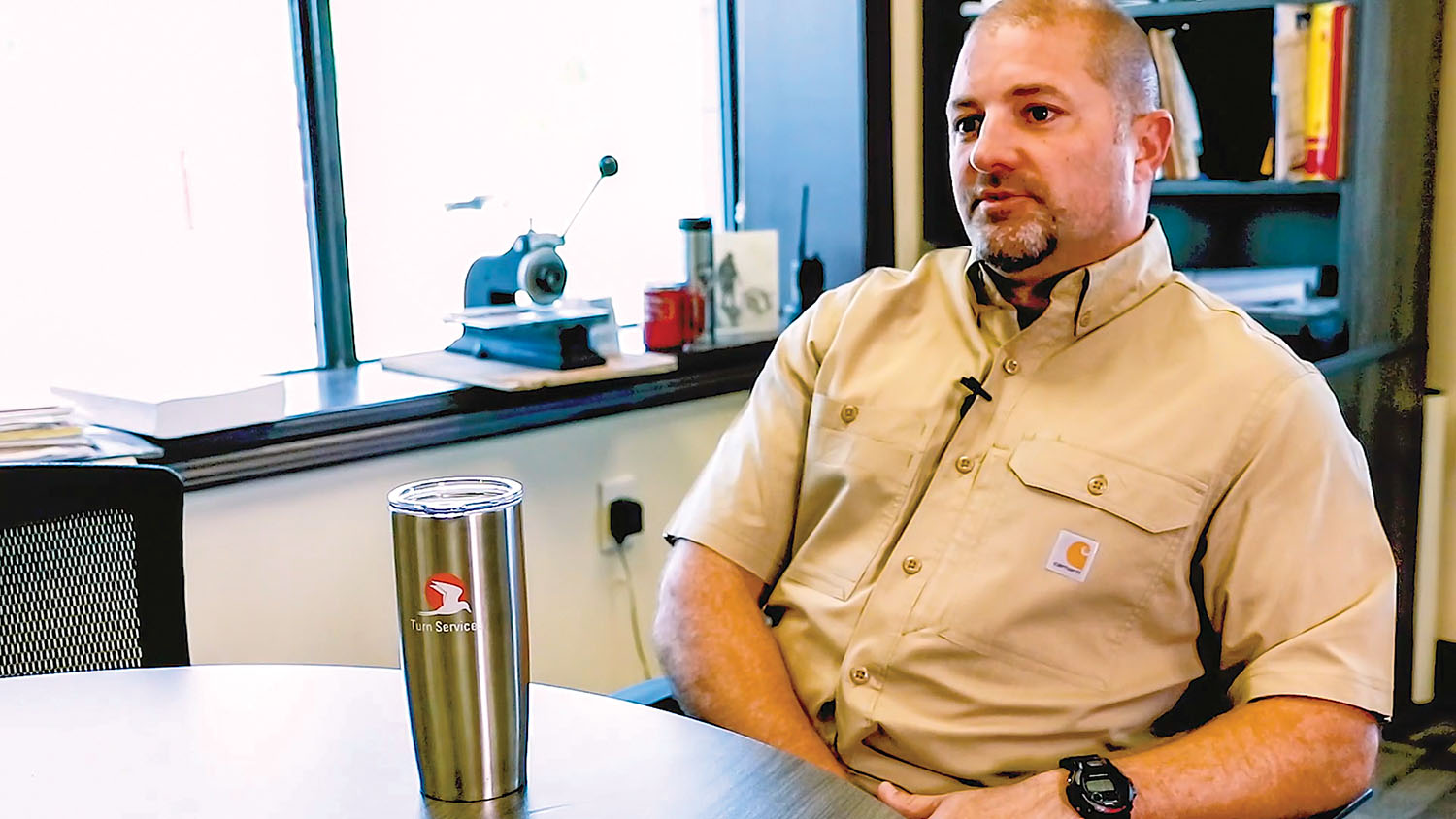 Ronald Breaux grew up in Bridge City, La., a small community located on the west bank of the Mississippi River and named for its proximity to the Huey P. Long Bridge. Later, Breaux served in the U.S. Marine Corps right out of high school.

When he returned from his military service, Breaux got started on a career as a diesel mechanic, first working for Westwego, La.-based P&S Diesel and then spending time with Louisiana CAT as a Caterpillar mechanic. He later went to work for Pan American Power on the north shore of Lake Pontchartrain. Not long after, he went into business for himself when he started Gulf Coast Diesel.

“I started with an F-150 pickup truck and did service calls at night,” Breaux said of his early days operating his own marine diesel service company.

“I went to work in Iraq, working on Caterpillar generators for the State Department as a contractor,” he said.

Though Breaux was only in Iraq for four months, the extra income allowed him to afford marine insurance and really pursue maintenance and service contracts in earnest. While his company also serviced vessels in the oil and gas industry and the New Orleans ferries, Breaux’s main customer was Turn Services, which at that time had just begun to assemble its fleet of towboats.

“I’ve worked with Turn Services since when they started with the Sir Barton, which was originally the Valley Sunrise,” Breaux said. “They afforded us the opportunity to come out to work and just do what we do, and the owners have been great.

“David Fennelly and Gary Poirrier would always welcome us to all the events and still do,” he added. “Every time they would have a golf tournament or something within the company, they welcomed us like family. That was a big thing with Turn Services. You’re not just an employee—you’re somebody and you’re working together.”

But when the offshore energy industry experienced a significant downturn from 2014 to 2016, Breaux was considering closing his business.

“We just decided at the time that it wasn’t going to be as profitable as we’d like,” he said.

“We were able to make a good fit between myself, my diesel mechanics and Turn Services,” Breaux said.

In September that year, Turn Services announced the acquisition of the assets of Gulf Coast Diesel, with Breaux coming aboard as director of vessel maintenance. Two years later, Breaux and his maintenance team moved into a larger facility on Engineers Road, along the Gulf Intracoastal Waterway. From there, his team dispatches across the Gulf Coast region to keep Turn Services’ fleet of towing vessels on the move.

“We do complete overhauls of our diesel engines, and we build them from the block up,” Breaux said. “We get the blocks refurbished, all new parts, test run them, put them on the engine dyno, and we keep our own spares in-house.”

Breaux said bringing Turn Services’ maintenance program in-house has huge benefits, not only for the company but also for organically growing a talented team of mechanics.

“This has allowed us to grow an up-and-coming mechanic to where he’s not only doing engine work, but he’s also afforded the opportunity to work with the other parts of the boat,” Breaux said. “We also work on the air control. We have an in-house electrician that works on all the electronics of the vessel. It gives a mechanic a chance to learn and grow amongst electrical, mechanical, diesel, hydraulics—a little bit of everything. That allows us to be a complete towboat service company within a company.”

Mechanics start out as helpers, with Breaux even offering some basic diesel design and maintenance classes. From there, they gain experience and knowledge on all aspects of vessel operations and maintenance.

“We don’t run engineers on the vessels, so it was a big cost savings for Turn Services to have a mechanic who could go out, who may be working on changing an injector at one minute and then the next minute he’s repairing a water leak or changing an electrical socket,” he said. “It made a good fit for both of us.”

Breaux said his mechanics may dispatch to Myrtle Grove, La., westward to Texas, or eastward to the Mobile, Ala., area.

“They get on the road, get their parts and whatever they need, and they head out for the day,” he said.

Breaux said he and his mechanics are cognizant of the significant role they play for the company. Vessel crews are instrumental in moving cargoes to their end destination, and the mechanic team ensures the vessels stay in motion.

“It’s the unspoken guys behind the scenes that are keeping it running,” he said. “I’ll get them together and throw a little luncheon or have a little barbecue for them. Without those guys, it doesn’t matter how much the salesman sells or how many barges the boats can push, if the engines aren’t running, you’re not doing anything.”