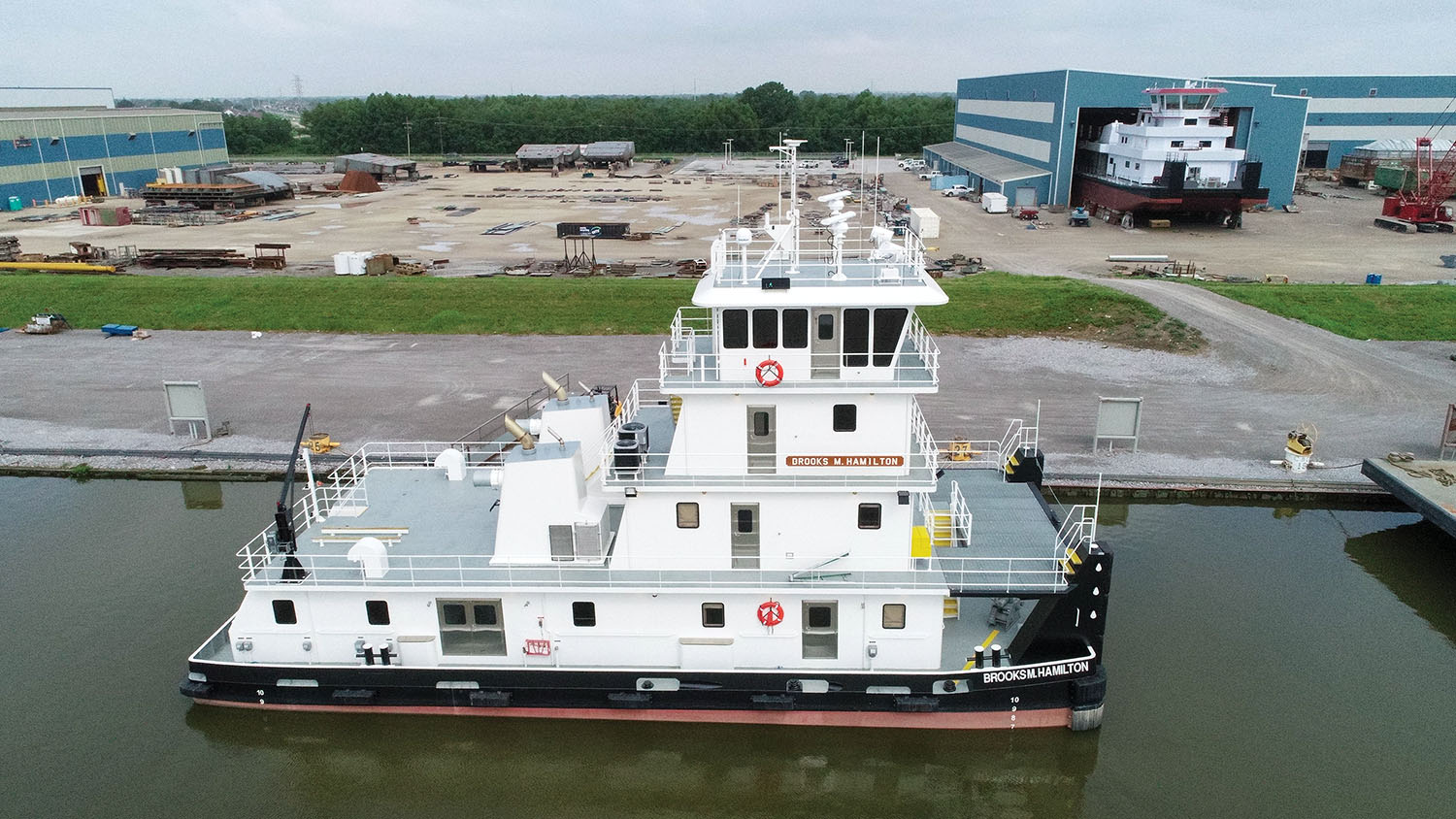 The Brooks M. Hamilton is the second in a series of 15 towboats C&C Marine is building for Maritime Partners.

The vessel has accommodations for a crew of six, along with a soft-core joiner system by Marine Interior Systems for added crew comfort and fire safety.

“We have been really impressed by the quality and speed at which C&C Marine has been able to build these vessels,” said Austin Sperry, chief operating officer and co-founder of Maritime Partners.

C&C attributes its production speed, in part, to the shipyard’s focus on innovative production methods. For the Brooks M. Hamilton, C&C Marine used a Lincoln Electric/Ogden welding panel line assembly seam welder and automatic dart welder, which allow for the fabrication of panels up to 40 feet by 100 feet. In addition, the yard used a computerized pipe cutting machine by Vernon Tool Company, which allows pipes of various diameters and lengths to be precut prior to assembly.

C&C performs all new construction under roof, with 50-ton overhead gantry cranes used throughout the building process. With a total of five enclosed production bays, projects at C&C can progress regardless of outside weather conditions.

The in-house engineering department further streamlines construction by partnering with customers throughout the design and construction processes to resolve any issues immediately with negligible effect on the production schedule.

“We take production deadlines very seriously at C&C Marine & Repair,” C&C owner Tony Cibilich said. “We understand the economic incentive for everyone involved to produce these vessels in a timely manner, while maintaining the highest quality of construction.”

The mv. Brooks M. Hamilton is named for Maritime Partners CEO and co-founder Bick Brooks’ nephew. Brooks said the towboat is a perfect representation of his nephew.

“I saw the mv. Brooks M. Hamilton in action during sea trials, and it is well named,” Brooks said. “This towboat rips through the water with almost as much energy as my nephew.

“C&C builds a phenomenal vessel, and we continue to be excited about our ongoing partnership with C&C Marine & Repair,” he added.