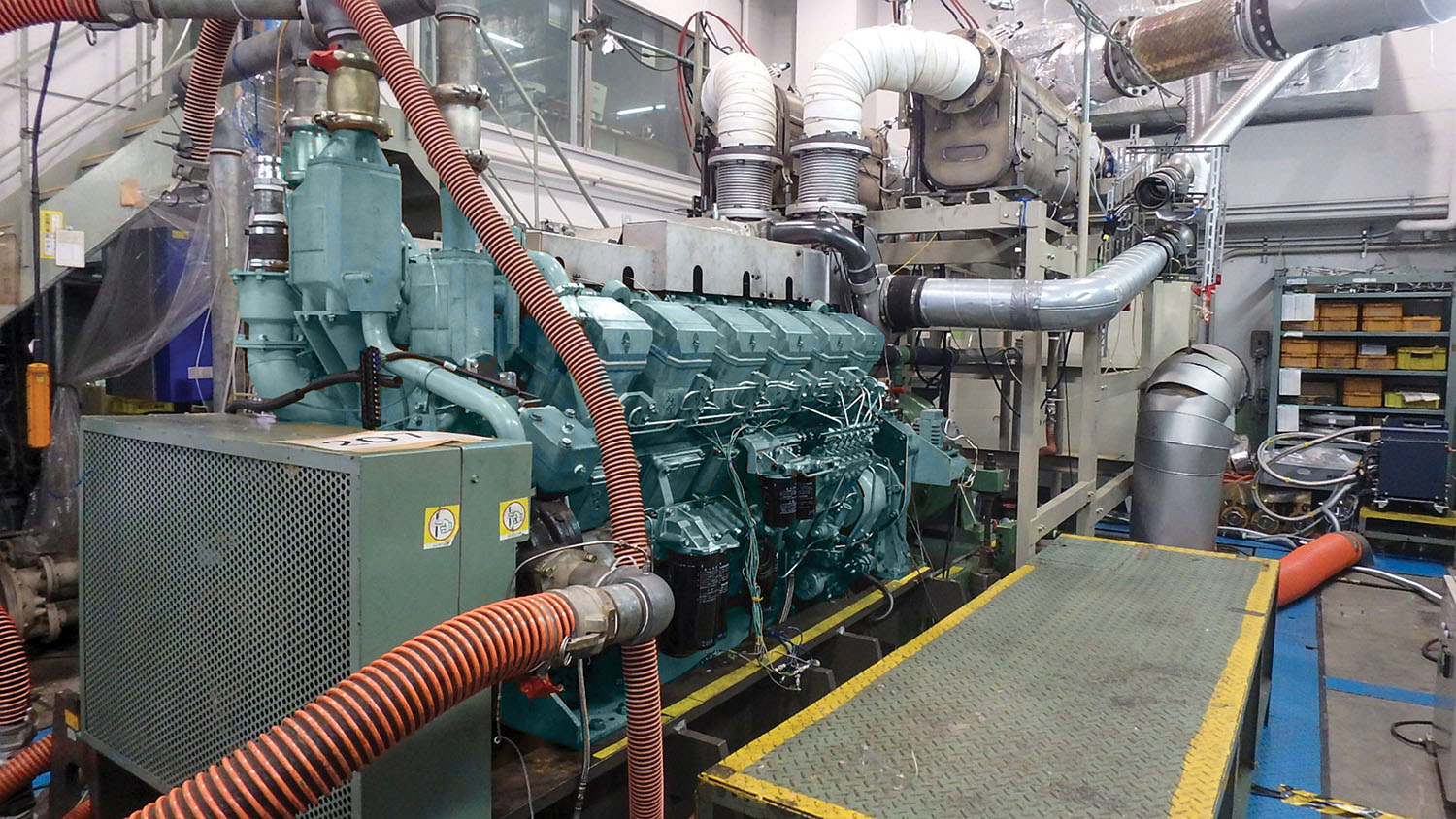 According to MTEA, the Mitsubishi S12R-Y4 engine is EPA Tier 4 certified and available for order.

Mitsubishi marine engines have gone against the industry trend toward electronic controls for more than a decade. The company’s marine engine manager, Takeshi Yoshida, said it was 2007, when most engine manufacturers were moving to complex electronic engines, that Mitsubishi opted for a series of mechanical engines to meet Tier 2 regulations.

“It was remarkable that Mitsubishi met Tier 2 with a simple mechanical engine,” Yoshida said. “But when the company was able to introduce a series of Tier 3 EPA-certified engines, also without the introduction of electronic controls, we all said, ‘Well, Mitsubishi has done it again.’”

The new Tier 4 Mitsubishi S12R-Y4MPTAW-3 engine continues that commitment to simple mechanical controls, while adding scrubbers for the enhanced emission reduction of Tier 4.

For more information on the new Mitsubishi engine, contacts include Rodrigo Teixeira, marine director at MTEA; Laborde Products for operators on the inland waterways, Gulf of Mexico and the East Coast; and Cascade Engine Center for West Coast applications.