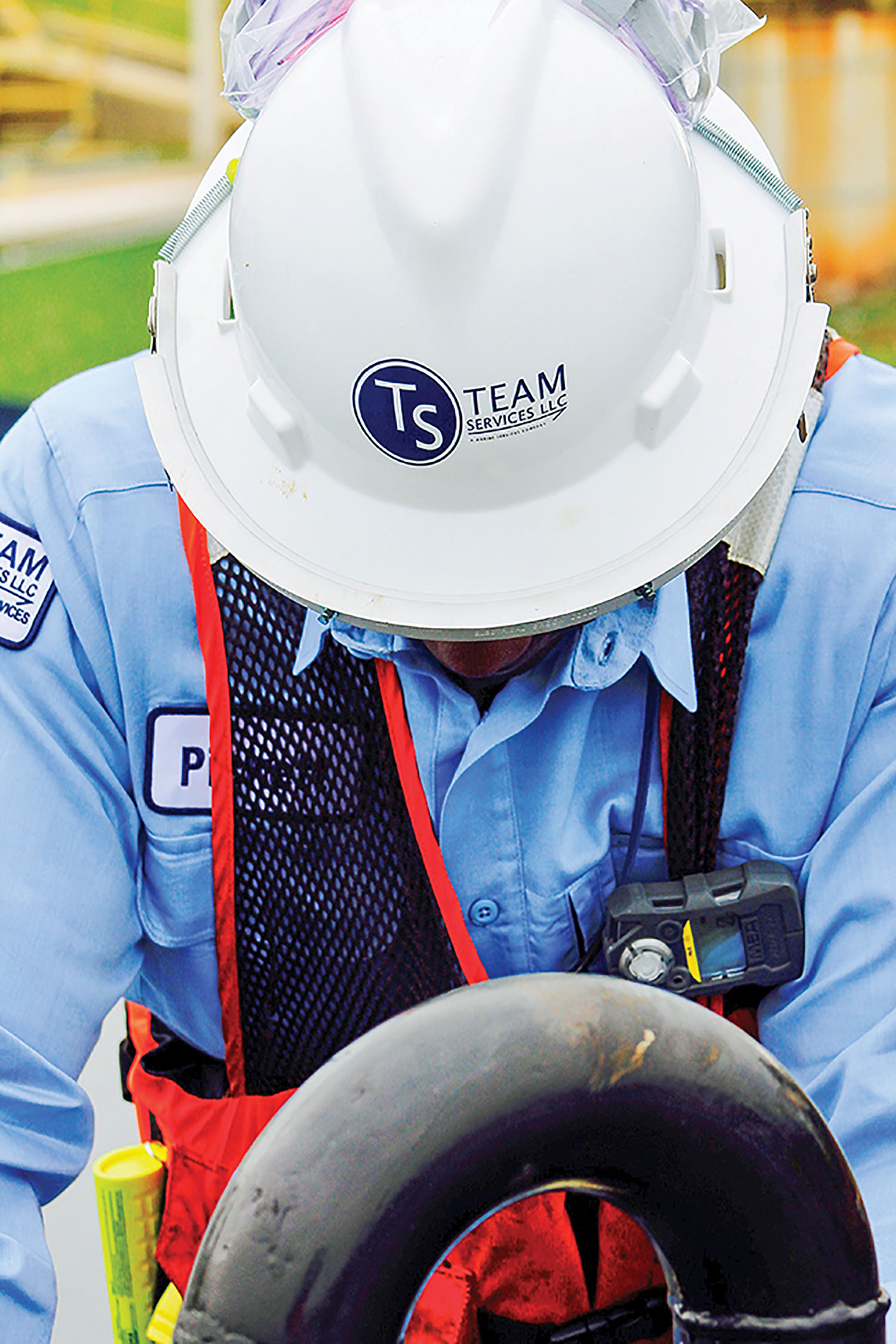 Each year, American Equity Underwriters Inc. (AEU) surveys the safety programs and performance of the almost 1,400 members of the American Longshore Mutual Association (ALMA), the group self-insurance fund providing USL&H coverage of which AEU is program administrator. AEU then recognizes top-performing member companies with its annual AEU Safety Awards. Eligibility is determined by a company’s safety culture and the frequency and severity of workers’ compensation accidents.

For 2019, American Equity Underwriters honored 29 companies with AEU Safety Awards, which were announced this past June. One of those companies was Baton Rouge, La.-based Team Services LLC, which offers tankerman services and provides terminal and tank farm operations all across the Gulf Coast and on the Mississippi River from Memphis, Tenn., to the mouth of the river.

For Team Services, it was the company’s second AEU Safety Award in three years.

“To be selected a second time—and there have only been 14 other companies that have gotten the award more than once—makes us very proud,” said Jim Fletcher, founder and CEO of Team Services. “When you’re stacking up against the best of your competitors and others in the industry that do what we do and come away with an award, it makes it a proud moment for us for sure. It gives us the feeling that we’re doing the right things, that our culture is good and that our safety culture and company culture are bound into one.”

Fletcher said Team Services’ safety and company culture revolves around the idea that every employee is part of a unified team.

“This teamwork thing is absolutely an expectation,” he said. “It’s our mission, and it’s our vision.

“I didn’t name it ‘Fletcher Services’ for a reason,” Fletcher explained. “I named it ‘Team Services’ to ensure a focus on teamwork and to do this as a team. Everybody is involved in this. It’s not about a single person doing this and having a chance to toot their own horn. We’re all involved in this. We win and lose as a team around here.”

And a big part of that sense of teamwork, Fletcher said, is charging everyone with responsibility for honoring the company’s safety management system, which includes a plan-do-check-act cycle and a system for recognizing, reporting and learning from near misses.

“Ours cannot be a book-on-a-shelf system, which cannot work,” Fletcher said. “But if you’re working your safety management system properly, it all feeds off each other. If you’re paying attention to the data your system is generating, it allows you to know what’s going on, what changes you need to make, what things are working and what things aren’t. It allows for feedback loops of information that come in, with a lot of employee engagement, and you adjust your programs accordingly.”

That culture of teamwork also brings a level of stability to the company, Fletcher said, and the sense that each person, by doing his or her job with excellence, acts as both a representative of the company and as a safety manager.

“The guys out there on the equipment are selling the business by handling things well,” he said. “They’re all salespeople, and they’re all safety people. Our planners and logistics coordinators are talking to customers every day. For everybody, from the time the phone rings to the time the invoice reaches the customer’s desk, there’s a commitment to excellence. It just breeds success.”

Fletcher said Team Services had a strong start to the year, with January, February and the start of March setting records for the company. Since the middle of March, with much of the country shut down and with restrictions in place due to COVID-19, Fletcher said economic pressures have definitely impacted Team Services and the broader maritime industry.

“The demand for oil began to catch up to the industry, and now our customers are being affected,” he said. We’re feeling the effects of it too, in the last six or eight weeks in a more direct way. This is just crazy, because it came out of nowhere, and it’s worldwide.”

Fletcher said he hopes a number of factors will soon lead to a rebound.

“I’m hopeful that 2021 will be a rebound year,” he said. “In 2021, the election will be settled, we’re getting better therapeutics and, hopefully, we’ll get some vaccines. When that happens there will be a lot more confidence to travel, eat out, and things will begin to open up. We’ll see what happens.”