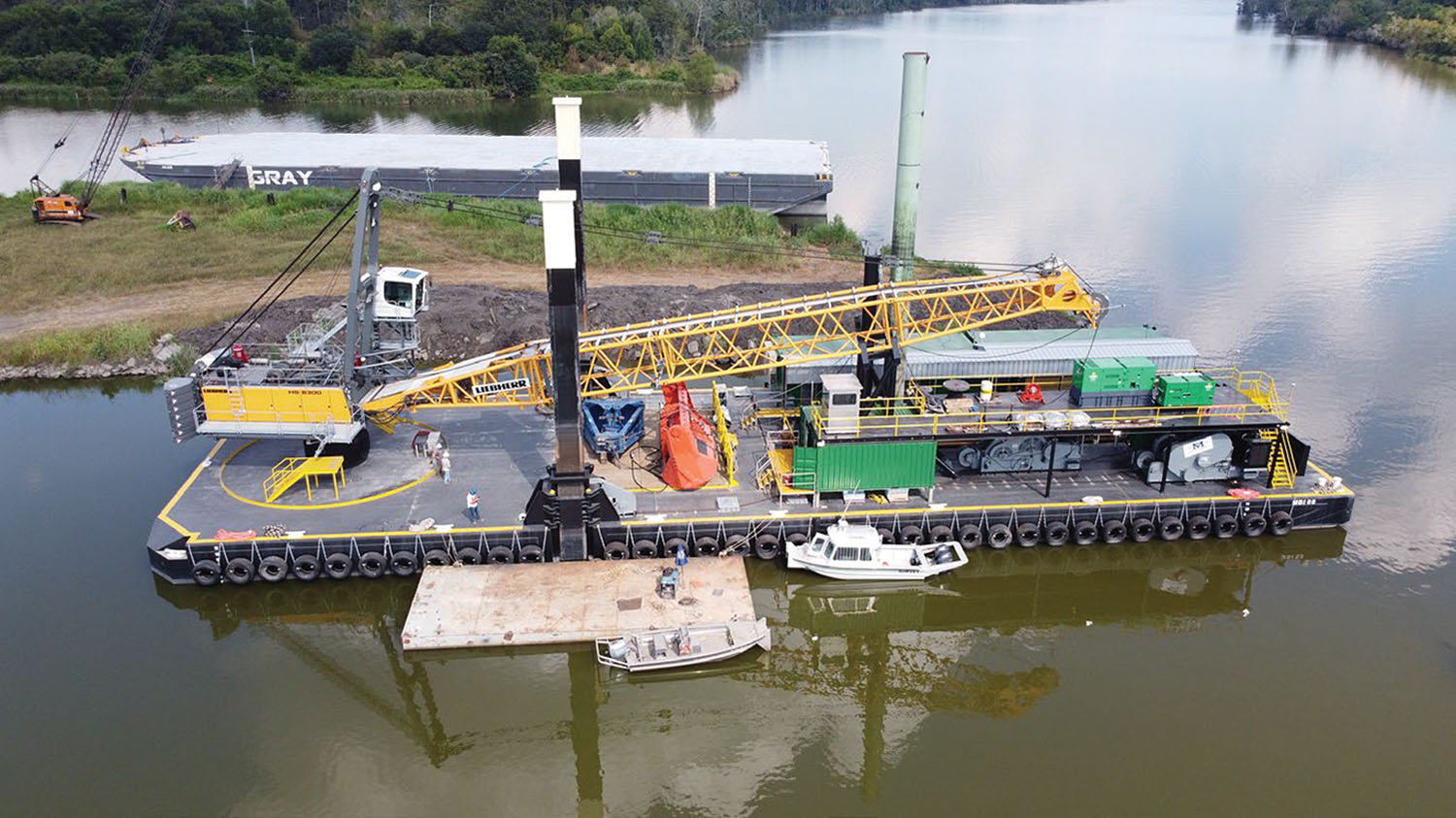 MBI 08 features two 85-foot removable spuds and one winch-operated walking spud, also 85 feet tall. The barge has tankage for 43,800 gallons of fuel and two 24,400-gallon freshwater tanks. On deck, the barge offers a full galley and dining area, office space, bunks, storage and a workshop for extended operations. The vessel carries an oceans loadline certification from the American Bureau of Shipping (ABS).

To move dredge material, MBI 08 is equipped with a Liebherr HS 8300 HD pedestal crane with a 125-foot-long boom, one of only five such cranes in the Americas.

According to Matthews Brothers Dredging, MBI 08 is already at work, most recently at the Port of Port Arthur.