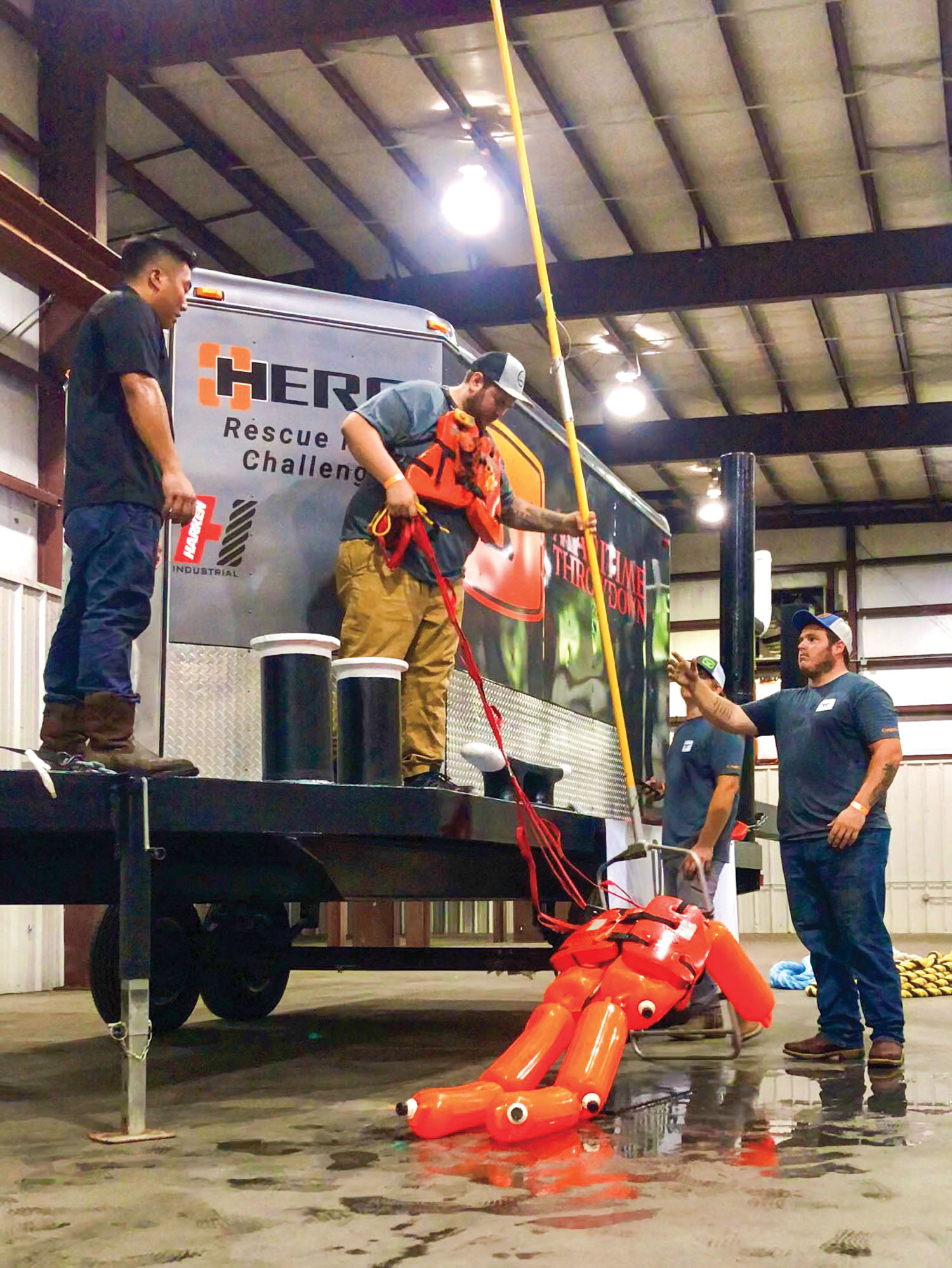 Day one of IMX, held virtually this year from September 29 to October 1, ended with a rush of competition thanks to the Maritime Throwdown (MTD), the popular industrial maritime line-handling and line-throwing skills competition.

Coinciding with IMX, MTD held a regional qualifying event, filmed on location at CRC Distributors in Robertsdale, Ala. In the event, five deckhands from the South competed in three events: The Hooked Up & Hard Down AIM Challenge for the longest line thrown and caught, the C-Hero rescue pole challenge and the MTD line-handling obstacle course.

Top finishers from each event received prizes, with Colby Supply sending the winner of the main event to the 2021 IMX in St. Louis next spring.

While fierce competition at MTD events is nothing new, the outcome of the qualifier was a first for the organization.

Brown said Terrell competed in the events almost by chance. Brown was browsing social media accounts for deckhands located in the South and came upon Terrell, who decks for Tuscaloosa, Ala.-based Parker Towing Company. When Brown reached out to see if Terrell would be interested in competing, Terrell answered by sending Brown video of him honing his line-handling skills.

“Next thing I know he’s blowing up my phone with all kinds of videos of him practicing,” Brown said.

Terrell was able to put it all together the day of the competition, blazing through the MTD main course in 6 minutes 53 seconds and setting an impressive mark in the C-Hero Rescue Pole Challenge.

“He won in under 19 seconds with the rescue pole,” Brown said. “That means he was able to get a 180-pound dummy ‘out of the water’ and on deck in less than 19 seconds.”

In fact, Brown said, all the competitors were able to simulate a man overboard recovery in 30 seconds or less.

Finally, Terrell also finished first in the winner-take-all Hooked Up & Hard Down AIM Challenge with a distance of 20 feet.
Seymour finished second in the MTD course, with Templet finishing third. Breaux was second in the C-Hero Rescue Pole Challenge, with 25.55 seconds, and Pledger finished in 29.07 seconds.

Prizes for top finishers included a cash prize for first place in the rescue pole challenge, a coffee pack from Harbor Tug Coffee, an MTD prize pack and the trip to the 2021 MTD finals event.

Brown said he’s excited about the future of MTD, especially because of the emphasis the organization and its competitions place on professionalism, training and safety. MTD will hold an exhibition in the near future at Da Cajun Shack in McComb, Miss., a restaurant and seafood supplier that’s owned by a towboat captain. Brown said past and future competitors can look forward to a redesign of MTD’s points system and course to enhance the entertainment value and further emphasize safety.

For more information, go to www.maritimethrowdown.com or search MTD on social media.