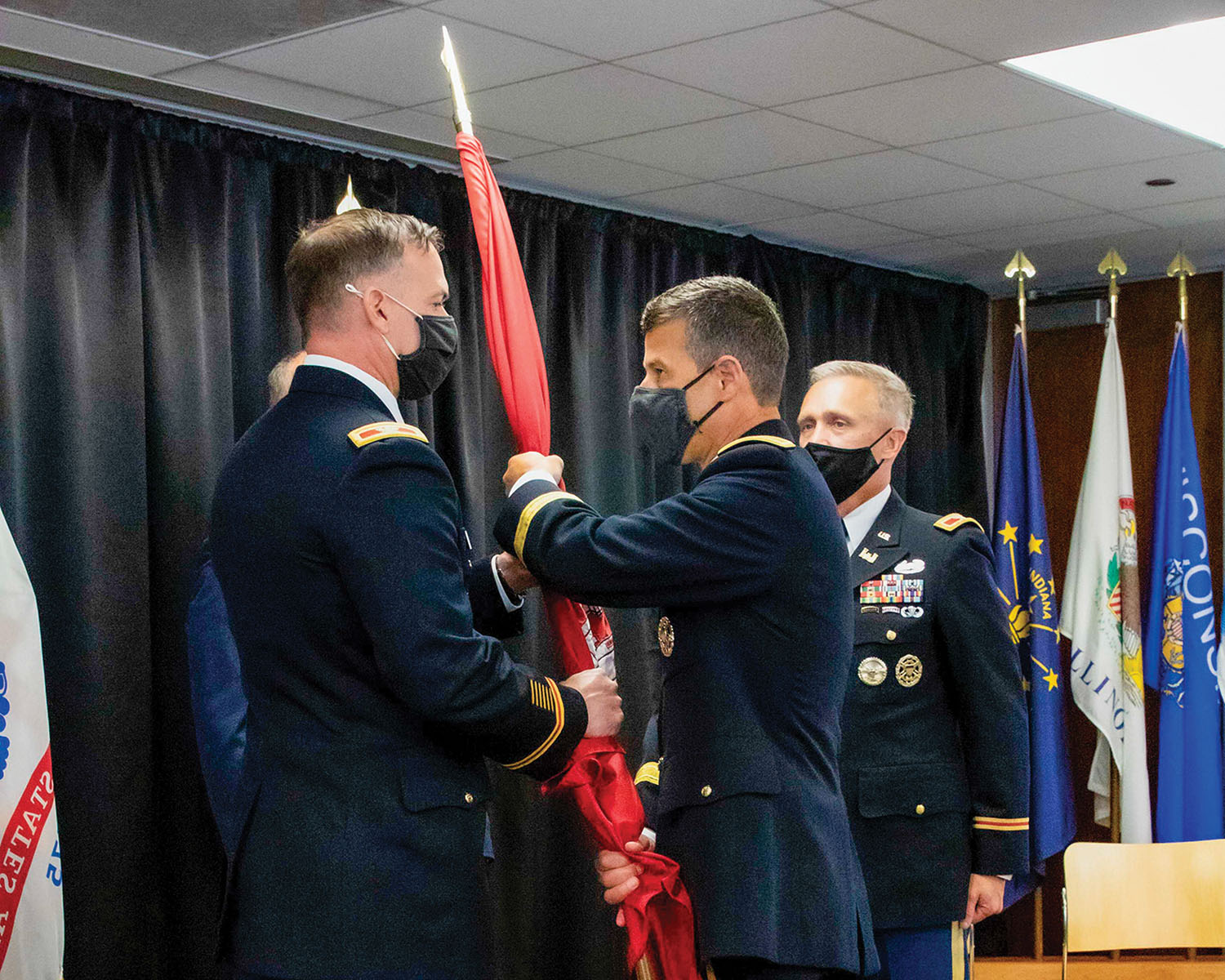 Maj. Gen. Robert Whittle Jr., commander of the Great Lakes and Ohio River Division and host of the ceremony, passed the guidon from the outgoing commander to the incoming commander. This Army tradition symbolizes the passing of authority and responsibility from the departing commander to his successor.

“The Army tradition continues when we pass the colors from one person to another,” Whittle said. “And when you grab those flags and pass them, you can feel the strength of all of the people who have ever served at the Chicago District. And all of that energy goes into the commanders. So Paul, you now have more than enough energy to lead us for the next three years! Welcome.”

“The stock of the Chicago District is measured in trust: the trust of our partners, our stakeholders, and the wonderful people who call the Great Lakes Region their home,” Culberson said during his speech at the ceremony. “I assure you I am fully committed to maintain the trust this district has earned and look forward to meeting in person to build upon those relationships that have already been forged.”

Prior to assuming command of the Chicago District, Culberson served as the commander of Task Force Essayons, a forward deployed engineer task force responsible for providing oversight of Corps of Engineers support to the Combined Joint Task Force for Operation Inherent Resolve in Iraq and Syria.

This year marks the 150th anniversary of the Chicago District.