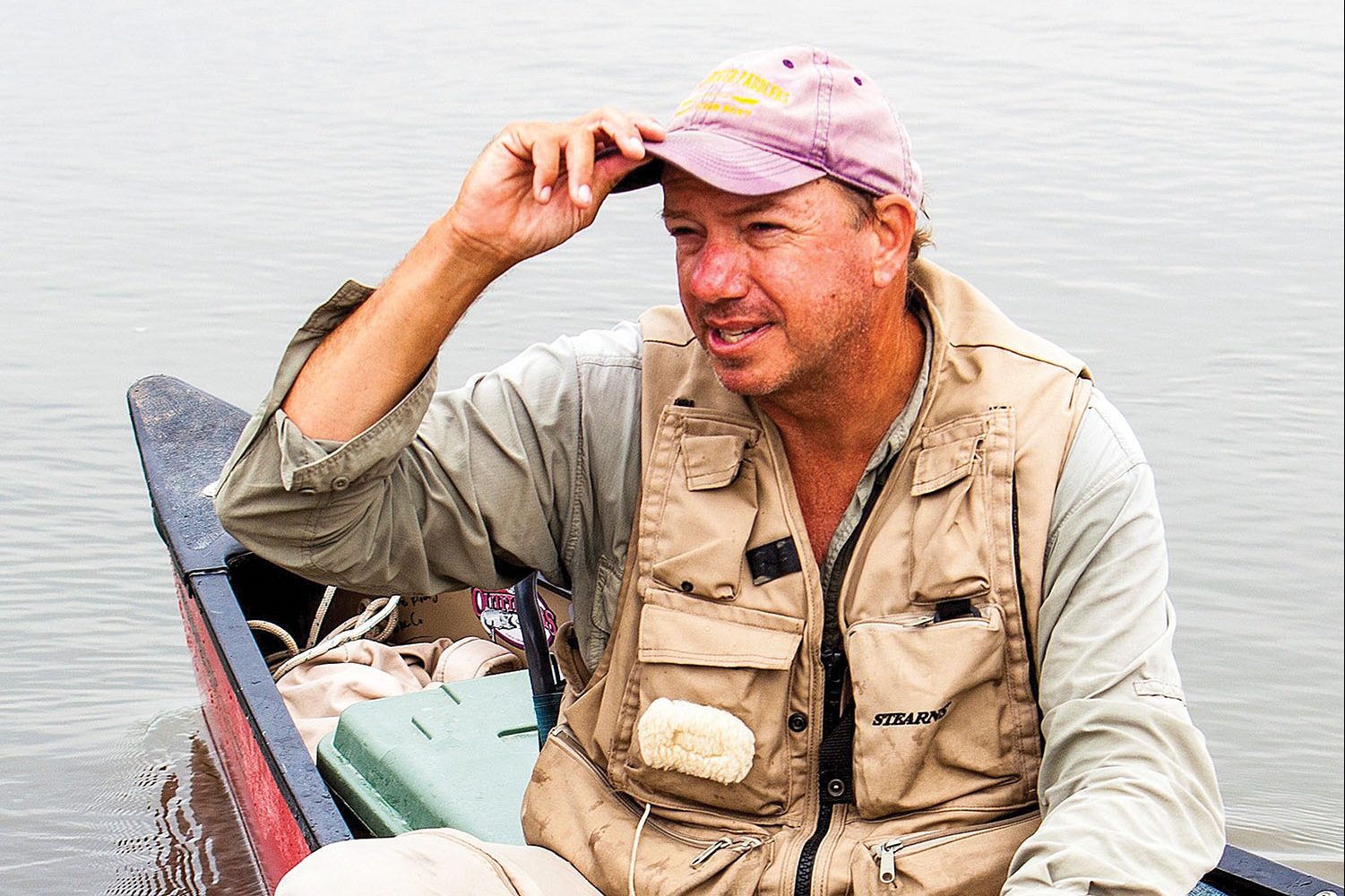 A man canoeing the nation’s rivers from the Pacific to the Atlantic wants to share a story about how interconnected both they and the Americans living and working on them are.

Neal Moore, 48, expects to be midway through his 7,500-mile journey this week when he reaches Memphis, Tenn. He saved money from a year and a half of teaching English in Taiwan to afford his two-year journey, which he purposely planned for the year before and the year after the election for the American president.

Moore was raised in Los Angeles, Calif., but he has lived much of his adult life overseas. He spent time as a missionary in South Africa, as an aid worker and, among other adventures, trekked across northern Ethiopia with a donkey named Gopher. Eleven years ago, he canoed down the Mississippi River, and it left an impression on him. Now he is expanding upon that voyage by solo canoeing 22 rivers in what he said is believed to be the longest continuous solo canoe trip ever undertaken from coast to coast across the United States.

“The idea is to come back to my home country and see it up close and personal and coast to coast, to see old friends and meet new friends along the way,” Moore said.

Moore left the West Coast, paddling up the Columbia River and past Portland, Ore., on February 9. He is in a red, 16-foot Old Town Penobscot canoe. He hopes to canoe around Ellis Island in New York Harbor to complete his journey by the end of 2021.

Moore picked the year before and after the election as a time to travel in part because of the deep political divisions in the country. At a time others are focusing on differences, he said he hopes to shed light on what brings people together, instead.

“It’s the ties that bind us together,” Moore said. “It’s looking at what we have in common.”

Part of the journey travels the same rivers explorers Meriwether Lewis and William Clark traveled on their Corps of Discovery expedition, although Moore notes he is doing so in reverse, in part to avoid the onerous task of paddling up the Missouri River.

Moore is recording the stories of many of the people he meets on the trip and compiling them into a book. People may follow his journey and donate at 22rivers.com as well as purchase books on past adventures, which help fund future ones. He is also documenting his trip on Instagram at @riverjournalist.

Moore’s route so far took him from the Columbia River to the Snake River. He then portaged 200 miles due north to Lake Pend Oreille in northern Idaho, where he caught the mouth of the Clark Fork River and went up past Missoula to the town of Garrison in western Montana. From there he portaged 60 miles over the Continental Divide to Helena and the Missouri River. He came down the Missouri to the Mississippi, pausing to paddle upriver 116 miles to Hannibal, Mo., hometown of Mark Twain. He paddled to the confluence of the Ohio River, then took another detour, paddling 50 miles upstream to Paducah, KY.

“I was just really keen to get a taste of the Ohio River and also to see the mouth of the Tennessee since I’ll be on the Ohio and the Tennessee next year,” Moore said.

Moore then paddled back down the Ohio to the Mississippi and is traveling downstream. When he reaches the Gulf of Mexico, he will then skirt it 150 miles to Mobile, Ala., before taking the Mobile and Tombigbee rivers, the Tennessee-Tombigbee Waterway and the Tennessee River, eventually catching the New River near Knoxville, Tenn., and then the Cumberland River. From there, he said, he will take the Dix River and then the Kentucky River through Frankfort before dumping out into the Ohio River just downriver from Cincinnati, Ohio.

Moore will then paddle up the Ohio River to Pittsburgh, Pa. He plans to take a side tour on the Kanawha River to see West Virginia because he has never been there.

“What I’m really excited about are parts of the country I haven’t been to before,” Moore said.

He will return to Pittsburgh and then catch the Allegheny to upstate New York, and at Chautauqua Lake will portage on a road named Old Portage Road about 10 miles. He plans to skirt the edge of Lake Erie to just above Buffalo. From there the Erie Canal will turn into the Mohawk, which dumps into the Hudson River around Albany, N.Y.

“Then I’ll ride the Hudson right on down to New York City,” he said. “The end game will be the Statue of Liberty. You can’t land there, but you can paddle around there.”

Moore said unlike 11 years ago, he is equipped with a marine radio, which should help with communicating with towing vessels and other boats. He promises to do all he can to stay out of the way of passing tows and doesn’t normally canoe at night, spending most nights in his tent, usually on a nearby island or sand bar.

Although he is on a very different trip than that taken by others up and down the country’s rivers, Moore said once again there is something that connects him to many of the others who choose to spend their time on them.

“Coming from Los Angeles and then based in a place like Taipei, it just really feels liberating,” he said. “It feels great to be out in the wild, whether it’s the extreme highlands or lowlands of Ethiopia or whether it’s in and along these major rivers, which by and large are extremely rural. It’s an exciting feeling to be out there surrounded by nature.”

Caption for photo: Neal Moore is traveling 22 rivers over the course of two years on his trip from the West Coast to the East Coast. Along the way he is gathering stories about what unites people together despite deep divisions, including those of American politics. Last week, as the nation went to the polls for the presidential election, he was halfway through his 7,500-mile journey. (Photo by Patrick Tenny)