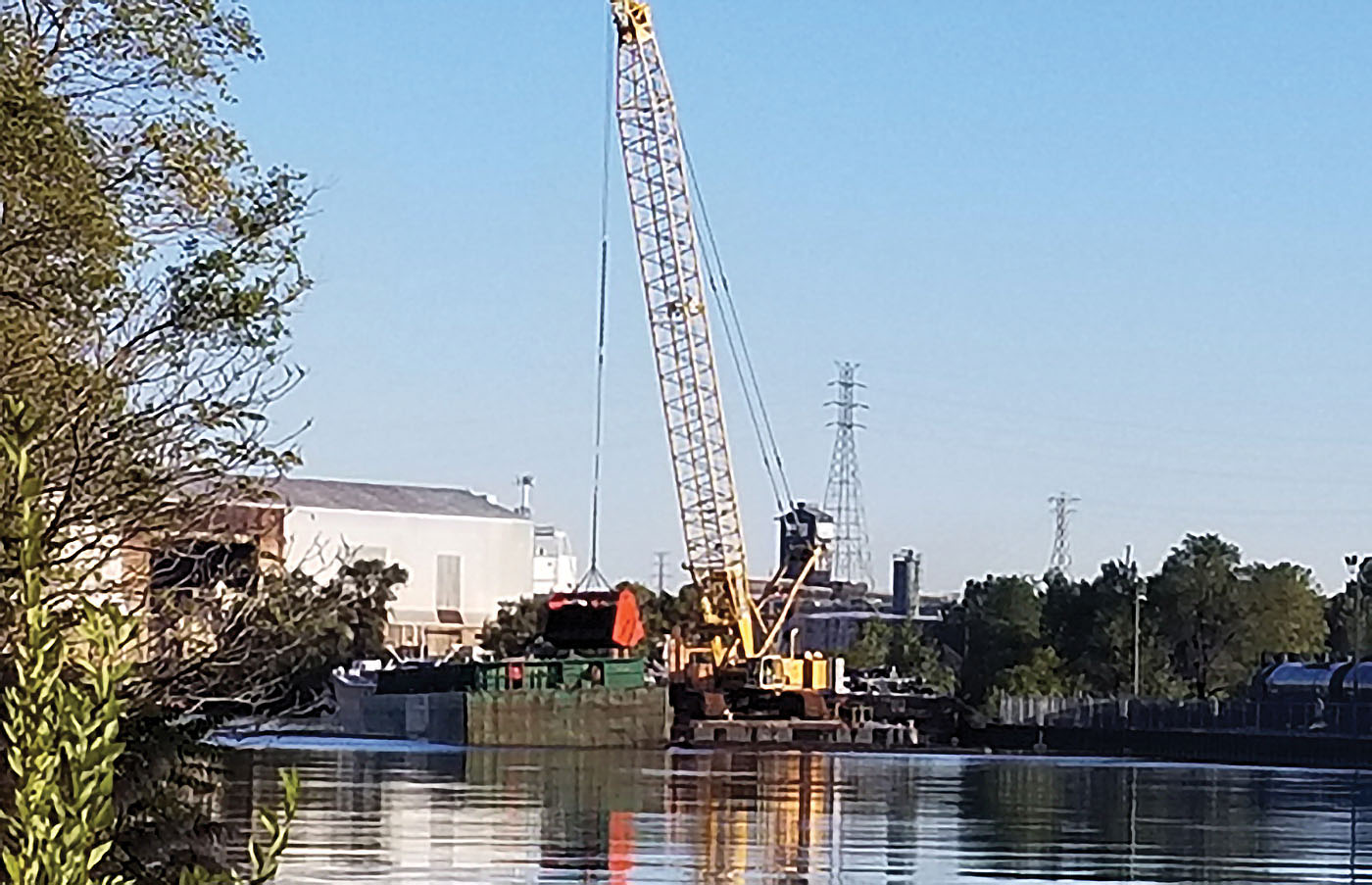 Dredging began at Indiana Harbor earlier last month and will continue through the fall, a continuation of the dredging that stopped in 2019 for the winter season, the Chicago Engineer District reports.

The contractors, a joint venture with Kokosing Construction Company, Ohio, and O’Brien and Gere, Illinois, will dredge approximately 150,000 to 200,000 cubic yards in 2020. The navigation project consists of a harbor channel ranging in depth from 27 to 29 feet low water datum and two canals with depths of 22 feet. The project includes the operation and maintenance of the East Chicago, Ind., confined disposal facility.

Since 2012, more than 1.58 million cubic yards of sediment has been removed from the waterway, improving the efficiency of deep-draft commercial navigation and reducing the contaminants that had previously been washing into Lake Michigan. By next year, a majority of the federal channel will be dredged to congressionally authorized navigation depths, including the removal of sediments in adjacent berthing and docking areas, at a nonfederal expense.

Caption for photo: Contractors will remove between 150,000 and 200,000 cubic yards this fall. (Photo courtesy of Chicago Engineer District)