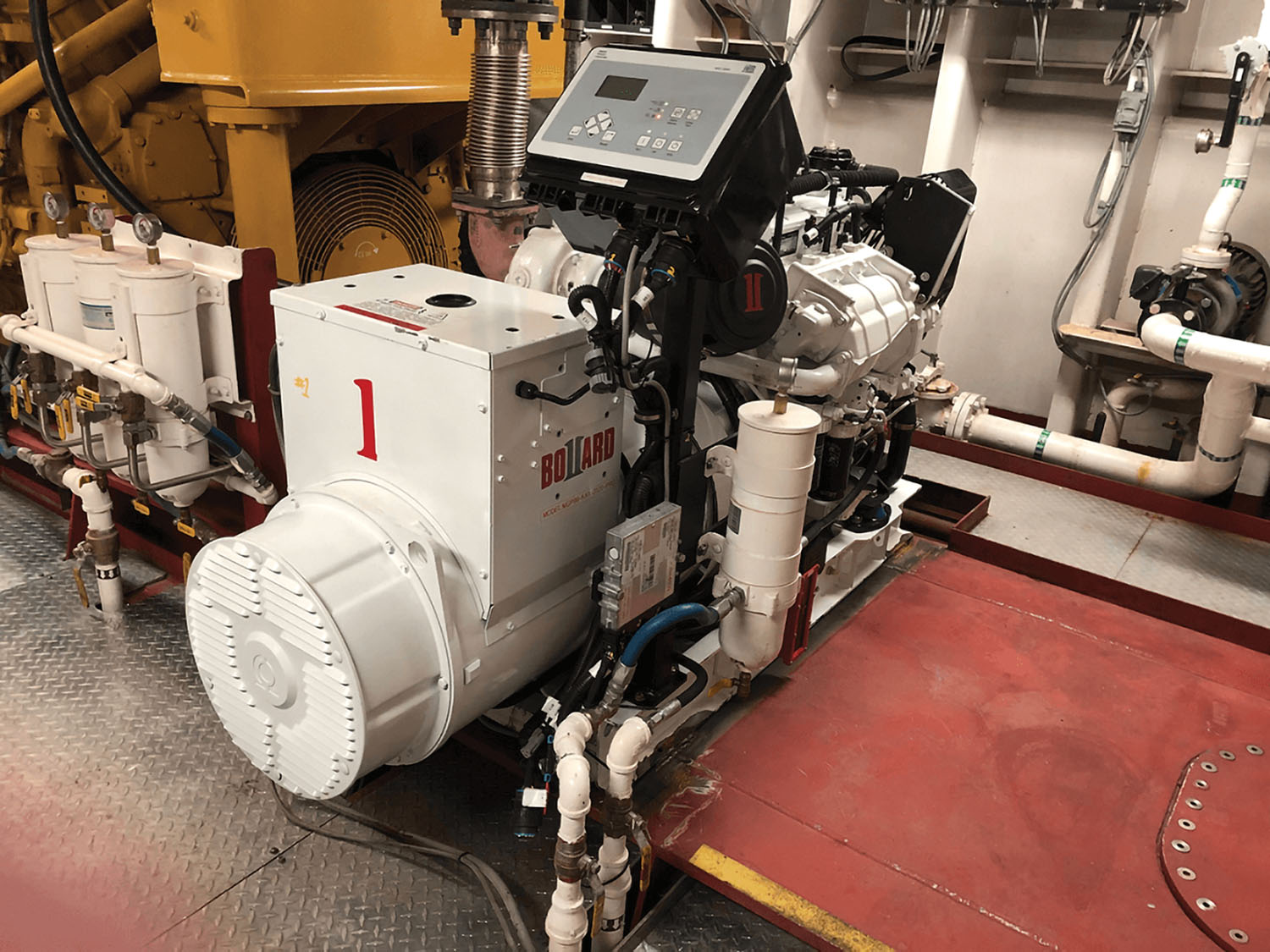 MER Equipment, a company that was founded as a service to commercial fishers, has extended its mission. Its Bollard customized durable generators sets are now serving all types of commercial marine users.

Ivan Fox, the founder of MER Equipment, got into the marine equipment business almost by accident. In the depths of the Depression, Fox, like many young men at that time, worked for the Civilian Conservation Corps, building the national parks system, according to his grandson, Tyler Allen. Fox was a talented baseball pitcher, and each CCC camp had its own baseball team. It was the usual practice to rotate people through the camps. Keeping a team together wasn’t easy.

To hold onto their star pitcher a little longer, one camp taught Fox some bookkeeping and put him in the camp store. That bookkeeping experience would prove important.

Fox later took a steamship to Kodiak, Alaska, where he had heard you could make money fishing. After a long summer of fishing, his first boat pulled into the dock to get paid. There was an ongoing “riot” because the fishermen had not been paid; the cannery’s bookkeeper was missing in action. “I know something about bookkeeping,” Fox volunteered. He was hired to keep the cannery’s books, later rising to vice president and taking over the operation.

Alaska had barely had time to enjoy its statehood when the deadly Good Friday earthquake and tsunami of 1964 struck, wiping out the fishing fleet along with much other infrastructure. Fox went south to Seattle, Wash., organizing rented docks and equipment to salvage what he could of the Alaskan salmon season.

“He was a people person and a natural leader,”  Allen said. “Back then, we didn’t even have a name. Grandpa came up with Marine Engine & Repair when he went to get a phone line installed; they needed to know who to send the bill to.”

The company got into equipment manufacturing shortly after the tsunami to support the fishing industry, under the direction of Bob Allen, Ivan Fox’s son-in-law, Tyler Allen’s father and the current CEO of MER Equipment.

Commercial fishing is one of the most punishing environments there is for marine equipment. “If a fisherman can’t break it, no one can,” said Tyler Allen. From the beginning, the company’s focus was on customizing solutions for fishing fleets and port captains. “Everyone has their own way of using equipment and their own way of doing things.” MER is as much a service and consulting company as it is an equipment manufacturer. “When we work with you, it’s more of a collaboration than a sales process.”

“Generators are where we shine,” said Allen. The company has served more than fishing fleets, though; it has also supplied charter vessels and yachts whose generators need to be enclosed to reduce noise during anchorages, as well as commercial tugs and towboats.

The company’s gensets, marketed under the trademarked name of Bollard, tend to be heavy and what some nonmarine customers might consider overbuilt, Allen said. “But you have to look at durability over the life of the investment,” said Tyler Allen. According to the company website, “Our goal is not to offer you the lowest price, but to build a robust product that will pass the test of time and provide the lowest cost of ownership.”

The company saves steps and money where it can, of course. It acquired an early 3D printer “long before all the hype,” said Allen. The 3D printer is useful not so much for production runs as for printing up prototype pieces to exact specifications for testing. 3d printing is also used to print forms for molds that are used in production runs.

Because of the company’s long focus on customizing each solution, Subchapter M didn’t change the way it served customers. “It was just another type of customization,” said Allen.

Commercial fishing remains part of the company’s DNA, but it eventually extended its mission to workboats and commercial towboats, especially after word of the durability and quality of its equipment got around. “My father fished, my uncles fished,  and I fish,” said Allen. “Our mission is really about serving the mariner. We focus on quality of life for the mariner and providing a service.”