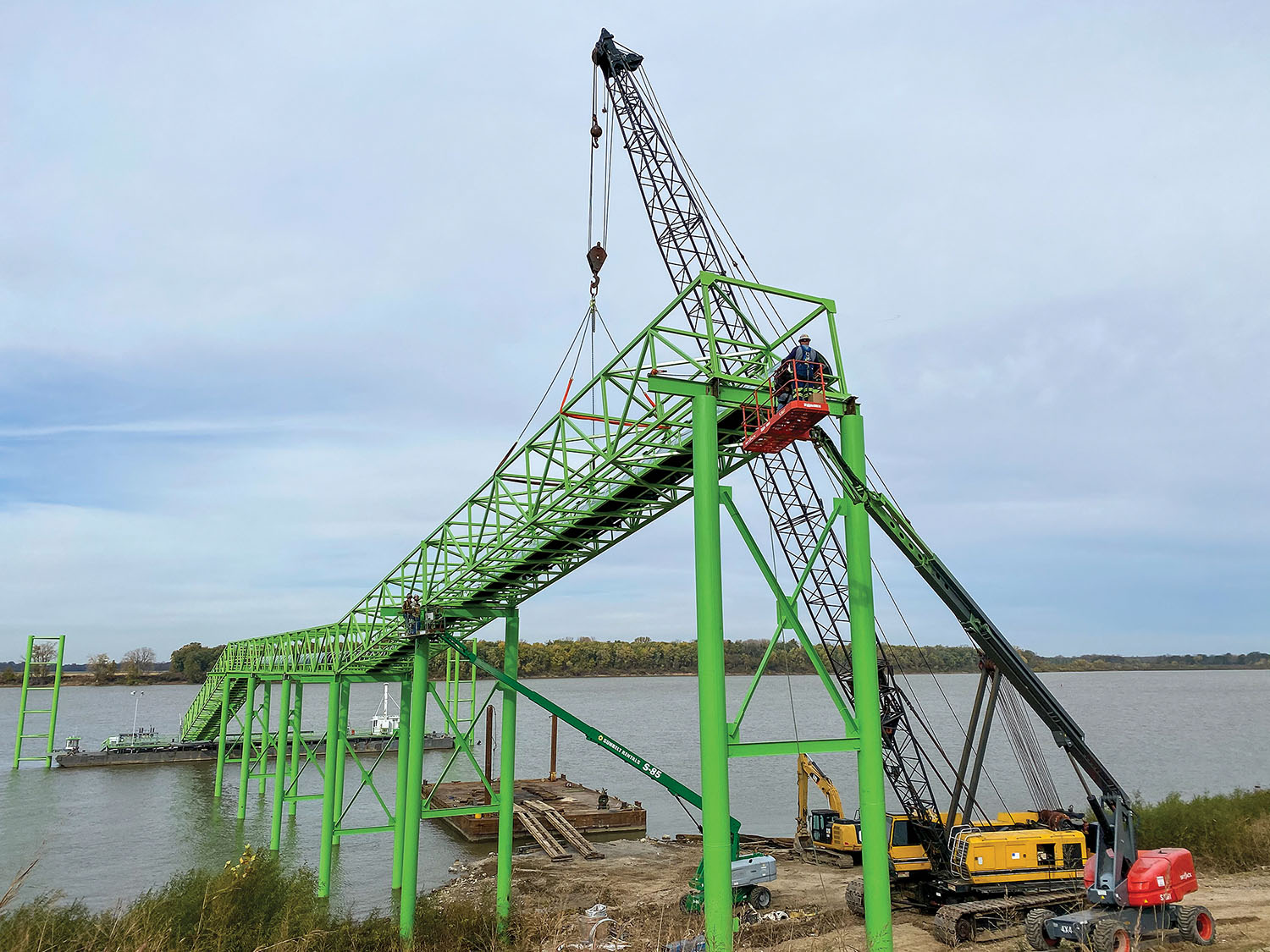 Castlen Enterprises expects to complete construction soon on a river terminal that will serve sister company Castlen Steel as well as other customers.

Construction began in May adjacent to the steel facility at Ohio River Mile 752 in Owensboro, Ky., said Doug Caylor, sales and marketing manager for the terminal group. It is expected to be complete within the next week or two.

“It will have twin conveyors and a walk-through truss with about 1,200 tons per hour capacity and the ability to go direct to truck or rail from river,” he said.

It will also have a roll-on, roll-off ramp at the facility to assist in loading heavier vessels, and it has space for cranes.

Something unique to the facility is that Castlen also has a barge scrap facility at the location.

“It will kind of be a one-stop shop on the Ohio,” Castlen said.

The company sees the riverport as providing an added value to customers.

“It’s another avenue we’re going to be able to handle for them so they don’t have to reach out to multiple entities,” Castlen said.

Castlen Steel builds river terminals up and down the Ohio, Arkansas and Mississippi rivers but decided to design and build one of  its own, seeing it as a win-win for both the company and its customers.

“We do everything in-house from the engineering to the structures to the labor install as well, so it’s unique to be able to build right here in our own facility and our own place,” Castlen said.

Customers won’t be able to miss it as the riverport is being painted a bright Castlen green, Castlen said.

“We’re going to be open to unload products for anybody who would be looking to handle products for this part of the country,” he said, adding that he expects to see interest from companies from not only Kentucky but nearby states of Indiana, Ohio, Tennessee and Illinois.

Castlen said the time is right for building its terminal, as the need for agricultural products in the region is growing. He anticipates the terminal will be of use to both ag suppliers and the steel industry.

Castlen Enterprises is tentatively planning a ribbon-cutting ceremony for the new terminal in mid-December.