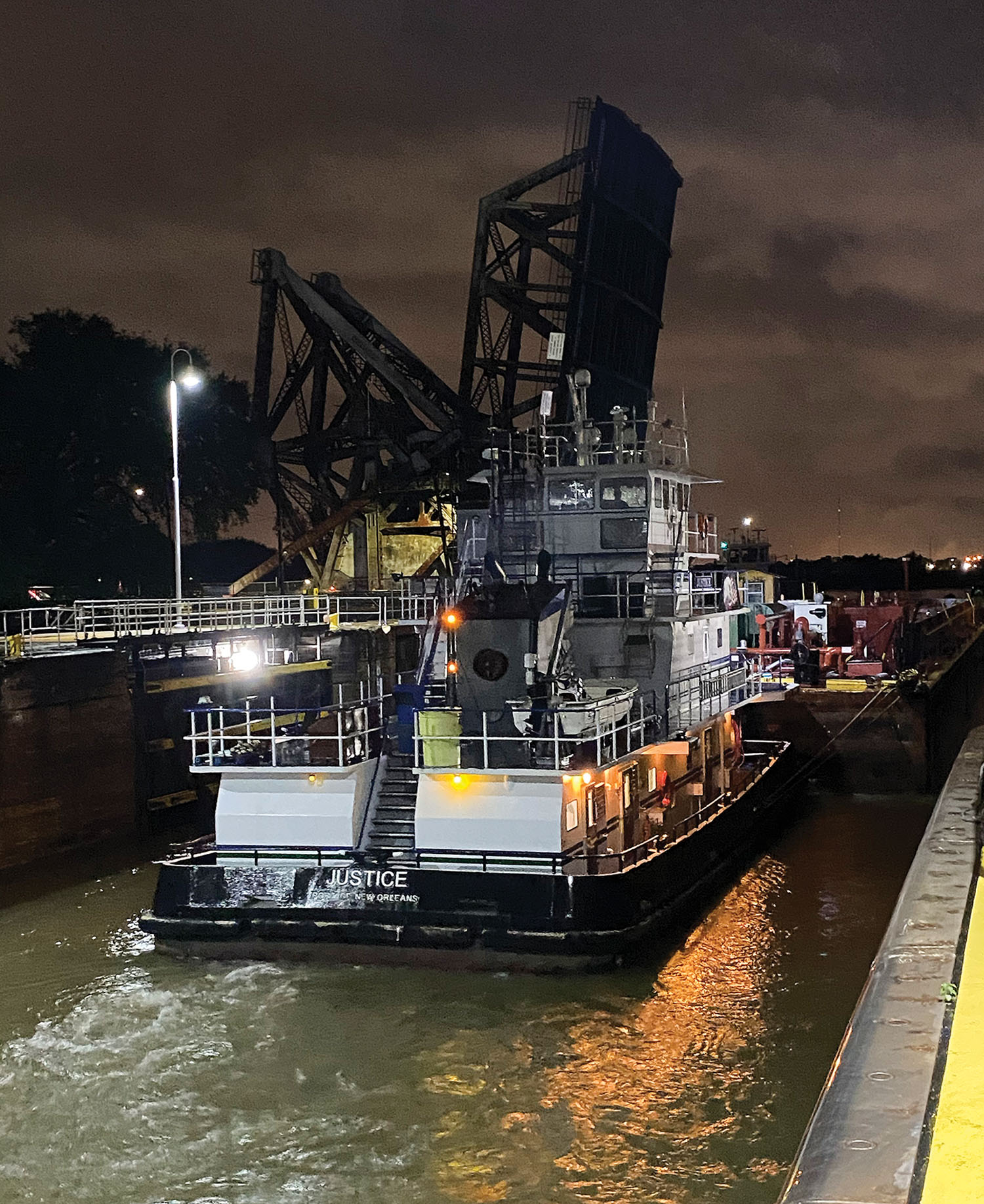 The New Orleans Engineer District reopened the Inner Harbor Navigation Canal (IHNC) Lock to navigation November 25 following a closure for repairs stretching back to early September. The lock was rewatered and reopened about 5:45 p.m., with Kirby’s mv. Justice the first vessel to lock through westbound and in the rain.

Scouring, sinkholes and voids around and under the lock chamber necessitated the extended closure, which was the second in four years. As in 2016, the U.S. Army Corps of Engineers and the U.S. Coast Guard activated an alternate route through the Chandeleur Sound to bypass the lock during the closure, with spot weather forecasting by the National Weather Service. IHNC, which opened to navigation in 1923, is the only connection point on the east bank of the Mississippi River for the Gulf Intracoastal Waterway.

During the closure, a Corps contractor injected an epoxy fill into construction joints to seal off points of water infiltration. Crews also pumped a flowable concrete material into voids beneath the chamber and replaced old fill valves with new, modern equipment.

With IHNC reopened to navigation, the Corps and Coast Guard have decommissioned the alternate route.

Concurrent with the lock closure, the Port of New Orleans directed repairs at the St. Claude Avenue bridge, a drawbridge across the IHNC near the Mississippi River. The bridge first opened in 1919.

Caption for top photo (click on photo for full image): The mv. Justice was the first boat through the newly reopened IHNC Lock. (Photo courtesy of New Orleans Engineer District)