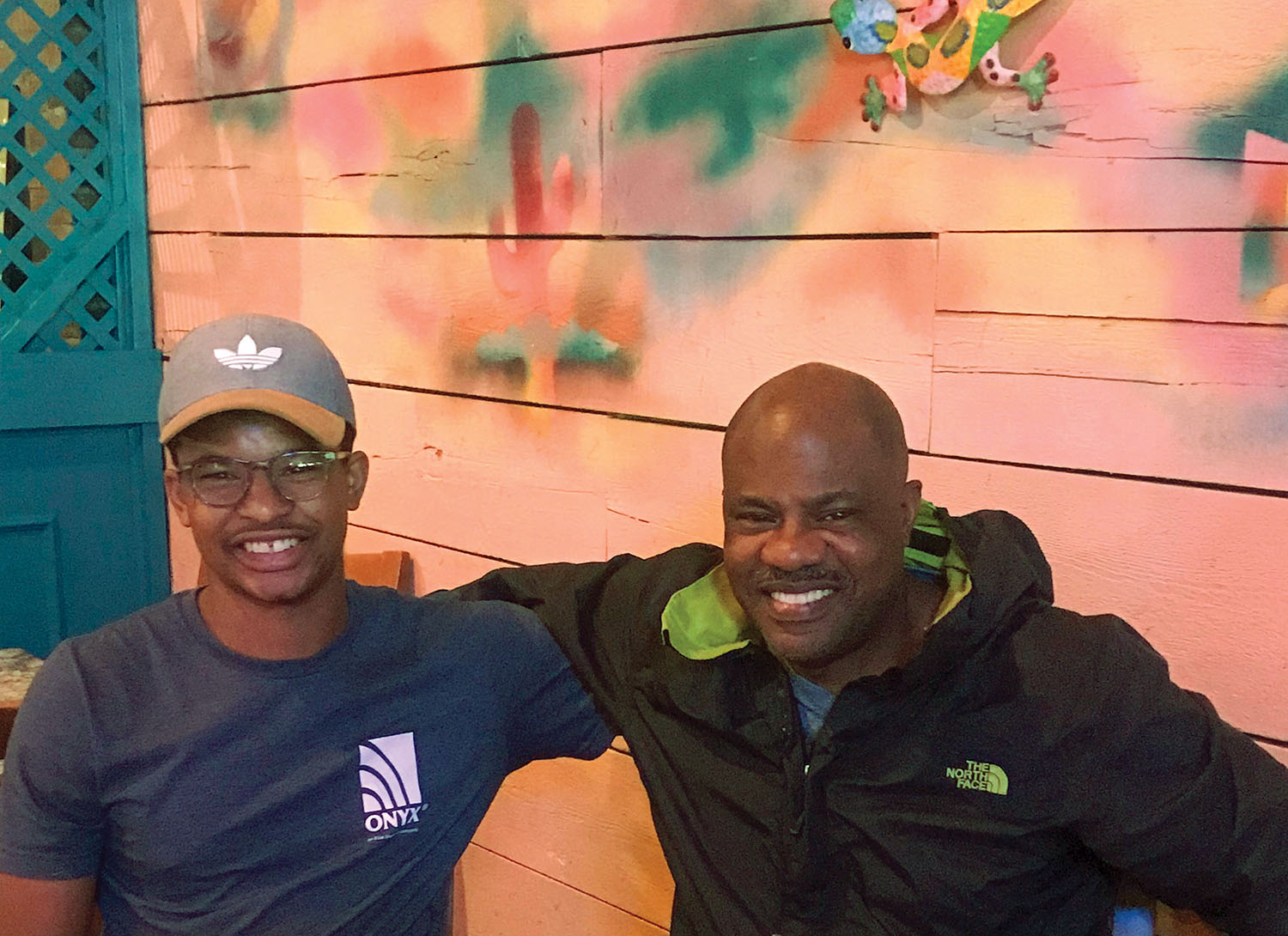 A father-son team are showing their values – supporting their family, faith and country – while both working at the U.S. Army Corps of Engineers’ Ensley Engineer Yard in Memphis, Tenn.

Ensley Engineer Yard Shops Unit Chief Marvin Roddy started working for the Corps in 2010. While on active duty with the military and then later working for the Corps, Marvin and his wife, Adrienne, raised two sons, Marsalis and Myles. Marsalis Roddy, now pumping plant manager, came to work for the Ensley yard in March 2019.

Marvin Roddy came to the Corps as a military retiree after spending 25 years in the Air Force and attending several schools while serving on active duty, including Western Oklahoma State College, City College of Chicago and the University of Maryland. He majored in mechanical engineering, promising his mother as a young man that he would go to school if she would sign for him to join the Armed Forces.

Years later, he said he still had an affinity for the military and felt camaraderie among the employees of the Corps, many of whom are veterans.
“I wanted to continue to give something back to the nation as well,” he said.

A short stint working in private industry did not give him what he was looking for.

Marsalis said he was exposed to the Corps through his dad.

“I would come up here some weekends when he was working overtime and kind of be his shadow around here at Ensley while I was working as an engineer for a medical device manufacturer,” he said. “Through that exposure, I just knew that was where I would want to work eventually. My dad would always talk about his experiences working for the Corps and what a good work environment it is.”

Marvin Roddy stressed to both his sons the importance of hard work and getting an education. That was something both followed up on.

“I told him he needed to make very good grades,” Marvin said of his advice to Marsalis. “Well, he worked very hard and was able to secure offers from two Ivy League schools and some other prestigious universities. Marsalis accepted the offer from Columbia University, where he earned his mechanical engineering degree in 2015.”

Younger son Myles graduated from Mississippi State University this year with a degree in computer science.

Marvin and Marsalis seldom cross paths at work, given their very different roles.

“If I see him at work, I see him,” Marvin said. “If I don’t, I don’t seek him out. I think it comes back to not being a helicopter parent. I tell him he’s a professional. He knows what he’s doing. We keep it professional.”

He said he is always willing to answer questions about anything with which his experience might be helpful, however.

“I’m a resource for him just like I am any other young engineer out here,” he said. “They can pick up the phone and get advice as well as my professional opinion.”

Marsalis said he appreciates having his dad to give him sound work advice when needed.

“He’s a great resource to learn from as far as how to handle situations I haven’t been exposed to yet,” he said. “He’s been there, done that. It’s so valuable to have that in the form of my dad. I’m very thankful to God to have that.”

“We try to keep it to a minimum as much as possible,” he said. “I think it’s good to keep boundaries in your life. We may spend a couple of minutes talking about it, but we mainly talk about home and family stuff.”

Still, he said, the best part about working for the same place, as far as he is concerned, is more time with his dad.

Marvin said he can’t help but enjoy watching both his sons mature in their knowledge and capabilities.

“I am very proud of him and his brother,” Marvin Roddy said. “They’ve worked hard, very hard.”
Of Marsalis specifically, he said, “I marvel at the fact I see my son growing every day as a young professional able to handle all that is put upon him in the Corps. There are projects he’s putting his hands on that are going to be there 50 or 100 years from now.”

The Memphis Engineer District has also taken notice of both Marvin and Marsalis Roddy’s work.

“The great thing is that they are both always ready to take on a new task with great energy,” said Kevin Woods, plant section chief. He talked about what a quick learner Marsalis has been at his job.

“Marsalis took on the challenges of his new position without hesitation,” Woods said. “It was a lot for anyone to get their arms around. He quickly identified the tasks needing to be done for all of his projects, determined the priorities and moved forward without missing a beat. He’s not scared to ask for help when he has a question, but he really does his homework first.”
Both men’s commitment to work and positive attitude also set them apart. Woods said of Marvin, “Anytime you ask Marvin how he is doing, he always responds ‘I’m great. You know I’m always doing great!’ “This attitude attests to his can-do attitude and desire to make something good of whatever comes his way.”

Through all their work, whether personally or professionally, the father-son team also remain committed to giving back. In fact, that is something that led Marsalis to coming back to Memphis, where he grew up, instead of seeking a job farther away.

“It’s all about serving the country and giving back,” he said. “When I was at Columbia University I always wanted to come back to Memphis and bring back what I learned from such a prestigious institution back to my home.”

Marsalis said he learned those lessons from his parents, including watching his father at as he went about his duties at the Air National Guard base in Memphis. Marvin also always encouraged Marsalis’ interests, including letting him fly a Cessna plane while sitting in his lap at around 5 years old and using his position as a loadmaster in the Air Force to organize a field trip to the Air National Guard base for Marsalis and his entire class to see planes, aircraft simulators and other facilities.

Marvin said his own commitment to service was passed on from his own parents, although he lost his father at 16 years old. Some of Marvin’s earliest memories involved chopping and delivering firewood for people with his dad, even when they didn’t have the money to pay right away.

“My dad never worried about it,” he said. “These were older people on fixed incomes.”

Other lessons in service came “at a nice old country church,” Marvin Roddy said. They attended services on Sundays as well as a New Year’s Eve Watch Night service every year, he recalled. “It was a focus and a beacon in my life growing up.”

Marvin Roddy said he still tells his sons to wake up every day and thank God they are alive, along with living out their faith through their actions. That includes working hard and treating people well.

“I’m very proud of my sons, both in their faith and them believing in themselves, believing that life is a journey,” Marvin Roddy said. “I’ve always told my sons, use your God-given talents. Just go and conquer whatever God has set out for you. Don’t limit yourself to just doing one thing and focusing on that. God already planned it out for them.”