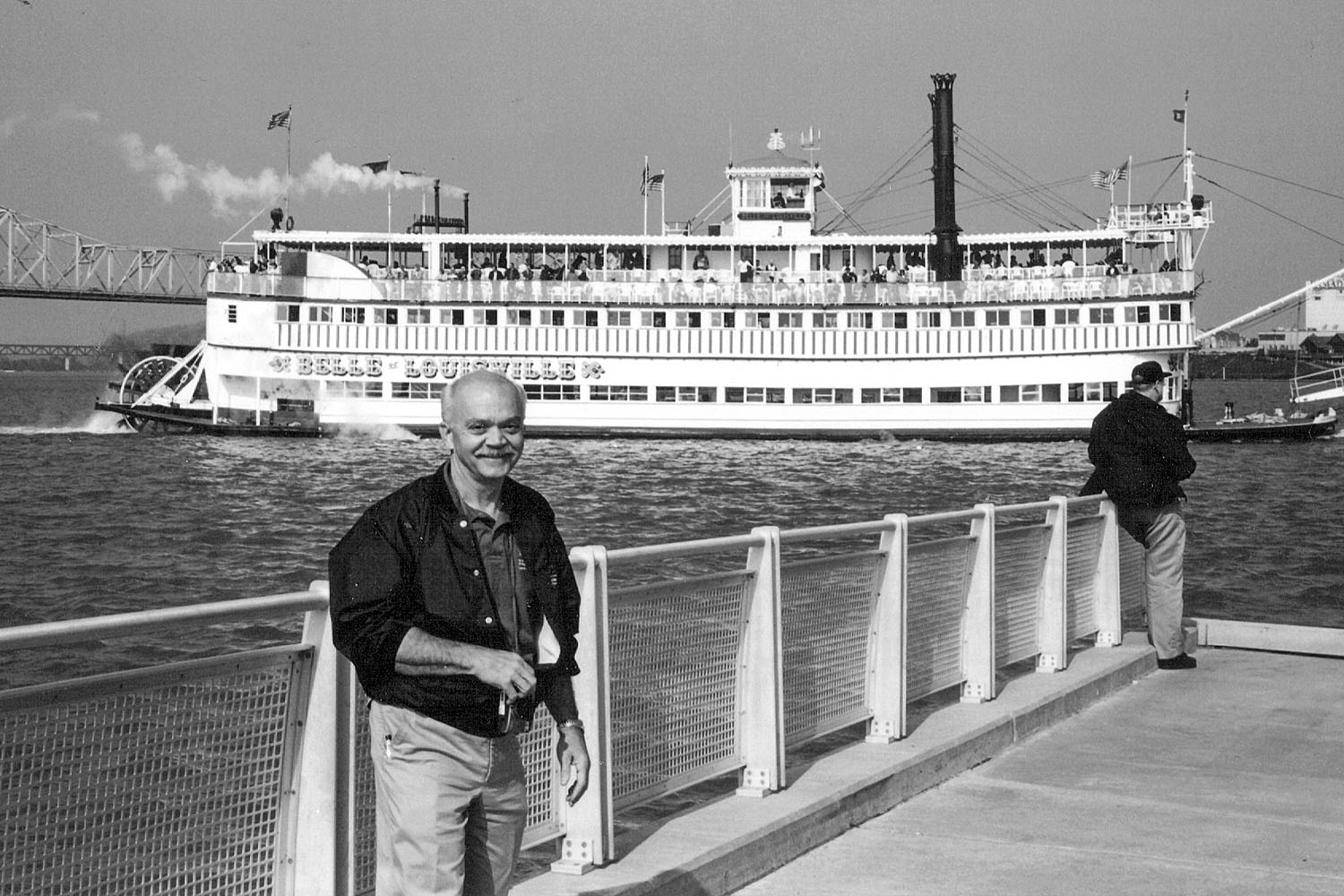 The river community was greatly saddened recently to learn of the untimely passing of Charles “Chuck” Parrish on December 21, 2020. He was 78.

Long the exemplary and kindly historian for the Louisville Engineer District, Parrish was highly regarded and well-known to countless river people; he ably served on the board of directors for various historical organizations, including the Howard Steamboat Museum. He was an avid reader of The Waterways Journal and was noted for his tireless and excellent presentations of scores of educational programs and the establishment of historical displays.

It was the privilege of this writer to work with Parrish on numerous occasions; his amazing knowledge, kindness, friendship and steadfast professionalism will be greatly missed.

During the summer of 2014, a reception was held aboard the century-old steamboat Belle of Louisville to celebrate the publication of “Heroes at the Falls, Louisville Lifesavers.” Authored by Dr. Leland Johnson (1937-2014) and expertly edited by Parrish, the book conveys the sensational saga of the only inland United States Life Saving Service and Coast Guard Station.

On October 22, 1881, the station was placed in service at Louisville, Ky., long touted as the most dangerous place on the Ohio River due to the falls. The mission of the station was to provide aid and rescue service to river travelers who fell victim to the treacherous rapids. The station was manned by local rivermen who kept constant vigil, and later by Coast Guard reservists during World War II to guard against possible acts perpetrated by saboteurs.

In 1929 the station was again replaced with a new boat, built at Dubuque, Iowa, and which is extant. The steel hull measures 98 feet by 38 feet, with a depth of 5 feet.

The only such federal installation on inland waterways, the unique stations stood guard against navigational disasters until 1972. Records reveal that between 1881 and 1915, 7,000 lives, and property worth $6 million, were saved by station crews. Station personnel also assisted in the enforcement of Prohibition by transporting federal agents to remote river islands in search of illegal alcohol operations.

Renamed the Mayor Andrew Broaddus in the 1960s to honor a former mayor of Louisville, the station is listed on the National Register of Historic Places and currently serves as the wharfboat for the excursion vessels Belle of Louisville and Mary M. Miller, containing ticketing/personnel offices, museum exhibits and a gift shop. The Broaddus has undergone hull replating and periodic repair on several occasions at the now-closed Jeffboat facility across the river.

“Heroes at the Falls” is published by Butler Books, in partnership with the now-defunct Rivers Institute at Hanover College, which sought to promote an understanding of the natural and cultural history of river environments. The fascinating and beautiful tome contains 128 pages and is profusely illustrated with intriguing images of the stations and the stalwart crews who manned them. The softcover book is available from www.ButlerBooks.com.

Caption for top photo: Chuck Parrish with the Str. Belle of Louisville passing in the background. (Keith Norrington collection)