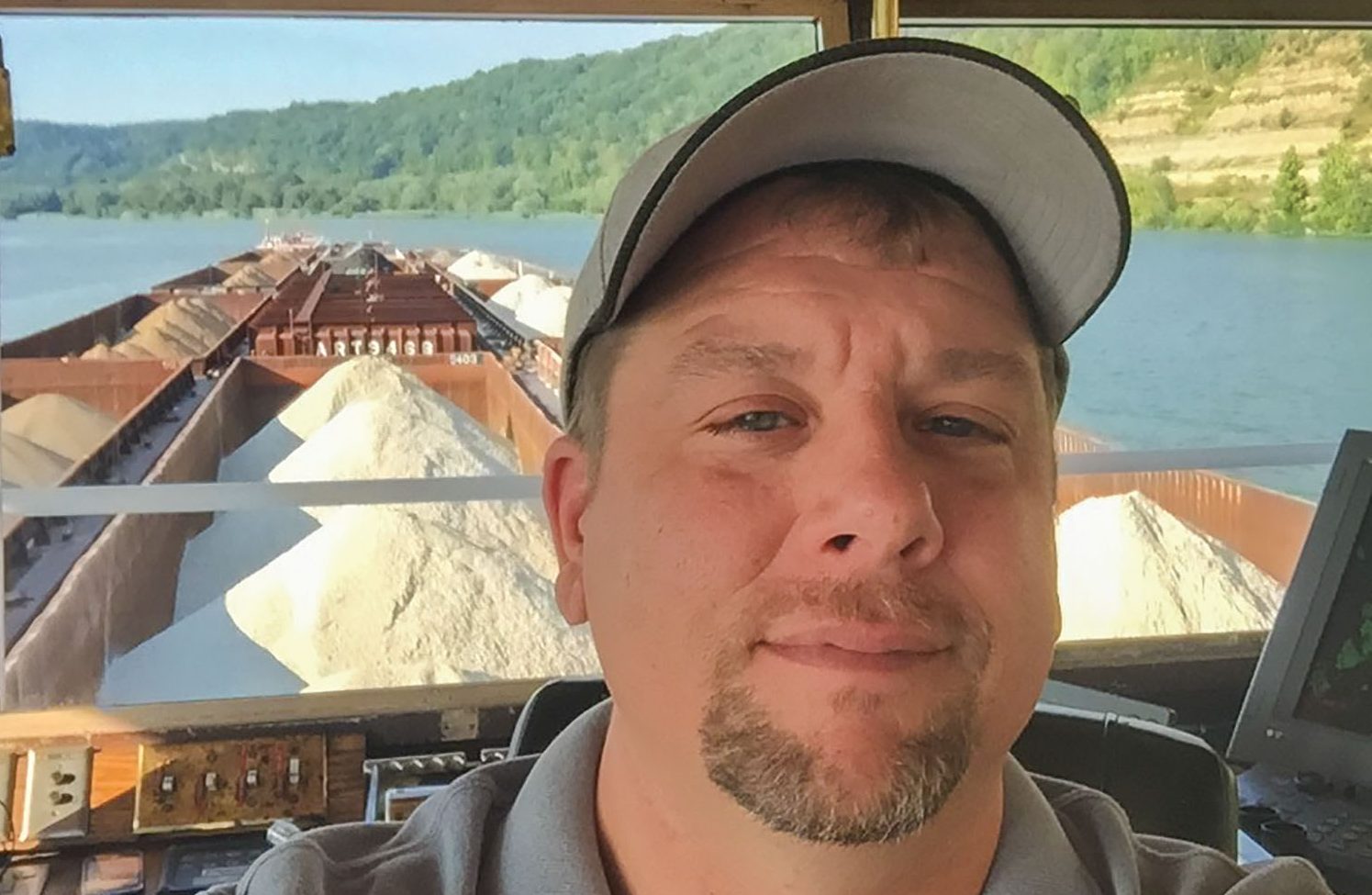 Reached by phone shortly before taking his 5-year-old son, Kason, to soccer practice near Uniontown, Pa., where he lives, Capt. Mike Porter told of his career on the river, starting with how much he enjoys working for Imperial River Transport. Like every riverman in the business, he needs to be away from home a lot, he said, and since he and his wife, Dawn, are raising a son and three daughters, the eldest of whom is 13, what he appreciates most about Imperial River is its willingness to meet his requests for time off when special occasions arise.

“Imperial River Transport is truly a family-oriented company,” the 46-year-old Porter said. “Whenever there is an important family function, they bend over backwards to make it possible for me to get off. And it is not just me. I have seen them pay for some funerals, and one time, they paid to send an employee to Florida for rehab because they didn’t want to see him throw his life away. I’m devoted to my kids and family, so I really appreciate their many acts of kindness.”

Porter is captain on the mv. Hailey Nicole, a 105-foot, 3,050 hp. towboat built in 1981, which is on charter to Campbell Transportation Company. Prior to that and for six years, he had been captain of the mv. Amber Brittany, which Imperial River just sold to C&B Marine.

His father is the one who introduced him to the river, he said. Working at the Dilworth Coal Mine, a riverside mine on the Monongahela River, where coal and coke were loaded directly into barges, one of his dad’s jobs involved manning the dock, and it gave him an appreciation of the river business.

“I was working at a Lowe’s around 1990 and looking to better myself,” said Porter, who was then in his early 20s. “My dad suggested I look into getting a job on the boats. I applied to Mon River Towing and got a job as a deckhand on the mv. Titan.”

He decked for five years on the Titan, then went to work for Campbell, where he made pilot after about eight years while working on the 2,400 hp. mv. Tensas. He joined Imperial River Transport in 2014.

One of the river experiences he remembers most was the near-record flooding in 1996 of the entire upper Ohio River basin. He was working on the Martin G, now the James H, owned at the time by Mon River Towing. “We worked round-the-clock helping to make sure all of the boats along the Pittsburgh riverfront were securely tied off,” he said. Those included a submarine moored at the Carnegie Science Center, the Coast Guard River Safety Station, the Pittsburgh Wind Symphony barge and the Gateway Clipper Fleet. “The City of Pittsburgh gave me a special citation, and the guys with Gateway said they’d buy me a steak dinner, although I haven’t collected yet,” he said.

Imperial River Transport LLC is a six-boat company located in Belle Vernon, Pa., that tows on the Upper Ohio, Monongahela and Allegheny rivers. Stacy Davis, the company’s operations manager, said she has worked with Porter for more than seven years.

“He is not only a great captain, but a better friend,” she said. It’s a hard job for these guys, being away from their family for so long. Having a captain like Mike makes it a little easier because he keeps it fun and treats his crew like family.”